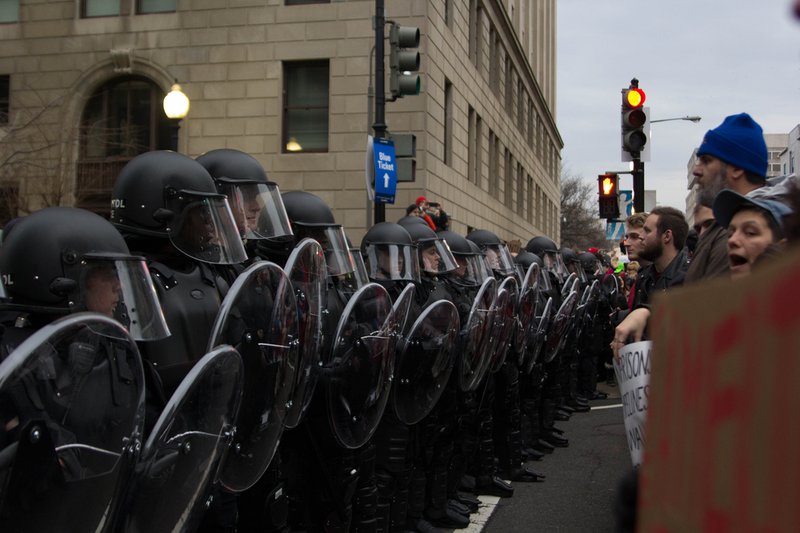 In just a single August weekend, two mass shootings—one in El Paso, Texas, and the other in Dayton, Ohio—left more than 30 people dead and dozens more injured. They were the latest in a recent spate of shootings linked to right-wing extremism—a trend that has sparked growing anxiety over the rise of violence in America aimed at political ends.

The United States is, of course, no stranger to domestic political violence. Its history is etched with entrenched racial and ethnic violence (including the Native American genocide, slavery, the widespread lynchings of the late 1800s and early 1990s), attacks on government installations and officials (such as campus fires and bombings from left-wing extremists in the 1970s), class-based political violence (including the Shays’ and Whisky Rebellions, draft riots in New York City during the Civil War, and violence around union organizing in the mid-20th century), and an undercurrent of gender-based violence (half of U.S. mass shooters between 2009-2017 included a female family member among their victims).

However, there is substantial evidence that political violence in the United States is on the rise. According to the Anti-Defamation League, 2018—which saw 50 people killed by domestic extremists, all with ties to the right-wing extremist movement—was the fourth deadliest year since 1970 for domestic extremist violence, ranking only behind 2015, 2016, and 1995 (the year of the Oklahoma City bombing).

The recently released Department of Homeland Security Strategic Framework for Countering Terrorism and Targeted Violence acknowledges that “we face a growing threat from domestic terrorism and other threats originating at home, including the mass attacks that have too frequently struck our houses of worship, our schools, our workplaces, our festivals, and our shopping spaces.” Moreover, a new report from Over Zero and New America warns that the 2019-2020 period has set in motion a series of cultural and political events that—combined with rising tensions over the past several years—could further intensify the risk of political violence and instability here at home. Drawing on research and on-the-ground experience from around the world, it identifies a confluence of four rising risk factors in the United States—and the ways in which these elements reinforce and amplify one another.

First, political partisanship has prompted increasing elite factionalization—a factor associated by political scientists with violence as well as with state failure. This is linked with a second risk factor: the polarization of U.S. society as a whole. Americans, the report notes, are increasingly likely to connect political differences to core identities rather than with issues; the political weaponization of race, for instance (a dynamic scholars have dubbed “ethnic outbidding” in other conflict contexts), has particularly concerning implications. An offshoot of these societal divisions may be heightened tolerance for violence aimed at partisan ends—13 percent of respondents to a 2019 YouGov survey felt that some violence by their own political party could be justified.

The report also points to increasing prevalence and acceptance of hate speech—a critical component in the lead-up to political violence, scholars note. This vitriol has embedded itself into mainstream U.S. political discourse: A video appearing to depict President Trump gunning down opponents was shown last week at the American Priority Festival, while the impeachment inquiry has spurred physically threatening social media posts from Trump’s supporters—as well as an apparent warning from the President himself that impeachment could lead to civil war. Dangerous speech, according to scholars, plays a critical role in the lead-up to political violence—something that might not surprise anyone who has been on Twitter recently.

Finally, in recent years, the United States has scored poorly among developed democracies on global rankings of electoral integrity. Public trust in the media and government has reached historic lows, while the Supreme Court, FBI, and Department of Justice have all lost credibility across partisan lines. These trends, according to the report, indicate weakening institutional legitimacy—a strong predictor of political instability.

Taken together, these factors represent potent kindling that could be ignited by impeachment, the 2020 presidential election, or other potentially divisive events over the next year.

There’s room for hope, however. The report offers a host of immediate-term recommendations for reinforcing U.S. resilience in the face of political violence—including empowering community leaders, strengthening norms against violence, and providing resources to targeted and/or affected communities.

The media also has a role. By pushing back against the erosion of press freedom and training journalists on how to report on extremist movements, media institutions can help de-escalate societal polarization—and continue to play a vital role in holding government accountable. They join a growing number of thinkers in political science, national security, and other fields who share this concern—and an increasingly urgent debate around how to best manage and ease the political tensions we are living with.