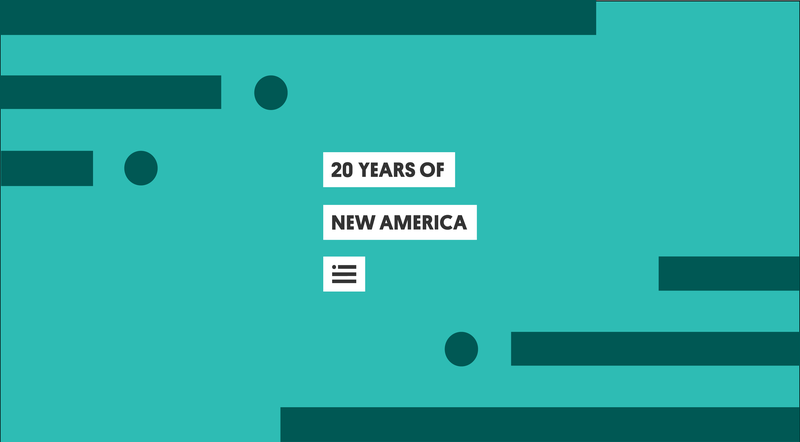 When I arrived at New America in 2007, the student loan industry’s dominance of the federal student loan program looked impenetrable. It may be difficult to believe that now, given that the government makes all federal loans, but to see how far we’ve come over the last decade, it’s worthwhile to revisit the recent past.

At the time, banks and other private for-profit and nonprofit lenders made the bulk of federal loans to college students and middlemen known as guarantee agencies, which insured debt on behalf of the government. The federal government paid substantial premiums to these entities to participate in the program and essentially covered all their losses when borrowers defaulted on these loans. With so many non-governmental players involved, the Federal Family Education Loan (FFEL) program was extremely complex and unnecessarily expensive for taxpayers.

Nearly 15 years earlier, the Clinton administration had recognized these problems and had pushed Congress to phase out FFEL and replace it with a program in which the U.S. Department of Education would provide federal loans directly to students through their colleges. The transition to “Direct Lending,” however, came to a grinding halt on election night in 1994. Republicans gained control of Congress and gave the FFEL program a new lease on life by allowing the loan industry to compete with the government for colleges’ business.

Competition sounds good. But fighting for colleges’ allegiances with private entities that it had generously subsidized for years put the government at a major disadvantage. The lenders threw their money around and provided all sorts of illegal inducements to schools that switched back to FFEL, from helping staff their financial aid offices to allowing the schools to share in the profits the lenders made off their students’ debts.

These practices were bad enough, but there were also rumors that loan companies were paying financial aid directors off to get these administrators to steer borrowers their way for federal loans and, even more significantly, for more expensive private loans that came with variable interest rates and fees depending on the lender.

New America’s Education Policy Program was, from its start in 2006, dedicated to removing the stranglehold the loan industry had on the federal loan program. In that spirit, Michael Dannenberg, the program’s founder, asked me to investigate the rumors of kickbacks soon after I joined the program.

To my surprise, it didn’t take long to find a smoking gun. While examining ties between lenders and financial aid administrators, I discovered a Securities and Exchange Commission (SEC) document showing that the financial aid directors at three prominent universities had significant personal investments in a student loan company that they recommended to their students. At the time, Student Loan Xpress, a relatively new company that was trying to become a bigger player in the student loan program, had provided cut-rate, insider shares of stock worth tens of thousands of dollars to the financial aid directors at Columbia University, the University of Southern California, and the University of Texas at Austin. In exchange, these university officials, who served as consultants to the company, steered their students to borrow both federal and private loans from Student Loan Xpress, regardless of whether the company offered the best deals for their students.

But that was only part of the company’s scheme. The SEC documents also indicated that it had provided at least $100,000 worth of stock to Matteo Fontana, who was in charge of overseeing the lenders and guarantee agencies that participated in the FFEL program. Court documents later revealed that the company’s investment in Fontana had paid off. In September 2004, Fontana overruled a decision by a lower-level U.S. Department of Education employee that would have prevented Student Loan Xpress from expanding its business. Company officials had asked Fontana to intervene, saying in an e-mail that the employee’s decision not to bless an arrangement they had forged with the Pennsylvania Higher Education Assistance Authority had left them “at a standstill and losing business by the day.”

After discovering the SEC document and doing our own reporting, I shared my findings with The New York Times. In early April, the Times ran articles about the scandal on its front page (here and here). At the same time, I reported what happened on our blog, Higher Ed Watch. As a result of my investigation, the financial aid directors lost their jobs, and in 2009, Fontana pleaded guilty to charges that he had lied to the government about his ownership in the stock and had illegally used his position to help the corporation expand its business. Under a plea agreement, he was required to pay a fine of between $85,000 and $115,000, but he did not serve any prison time. Meanwhile, Student Loan Xpress stopped making new loans in 2008.

These findings were the first to show that financial aid directors had received direct financial benefits for recommending lenders to their students and that the key Education Department in charge of overseeing the FFEL program was on the take. In the weeks and months that followed, the then-New York State Attorney General Andrew Cuomo reached multi-million settlements with lender after lender for providing illegal inducements to colleges and financial aid administrators to win their business.

Eliminating the FFEL program and having the government make all federal loans is a huge policy success not just because it ended the types of abuses that plagued the federal loan program. It also allowed policymakers to shift their focus from having to determine how much money they had to spend to make sure that private banks and lenders would continue making loans to students, to finding ways to make the federal loan program less costly and burdensome to students. For instance, it was virtually impossible for the government to introduce an income-based repayment program that all borrowers could access while private lenders held the loans. And it would’ve been much more difficult for the government to discharge federal loans of borrowers who were defrauded by their schools when banks owned this debt and expected to profit from it.

There are still serious issues that need to be addressed in the federal loan program, particularly surrounding the private companies that administer the loans and collect on them on the government’s behalf. As Congress moves forward with proposals to revamp the federal student aid program, New America’s Education Policy Program will be in the fray, just as we were a decade ago when we helped bring down a powerful industry that exploited a federal program to enrich itself at the expense of students and taxpayers alike.