Preventing the Politicization of Antitrust Enforcement 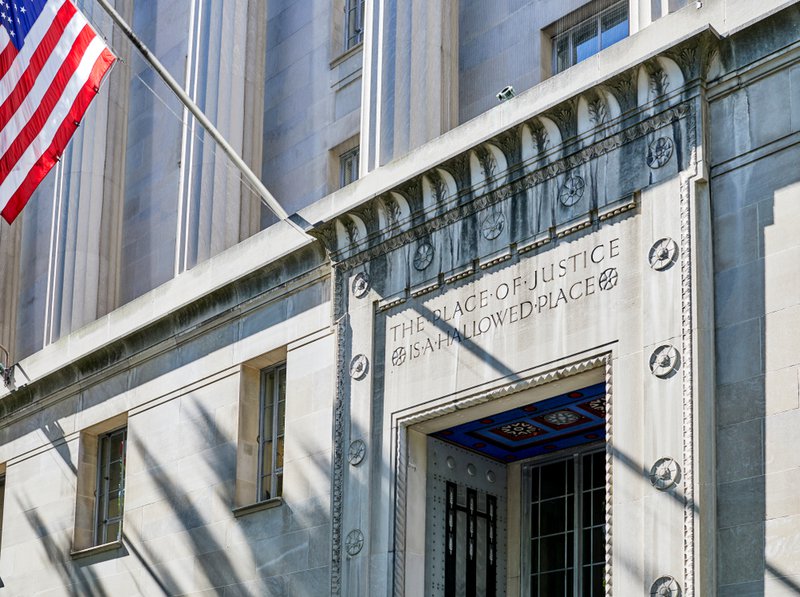 And yet, the Koch brothers have refrained from taking similar actions against President Donald Trump, who’s more cavalier with antitrust law compared to the current Democratic presidential candidates, even as speculation that he’s using antitrust to advance his own interests mounts.

As antitrust increasingly becomes a topic of mainstream conversation, it brings with it the political will necessary to ensure vigorous antitrust enforcement. But it also raises questions of whether enforcement agencies even have the necessary safeguards to protect the integrity of the process. These questions have only become more urgent under the Trump administration, which, notably, refuses to cooperate with the House Judiciary’s request for documents relating to the recent AT&T/Time Warner merger. Ultimately, this is an opportune time to consider how greater transparency might nurture the independence and accountability of the antitrust enforcement agencies, particularly the Department of Justice.

Let’s make the admittedly vague, wonky issue of antitrust enforcement a bit more concrete. Suspicions that Trump interfered in the AT&T/Time Warner merger investigation have lingered for over a year. He first made promises during his campaign, in 2016, that he’d block the merger. A report in The New Yorker claimed that Trump later ordered Gary Cohn, then the director of the National Economic Council, to intervene and stop the merger not only, the magazine alleged, because of his notorious dislike for Time Warner-owned CNN (which in his eyes is an avatar of “fake news”), but also because of his friendly relationship with Rupert Murdoch, who founded Fox, a major CNN competitor.

The AT&T/Time Warner merger is one of three antitrust decisions made during the Trump administration that could be characterized as “pro-Fox,” alongside Disney/21st Century Fox and Sinclair Broadcasting Group/Tribune Media Company. Separately, there’s also the pending merger between T-Mobile and Sprint, which is under review by the DOJ and the Federal Communications Commission. Executives from the two carriers have been accused of trying to win Trump’s support for the merger by racking up approximately $195,000 in charges at the Trump International Hotel in Washington, D.C.

Putting aside the legitimate antitrust concerns in each of these cases, even the suggestion that Trump is manipulating antitrust enforcement to advance his and his business allies’ agendas is cause for concern, and shines a light on various transparency shortcomings.

Consider the ways that the DOJ’s structure offers fewer safeguards against the risk of political influence than that of the Federal Trade Commission, the other government agency primarily responsible for reviewing mergers. While the FTC is an independent agency led by five Commissioners, the Antitrust Division at the DOJ is led by just one official: the Assistant Attorney General. Both the Assistant Attorney General and the Attorney General—who’s the head of the DOJ—are appointed by the president and confirmed by the Senate.

In addition, while all five Commissioners are instated by the same process, the FTC not only has more decision-makers leading it; it also is protected against the risk of undue political influence, since no more than three Commissioners can belong to the same political party.

Likewise, Commissioners must vote on enforcement decisions, but decisions at the DOJ are streamlined through the Assistant Attorney General. On top of that, the risk of political influence at the DOJ is further exacerbated by the fact that executive appointees serve at the will of the president, whereas Commissioners can only be removed for cause.

See a problem? This structural difference blurs the political independence of the DOJ.

Indeed, the Antitrust Division’s structure, I’d argue, puts the agency at an institutional disadvantage when it comes to transparency relative to the FTC. The structure of the FTC creates incentives for Commissioners to divulge their rationale for their votes; dissenting Commissioners benefit from issuing statements on how their policy stances differ so that they may encourage majority Commissioners to issue their own statements. Meanwhile, by relying solely on a single decision-maker, the DOJ operates without such incentives. As a result, the FTC’s statements typically share more details than the DOJ’s, which, in turn, fuels greater transparency of the agency’s decision-making process—and arguably increases public trust in antitrust enforcement that’s guided not by undue political motivations, but, rather, by facts and the rule of law.

As another example of this transparency tightrope, consider the fact that, though the Antitrust Division does operate under due process norms, it’s not unheard of for staff to inform the White House about upcoming decisions. Staff attorneys and economists conduct investigations that lead to recommendations to the “Front Office” on how to proceed with a case. Only the Assistant Attorney General can approve decisions to litigate. Though no further approval is needed, the White House is sometimes looped in at this point, usually when the case involves a high-profile transaction. For instance, President George W. Bush was briefed on the DOJ’s review of the Microsoft case, including prior to the public announcement that the Division wouldn’t seek a break-up of the company. Of course, simply notifying the White House doesn’t necessarily imply presidential interference, but it could open the door to it.

Just look at President Richard Nixon, who also was marred by questions of improper influence on antitrust enforcement. During his administration, the DOJ settled a number of lawsuits that would’ve blocked International Telephone & Telegraph Corp.’s (ITT) mergers with several other companies after a suspiciously well-timed $400,000 donation from ITT to the Republican National Committee. In response, Congress passed the 1974 Antitrust Procedures and Penalties Act, or the Tunney Act, which requires federal courts to review consent decrees in the department’s civil antitrust cases to ensure that the remedy is in the public interest.

The Tunney Act is, certainly, an example of the checks and balances that exist in antitrust enforcement. But judicial review doesn’t sufficiently provide for accountability. For one, it relies primarily on judges’ discretion in interpreting and applying antitrust laws. And this is to say nothing of how most transactions reviewed by the relevant agencies don’t end up in court.

How to fuel greater transparency and accountability throughout the decision-making process?

One critical option would be for the DOJ and FTC to issue statements explaining the agency’s rationale for each decision. Of course, greater transparency isn’t without its trade-offs. Courts may hold agencies to their written statements in other cases, and statements would require time and resources that could be better spent on enforcement.

Still, now is the perfect time to evaluate whether sufficient checks and balances exist to prevent the politicization of antitrust, and to consider whether it’s time to bolster the accountability of the institutions we rely on for its enforcement. We need not go as far as to restructure the DOJ. But greater transparency can go a long way toward restoring public trust in the merger review process. Only then can we move the public discourse beyond the specter of presidential interference and focus, instead, on the legitimate antitrust concerns at hand.