The Persistence of the Blame Game 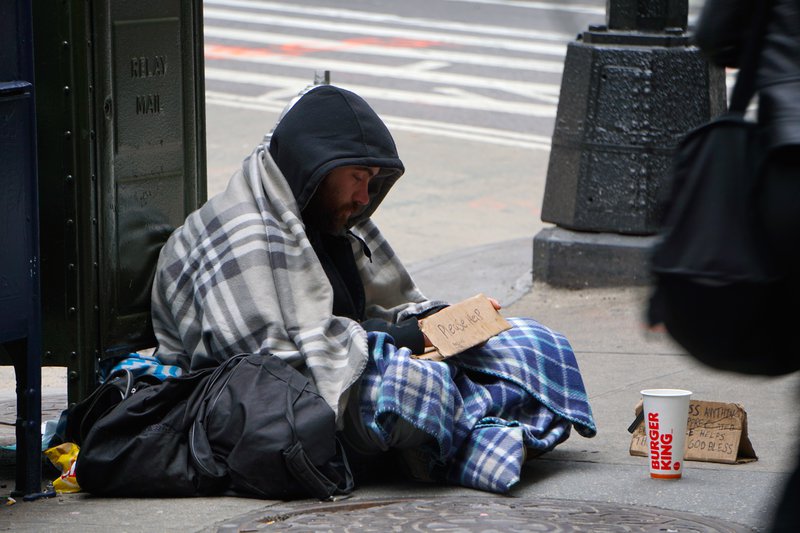 The possession of wealth isn’t about values or responsibility—it’s about public policy.

Even so, there’s a toxic persistence to this “politics of responsibility,” one that proliferates chronic poverty. Take how San Antonio’s mayor recently said, spuriously, that “people not being in a relationship with their Creator” is a cause for poverty. Or how, just this month, Rep. Mo Brooks of Alabama claimed that healthy people “lead good lives” and have “done things to keep their bodies healthy.” Even pre-existing conditions, it seems, are somehow the outcome of poor personal responsibility. And we can’t forget Utah Rep. Jason Chaffetz’s suggestion that if people could simply resist buying the latest iPhone, they could afford healthcare coverage. Not only has this comparison been shown to be inaccurate; it also ignores the structural reasons for America’s lack of coverage, such as an employer-based health care system.

Darrick Hamilton, an associate professor of economics and urban policy at the New School, echoed this sentiment in a conversation with New America Fellow and Washington Post reporter Janell Ross at New America’s annual conference last week. “The rhetoric around responsibility, not only is it fictive and not true, but it’s also harmful,” Hamilton said. “It’s harmful because it removes public responsibility from addressing these structural issues.”

Of deep concern, Hamilton would go on to illustrate, is that the narrative that shapes our public policy is based on a lie—it’s a scapegoat for historical inequities and present-day reluctance to address them, as well as an excuse to police behavior and punish those who fail to comply.

Indeed, the age-old notion of wealth as thrift is responsibility politics in its simplest form: Hard work plus conservative consumption should be enough to pull yourself up by your bootstraps. However, we know that this just isn’t the case. From its earliest days, policies to help families build wealth have been deployed across heavily racialized lines. And today, we still perpetuate this legacy by preserving and maximizing wealth for those who already have it.

Homeownership, for example, has historically been a significant indicator of wealth building. White homeowners, benefitting from redlining and other discriminatory housing policies, were able to pass down their property to the next generation with little to no tax penalty thanks to lax estate taxes. While the 2007-2009 recession affected nearly everyone, because black families had a larger proportion of their wealth in home equity, they were hit harder. Black people were also disproportionately targeted for predatory loans compared to their similarly creditworthy white counterparts. The home mortgage interest deduction is another legislative example that only serves to reward and perpetuate wealth for top-earning Americans. The deductions cost the government at least $70 billion each year, but only benefit the top one-fifth of income earners. Meanwhile, aspiring homeowners in lower income brackets don’t receive the same opportunity to build wealth and are stuck renting at disproportionately high rates.  The housing assistance policies we do have in place, like housing choice vouchers, are not working. Vouchers are meaningless if you can’t find a landlord who will accept them.

This isn’t to say that personal behavior is irrelevant. Of course, the choices we make matter. However, it’s important to consider the extent of our agency in making these choices and the context in which they are made. Moreover, there’s an inherent racial bias in the punitive philosophy of personal responsibility. This hypocrisy was made clear in the wake of the 2016 presidential election, which resulted in a collective search to understand the economic anxiety felt by the many white, working-class Americans who voted for Trump.

“The narrative [of personal responsibility] is hypocritical to begin with,” Hamilton said. “When we characterize white family’s struggles, we don’t focus on ‘you don’t work hard, you’re not playing by the rules.’ It becomes ‘the economy is leaving you behind,’ ‘outsourcing,’ etc. Merit and facts don't support the arguments.”

In contrast, black families don’t elicit the same concern or empathy. A Pew opinion survey conducted last year revealed that “lack of motivation to work hard” and “family instability” were top responses to “why black people in our country may have a harder time getting ahead than whites.” A majority of respondents who acknowledged “racial discrimination” as a contributing factor described it as individual, rather than institutionalized, prejudice.

This speaks to a larger narrative about who deserves a helping hand and who is greedily scamming the system. How does one demonstrate personal responsibility? Being self-sufficient means having wealth to weather all kinds of financial storms. 47 percent of Americans can’t come up with $400 to cover an emergency expense. At the conference, Hamilton encouraged the audience to consider the everyday implications of wealth.

“Think about all the things wealth brings—[shelter from a] crisis in your home, financing an elite education, expensive medical bills, political influence. The primary determinant of that is net worth or wealth.”

So where does that leave us? We have policy makers that are convinced the solution lies within individuals to make behavioral changes, but an ever-widening racial wealth gap—one that will take over two centuries to close—to show that approach isn’t working.

“We know what to do about inequality and poverty,” Hamilton stated, before he offered two examples of policy. One, put forward by economist William Darity, is to establish baby bonds. The idea is to set up trusts for children in low-income families that will grow with them and provide seed capital for a business or down payment on a home when they need it later on. This would allow children who don’t have the benefit of generational wealth to have the same asset-building opportunities as adults.

The second idea Hamilton explained is a federal jobs guarantee, and how that would provide a living wage and remove the threat of unemployment, thereby strengthening labor bargaining powers. “Empower workers so they’re not destitute by the threat of having something taken away,” Hamilton said. He also suggested formalizing care work that women, primarily, are already performing by providing them with wages and benefits.

“We’re not short on policy. The issues are narrative and political—do we have the will to come up with a society that empowers people so they can be self-determining and achieve their goals?”