The Not So Secret Reality for Millions of Americans 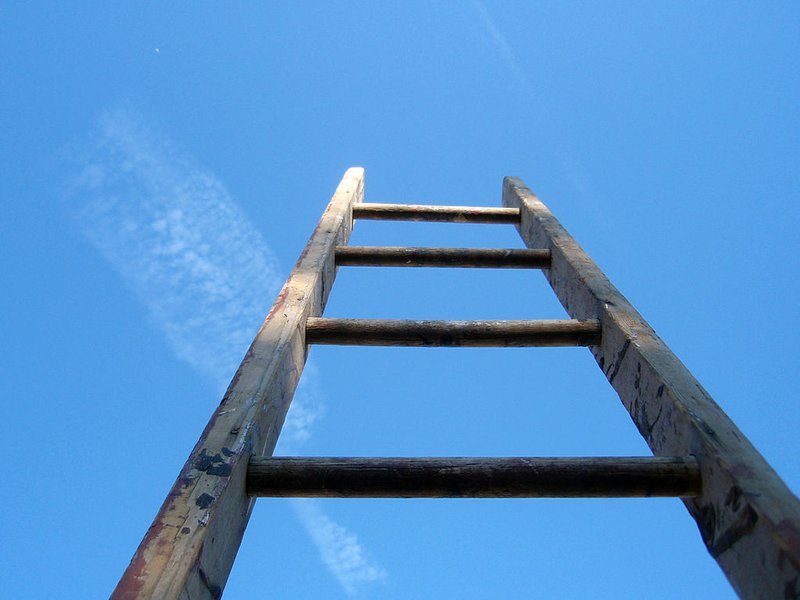 The Atlantic's May cover story, "The Secret Shame of Middle-Class Americans," explores how financial insecurity can be felt on every rung of the income ladder, through the financial struggles of the author, Neil Gabler.

With the admission that he is among the 47 percent of Americans unable to put their fingers on $400 in an emergency, Gabler chronicled a series of financial mistakes and misfortunes that led him to his own financial distress. His story is meant to highlight that financial turmoil is fairly ubiquitous, "striking across every demographic divide."

Gabler's account is laid out honestly, showing the shock of how one American family just can't seem to live out the American Dream. But his portrayal of his experience as being broadly shared, and his giving only casual acknowledgment to the truly exceptional nature of this "ubiquitous" story has generated some pretty predictable pushback.

For starters, as Dedrick Asante-Muhammad, director of the Racial Wealth Divide Project at the Corporation for Enterprise Development (CFED) writes in The Atlantic, the "distant reality" of the American dream is "not news" to millions of Americans: people of color and/or low-income people.

Just this past month, the Center for Global Policy Solutions released a paper and hosted a summit on the racial wealth gap. The oft-cited statistics of this gap: Asian Americans on average have 80 percent of the wealth of white Americans. African Americans and Hispanics, a mere 10 percent.

Gabler's piece was centered on how many Americans don't have even $400 saved. But in an emergency, "many white families could instead turn to liquid assets, such as stocks or bonds or other savings," wrote Gillian White of The Atlantic, responding to Gabler's piece. Since comparable assets are often unavailable to people of color, the commonality of Gabler's story is called into question. Indeed, Gabler discusses his ability to empty a 401k, which whites are more likely to hold—note that on average, white families have $100,000 more in liquid retirement savings than African-American and Hispanic families. He also owns his home, which is located in the Hamptons; homeownership is more common among white families, and they're more likely to live in areas where their homes will accumulate significant equity. When people of color do own homes, their mortgages tend to be much more expensive—even if all other variables besides race are held equal.

Gabler does briefly mention race and class—before diverting back to a generalist lens: "Certain groups—African Americans, Hispanics, lower-income people—have fewer financial resources than others. But just so the point isn't lost: Financial impotence is an equal-opportunity malady." The problem here is that African Americans, Hispanics, and lower-income people are not groups to mention just once in an article to give the impression that race- and class-based nuances have been considered. Especially when all evidence tells us, in the words of White, "[financial insecurity is] in no way an equal-opportunity offender."

Gabler does admit that he "has it better than many Americans, probably most." It's good that Gabler recognizes this, but—once again—one sentence alone doesn't begin to describe how devastatingly true this is.

For many Americans who have little savings, "just getting by" can be difficult. As research by the Urban Institute shows, "low-income families who are liquid-asset poor are twice as likely to report increased hardship, such as food insecurity or inability to pay bills, compared to similar families with sufficient liquid assets." And the solutions available may sometimes make things worse. While higher-income people may be able to rely on family members, lines of credit, or other assets during tough times, low-income people often turn to predatory services like payday lenders for short-term loans. As it's well-known, these lenders often charge exorbitant interest rates upwards of 1000 percent, trapping families in cycles of debt. This makes it more likely that individuals will have trouble paying bills and rent, adding housing instability as another obstacle to financial security—eviction then becomes a real possibility.

The issue here is not to say that Gabler's plight isn't important—financial distress is certainly terrible for anyone affected. Financial insecurity does affect all demographics and races—just not equally.

But we don't often hear about this.

What Gabler's story clearly demonstrates is the surprising extent that financial insecurity climbs up the income scale. What's less understood, however, is the extent to which existing policy responses to building financial security serve households like his, rather than families throughout the spectrum. It's a disservice to the people most impacted by financial insecurity to ignore the ways that public policy has buffered Gabler's experience, through tax subsidies for homeownership, retirement, and others, but ignored theirs. A better policy approach would address the most ubiquitous need first—that for emergency savings.

There are myriad stories, each with a unique plot twist. Not everyone has parents who can share their wealth. Not everyone has access to a financial advisor. Not everyone has a bank account. As a response to Gabler's piece, Helaine Olen wrote in Slate on how we tend to conflate the stories of popular writers with financial troubles, who tend to come from more privileged backgrounds, "with the financial firestorm facing the truly poverty-struck, not to mention the pressures felt daily by the increasingly squeezed middle class."

When constructing policy, all stories need to be considered—not just those of the ones publishing them.