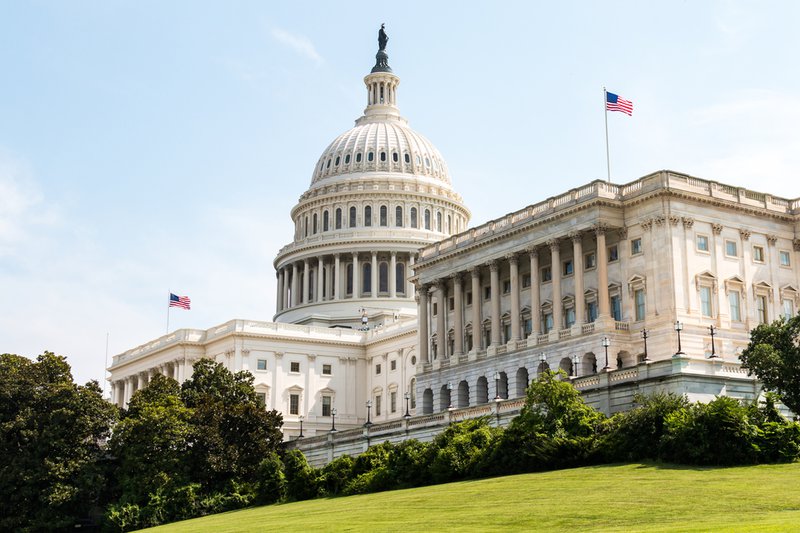 The U.S. Congress acts in brief, infrequent bursts of progress, with consequences that extend decades into the future. Think of the Great Society programs, all enacted over the span of two years in the 1960s; the frantic creation of the Department of Homeland Security and the Patriot Act after the September 11 attacks; and the major legislative achievements of the Obama administration, most of which occurred in a 212-day period when Democrats had 60 votes in the Senate. Despite the mood of intense political conflict, the last seven years have been a relatively moribund period—with the exception of the 2017 Trump tax cut—particularly because Senate Majority Leader Mitch McConnell has kept the institution closed for most business other than judicial nominations.

No matter who wins the 2020 presidential election, 2021 and the years that follow are likely to bring another torrent of activity, and demand much more of the legislative process. Given the enormous challenges of the moment—in health care, the economy, social justice, and the environment—there’s just too much pent-up demand for government to take action. To meet the challenge of the moment requires members of Congress and, above all, congressional staff, to bring substantial expertise and experience to the issues under debate. But there is reason to worry that Congress lacks that capacity today.

Though rarely in the spotlight, congressional staff play a central role in the design and passage of legislation. Legislation comes together in a rush; complex programs are designed late at night and fit together with existing programs in unforeseen ways. Policies implemented through tax benefits and state–federal partnerships add even more levels of nuance and uncertainty. Mistakes and omissions have real-life consequences, including a deepening distrust of government.

Experienced staffers who have deep expertise on both policy and the politics of an issue, who are respected across party lines, and who represent those affected by policy, are essential to designing programs that reach those they’re intended to benefit. They have the institutional knowledge to avoid mistakes, and can keep the public interest in mind—if they have experience, integrity, and commitment to the institution. While many such staffers work for congressional committees, individual legislators also need experienced staff to help them navigate votes, hearings, decisions, and constituent engagement.

Over the last 15 years, congressional staffers have shifted away from policy work and toward political work aimed at reelection, public relations, and constituent communications.

But in a recent New America report, Congressional Brain Drain, political scientists Alexander Furnas and Tim LaPira find evidence that such staffers—experienced, talented, and dedicated to their current jobs—are the exception rather than the rule in today’s Congress. The report finds that the average staffer spends barely three years on Capitol Hill, and the vast majority don’t expect to stay more than five years. Because of low pay—a chronic problem that’s getting worse—and family-unfriendly hours and dreary working conditions, staffers see their jobs as stepping stones not to more senior positions in the legislative branch or elsewhere in government, but to the more lucrative world of lobbying or elsewhere in the private sector. Not only is their time on the Hill too brief to gain real expertise (staffers with less experience also know less about the legislative process and the issues) but their interests, and perhaps their analyses, are distorted by their expected next job, even if they don’t know what it will be.

Over the last 15 years, congressional staffers have shifted away from policy work and toward political work aimed at reelection, public relations, and constituent communications. Less than 20 percent of office resources are spent on legislative staff, while the category of staff defined as “political leadership” has expanded.

Staffers are also more partisan and more ideological than in the past (65 percent of staff identify as “strong partisans”), although that’s probably a function of larger shifts in the political environment. But it comes at a cost: As a Senate staffer working for a Democrat in the 1990s, I remember relying on the expertise of longtime Republican staffers on at least three committees, who understood and respected our different policy preferences but had their own long-term incentives to be seen as honest brokers of useful information. Congressional staff, who often spend more time with each other both professionally and socially than their bosses do, can, in theory, help bridge political divides—but little of that seems to be happening today.

Finally, congressional staff should also reflect the country and their districts or states, and bring to policy debates their own experiences with programs and policies. Yet, as Furnas and LaPira observe, “the most common demographic profile for a typical staffer is a white male with a bachelor’s degree.” The vast majority begin with internships, and most of those staffers are unpaid or underpaid. Young people with heavy student loan burdens, with families of their own, or who are unable to afford Washington, D.C.’s cost of living, are shut out of the opportunity to bring their experience and knowledge to Congress. And informal networks keep the circle closed.

What responsibility, then, do members of Congress have in setting a standard that prioritizes policy over politics? Recently elected members of the House, particularly those in the class of 2018, have served as a reminder to older members and to observers of Congress of just how effective a member can be when she or he masters an area of policy and deploys that knowledge in hearings and in developing legislation. Rep. Katie Porter’s (D-Calif.) grilling administration officials over the workings of their programs has brought overdue accountability to agencies. Similarly, members of Congress from more diverse backgrounds have introduced new perspectives and ideas that will likely take hold in the next Congress. We need staffers who are similarly representative, passionate, and knowledgeable.

At a time when Congress has been stalled and dysfunctional, it can be hard to make the case for paying staffers more and encouraging them to stay longer in their jobs and build expertise. But given the staggering policy challenges facing the country and Congress in 2021 and the years that follow, we have no choice but to break the cycle in which staffers have one foot on K Street as soon as they begin.