One Part of the Country Still Doesn’t Invest in Pre-K. Here’s Why. 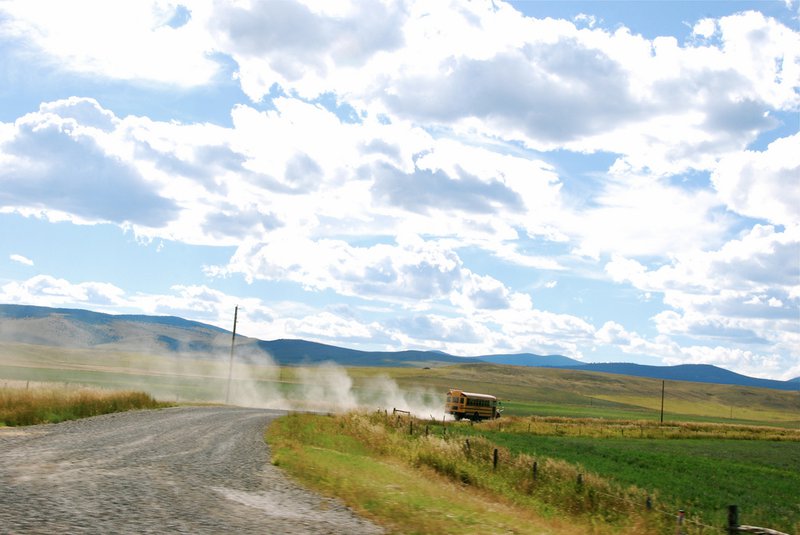 This sparsely populated region, unique in both its striking landscape and rugged individualist ethos, is not exactly the center of attention when it comes to matters of public policy. So perhaps it is not surprising that while almost all states across the country have moved toward greater investment in pre-K, this region’s resistance to do so has, to a certain degree, escaped scrutiny.

As research confirming the critical importance of a child’s earliest learning experiences has grown, so has political momentum behind investment in publicly funded pre-K. In states both conservative and liberal, rural and urban, pre-K is receiving more attention, more support, and more funding. Indeed, though funding remains severely inadequate on the whole, nearly every state now dedicates at least some state funding towards pre-K initiatives—a trend that has been researched, analyzed, and discussed considerably in recent years.

But far less discussed are those states that have bucked this national trend toward investment in pre-K—“those last holdouts,” in the words of President Obama just this week. Five states—Idaho, Montana, New Hampshire, South Dakota, and Wyoming—still do not provide any state funding towards pre-K. And all but one of the five are in the mountainous west.

What is it about this region that has rendered it unable or unwilling to invest in pre-K at a time when states across the country are moving toward greater investment in early childhood education?

To answer this question, I examined a number of factors to determine what sets these specific states in this particular region apart. Having considered everything from state education spending and political leadership to polling data, demography, and geography, a number of trends emerged that, taken together, may help explain their lack of action when it comes to funding pre-K.

This region’s failure to act on pre-K may be accounted for by a combination of the following factors:

While none of these factors alone can explain these states’ lack of investment in pre-K, taken together, they may help to describe the unique environment that exists there—one that lends itself to inaction when it comes to pre-K.

Perhaps the most influential factor is the unique set of political and cultural values that shape this region. While the American west is no longer “wild,” the rugged individualist ethos upon which the western frontier was founded remains a significant part of its political and cultural identity. A report from the libertarian Cato Institute, found the most libertarian states to be those in the “Goldwateresque, ‘leave us alone’ Mountain West” and New Hampshire. (New Hampshire, the “Live Free or Die” state, also happens to be the one state outside of the Mountain West that does not fund pre-K.) This individualist, libertarian streak manifests itself in the states’ collective exaltation of personal freedom, privacy, and a general skepticism of the government’s role in their daily lives. It would make a certain sense, then, that, in this region where the idea of limited government is venerated, what could be seen as another government entitlement program or an encroachment of the “nanny state” into the domain of child rearing may be looked upon with suspicion.

But political and cultural identity alone does not explain these states’ lack of pre-K investment. After all, similarly conservative and rural states like Georgia and West Virginia have some of the most robust public pre-K programs, as do other libertarian-minded, western states like New Mexico and Nevada. (I use these four states as points of comparison in the graph below.)

Instead of falling back on regional caricatures, let's look at the actual demographic forces at play. What seems to set these five states apart is a combination of the following three demographic and economic measures: percentage of children in single-parent households, poverty rate, and population density. All four pre-K holdouts in this region rank considerably lower than average on these three measures.

The next factor that sets these five states apart from other similarly rural, conservative states is their relatively low poverty rate. Georgia, West Virginia, Nevada and New Mexico have an average poverty rate of 18.2 percent. In the four western states without pre-K funding, the average poverty rate is just 13.8 percent -- well below the comparison states and below the national average of 15.5 percent.

So why are rates of children in single-parent households and poverty relevant to a state’s action or inaction on pre-K? When these closely-intertwined measures are low, public pre-K may not be as high of a public policy priority. That’s partly because with relatively low poverty rates, state policymakers and citizens may be less likely to be persuaded by arguments that pre-K is necessary as a tool to lift children and parents out of poverty. And with similarly low percentages of children in single-parent households, fewer families may rely on pre-K as a vital source of affordable, academically enriching childcare. In other words, there simply may not be the same level of urgency (although to be clear, there is still a need) and political will, to invest in pre-K like that which exists in otherwise comparable states.

The final characteristic that may help explain why these states remain pre-K holdouts is low population density.

This is especially relevant in Idaho, Montana, South Dakota, and Wyoming, which make up four of the country’s seven least dense states. When children are more physically spread out, states and providers face greater obstacles to providing pre-K. A 2008 report by the Pew Charitable Trusts found rural areas face significant barriers in terms of funding, transportation, providing adequate facilities, and recruiting and keeping enough qualified educators.

These factors, taken together, help shed light on why funding pre-K for the most part has been a relatively low policy priority in these states. Admittedly, this is a picture painted with a broad brush. Additional research is needed to evaluate the unique political, economic, and cultural intricacies of each state. And this is not to say that there are not states with similar characteristics that are investing in pre-K. Utah, North Dakota, and Nebraska all share comparable features. Yet, with the exception of Nebraska where investment was driven in part by the philanthropic community, these states’ investment in pre-K are extremely limited and only a fairly recent development.

Some of the five states have shown real potential for progress in terms of pre-K funding. Montana’s governor Steve Bullock, for example, has made investment in pre-K a top priority of his administration, helping to secure a $10 million Preschool Development Grant from the U.S. Department of Education to create and expand existing pre-K programs. And New Hampshire has also demonstrated an effort to move on pre-K, applying for a multi-million dollar Race to the Top-Early Learning Challenge grant in 2013. However, that application was not awarded.

Moving forward, rural states like those in the mountain west with low population density may be wise to look at how similar places such as New Mexico and Nebraska are investing in pre-K in ways that fit their circumstances. Nebraska in particular, deserves close attention as it shares many of the same political, economic, and social characteristics of the four states.

In all states, tremendous progress is to be made before high-quality pre-K is available to all children. We know that high-quality pre-K works—improved cognitive and social-emotional skills, increased graduation rates, and higher future earnings are just a few of its measured benefits. Fortunately, most states across the country have already taken the first, if not more, steps to funding and expanding pre-K. When we begin to understand the unique political, economic, and cultural circumstances that exist in each of the remaining “holdout” states, we’ll come closer to ensuring that the thousands of children in Idaho, Montana, South Dakota, and Wyoming are not left out of high-quality early learning opportunities. And perhaps one day, high-quality pre-K will be as much a part of the fabric of the mountain west as big mountains and blue skies.