No Child Deserves to Attend a Crumbling School 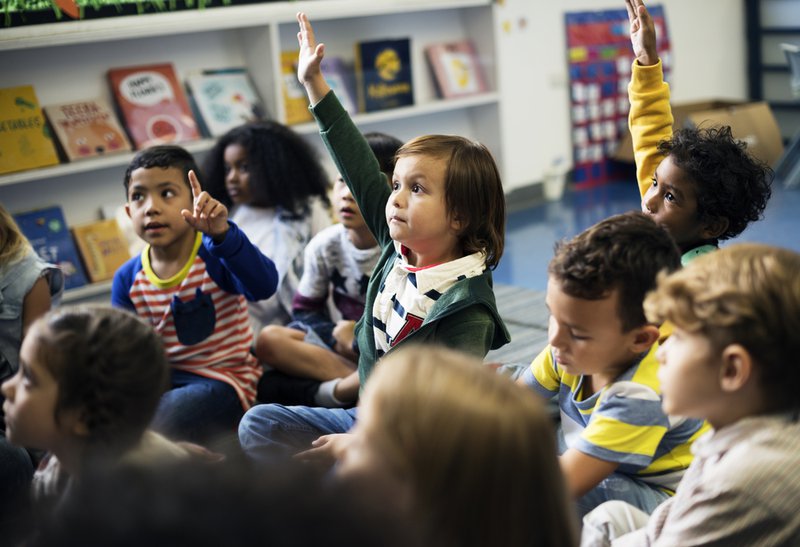 In the spring of 2011, I led my kindergarten class down the hallway of an elementary school in Philadelphia. Our destination: the bathroom, which wasn’t in the classroom. As the children walked, they dragged their hands along the walls, causing the tiles to crumble off in chalky rocks and cascade onto their hands and the floor. We turned right at the water fountain—a favorite resting place for cockroaches that crawled out of the pipes. The unmistakable smell of the bathroom, its ceiling stained with urine from the one above, let us know that we were close.

As I reflect on that experience from nearly a decade ago, I think of the millions of students entering schools just like this one in the coming weeks. The putrid building in which these young children learned is emblematic of the equity imbalances in early and elementary education alike. Students from families with low incomes are more likely to be in facilities in poor condition, partially because infrastructure improvements are at the mercy of local funding and therefore dependent on the community in which they were built. Research has shown that children in school facilities in poor condition are likely to have negative academic outcomes and more chronic absenteeism, and that young children are the most vulnerable to environmental harms.

But beleaguered, repugnant buildings needn’t be a defining feature of our schools. Addressing our infrastructure challenges requires an honest assessment on the scope of the problem, and leveraging policies and funding opportunities to enable prompt improvements.

One common threat to young children’s health is lead exposure in the air and water. No level of lead exposure is safe for children, and chronic low-level exposure can have permanent health consequences. As lead levels in the blood increase, children can experience cognitive, behavioral, and physical development challenges including damaged hearing, stunted growth, and learning disabilities. Lead in schools and child-care facilities often comes from pipes, faucets, and dust from lead-based paint and lead-contaminated soil.

In fact, last month, the Government Accountability Office (GAO) identified lead-based paint in half of all K-12 schools tested, and the year prior, it discovered lead-contaminated drinking water in over one-third of school buildings tested. Only eight states mandate lead testing in school drinking water, and the Environmental Protection Agency (EPA) estimates that there are 98,000 schools and 500,000 child-care facilities not regulated under the Safe Drinking Water Act.

Other common respiratory and health threats to young children include mold and pests. When accumulated moisture is left unattended, mold can grow and spread. A 2012 Berkely study found mold or water damage present in 23 percent of child-care facilities reviewed. Cockroaches and rodents, both triggers for asthma, are remarkably common in child-care facilities and elementary schools. A study of 33 Head Start centers in Arkansas found mice allergens present in 100 percent of facilities, while a study of 41 schools across three states found cockroach allergens present in every study site and every classroom sampled.

What can be done to address these problems that persistently afflict our schools and students?

For one, maintenance and safety improvements are needed in many child-care facilities and public schools across the country. In a nationwide study, school staff reported that 24 percent of permanent K-12 school buildings and 45 percent of portable school buildings were in fair or poor condition. When the U.S. Office of the Inspector General conducted unannounced site visits to 227 child-care providers, it found at least one potentially hazardous condition in 96 percent of child-care facilities. These hazards ranged from cleaning products within arm’s reach to an unlocked liquor cabinet in the children’s play area.

And yet, addressing infrastructure challenges must go beyond safeguarding existing facilities. A 2018 analysis asserted that over half of all families live in child-care deserts, with no local provider or three times as many children as enrollment spots. Rural districts are at the greatest disadvantage in access to care, as three in five rural communities lack adequate child-care facilities. Alarmingly, the number of child-care providers is steadily decreasing. States reported 83 percent fewer family child-care providers and 48 percent fewer child-care centers from 2017 to 2018, which Child Care Aware of America suggests may be caused by low compensation of teachers and providers.

Fortunately, solutions to construct and repair safe facilities for young children exist at many levels. In January, Democrats in the House and Senate released a $100 billion school infrastructure bill, the Rebuild America’s Schools Act. This figure was based on the Department of Education’s estimation that it would cost $197 billion to bring public school infrastructure into good condition as well as the State of Our Schools reporting that the nation underspends $49 billion in school infrastructure annually. If passed, the bill would create a national database of school facilities, increase access to broadband, and create over 1.9 million jobs while building safer schools.

While the $100 billion investment would assuredly improve the learning environments of millions of children nationwide, legislators shouldn’t forget about child-care infrastructure to ensure all children are healthy, educated, and ready for school.

Sen. Klobuchar introduced a bipartisan bill in the Senate in late February, the Child Care Workforce and Facilities Act of 2019, which would allocate $100 million in grants to support workforce training and facility renovation. In Sen. Warren and Rep. Haaland’s proposed Universal Child Care and Early Learning Act, a committee would set federal safety standards and establish a uniform code for all early learning facilities receiving federal funds. Sen. Murray and Rep. Scott’s Child Care for Working Families Act includes an allowance for renovation and construction, with priority given to providers that care for children with disabilities, providers in rural areas and regions of concentrated poverty, and facilities that will provide care during nontraditional hours.

Providers may also apply for grants and loans provided by states and cities. California’s Child Care Facilities Revolving Loan Fund allows purchase of new buildings and improvement of existing facilities and has enabled 12,000 more children to receive care since its passage in 1997. Philadelphia’s Child Care Facility Fund provides $25,000 and $12,500 grants to center- and home-based providers for low-to-moderate renovations. Pittsburgh invested $2 million into their Child Care Quality Fund, which includes coaches to assist with facility planning for grantees. Both cities require that providers earn 3 or 4 STARS in Pennsylvania’s quality rating system, thereby incentivizing quality alongside facility improvements.

Private companies and philanthropic organizations are also making investments in child-care infrastructure. The Hope Starts Here initiative, funded by the W.K. Kellogg Foundation and the Kresge Foundation, has a 10-year community framework to expand access to child care in Detroit, Michigan. In Washington, D.C., the Bainum Family Foundation and the Reinvestment Fund designed the Early Learning Quality Fund, targeted towards two low opportunity communities, which it aims to bring 625 high-quality early learning spots to by 2020.

Child-care providers, school administrators, and teachers also bear responsibility for mitigating environmental exposures to the young children in their care, with the support of their district offices and local elected officials. Practical precautions school staff can take include careful purchase of art materials, clearing classrooms of clutter, ensuring proper ventilation, and using environmentally-friendly cleaning products. Teachers can also raise public awareness about this issue. Rats, roaches, and mold inspired a “sick-out” teacher strike in Detroit in 2016 and safe, modern facilities were among Oklahoma teacher’s top concerns during their 2018 protest.

The aforementioned elementary school in which my kindergarteners learned, a pillar of the community for generations, closed just two years later. It wasn’t alone—23 other schools in the city made their final dismissal in the summer of 2013. The displaced students were likely transferred to one of the nearby elementary schools, where the Philadelphia Inquirer found dangerous levels of asbestos in 2018. Action at every level ought to be equitable and swift—because no child deserves to breathe poisonous air or watch their school’s walls crumble around them.