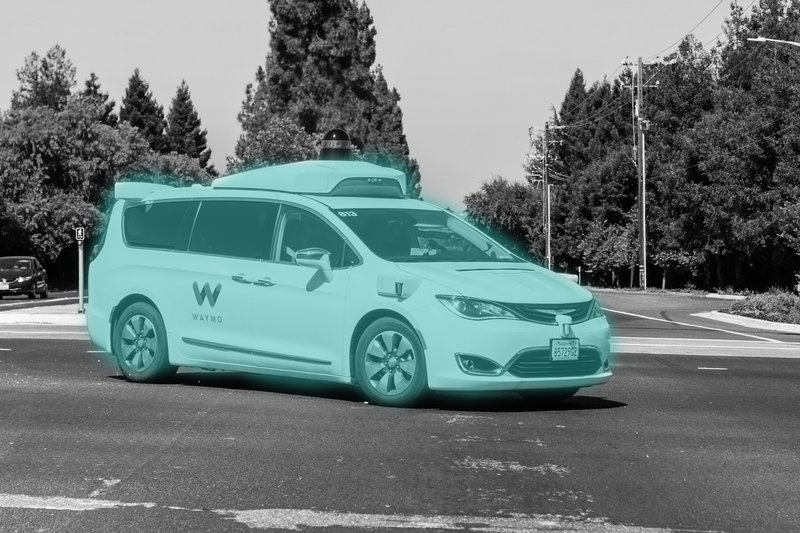 You’ve probably already heard: Technology is, in some ways, making democracy worse. That headline barely seems newsworthy. But, does it have to be bad? No.

New technology is already changing the way people live, play, work, and otherwise engage within their neighborhoods. Things like ride-share services, self-driving cars, delivery robots, and neighborhood crime alert apps were unimaginable 20 years ago. Today, though, they’re all around us or are just around the corner. But beyond these sorts of amenities are technologies like genetic forensics, artificial intelligence, and facial-recognition software that may dramatically shape our reality in ways that are much less visible—and perhaps not always positive.

Indeed, with these tech innovations will come important questions not only about how we live in cities, but also, more fundamentally, about who has the power to shape decision-making within these communities. In other words, as technology keeps evolving, so, too, should the way we approach democracy. To ensure that it’s not just politicians, lobbyists, and special-interest groups that have a say in answering big tech-policy questions, everyday people should also be empowered to participate in various governance processes.

For most of U.S. history, political influence over policy-making has stayed with the few and the powerful. Often, it’s been easier for corporate lobbying to affect political wrangling than it’s been for community members. In this light, new technologies are, to an extent, poised not to change this reality—but rather to entrench it. Simply put, our democracy and public policymaking processes aren’t yet ready to meet this challenge in a meaningfully equitable and inclusive way.

It doesn’t have to be like this, though. The ongoing debates around the country on technology’s possible impact on citizens offer a range of case studies that not only illuminate the challenges of these coming shifts—they also point to potential solutions.

Take, for instance, how a month ago the San Francisco Board of Supervisors passed a ban prohibiting city agencies from using facial-recognition software or information from external systems reliant on this technology (with some exemptions for prosecutors in ongoing investigations). Supporters of the technology say that it’s crucial for security and policing. Critics, on the other hand, argue to the contrary: that the software is often inaccurate, especially for women, transgender people, and people of color—which could open up another chapter of the United States’ long history of unjust policing and surveillance.

New technology, then, ought to prod us to revisit some foundational questions of governance: What kind of democracy do we want? And what will be the consequences on a variety of levels—individual, state, national, corporate—of realizing this democracy? This concern is because the United States doesn’t have a stellar track record of empowering communities in decision-making processes. And when policy-making does include (limited) community input, it’s typically confined to tangible issues, like public housing or community development. Even inherently grassroots innovations like participatory budgeting have been confined to capital funds—the type of brick-and-mortar funding and outcomes that people can eventually see.

Yet San Francisco may show us a way forward. There, the potentially harmful effects of facial-recognition software on immigrants, black Americans, and low-income neighborhoods succeeded in mobilizing diverse segments of civil society, including groups focusing on racial justice, LGBTQ rights, and the rights of immigrants and unhoused persons. The aforementioned law mostly banning facial-recognition software is evidence of their success.

San Francisco’s experience underscores the impact that civic engagement can have on democracy—if done right. Grassroots groups organized around a unifying issue and saw political change happen as a result. In that, they also pulled into focus the limits of our federal political system to address large-scale, national issues in a responsive way.

Of course, San Francisco isn’t perfect, and localities themselves may at times be ill-suited for effectively governing technologies that span borders and states. But they can act as vital starting points for fueling national momentum. At a minimum, this sort of local work makes clear the public’s desire to have a seat at the table when discussing complex issues. (Just recall that recent polling shows that residents of California support laws that require public discourse and votes by lawmakers before the government attempts to use surveillance technology.)

And it’s not just San Francisco. We’re seeing instances of more participatory processes inside city halls all across the country.

Consider the Office of Community Wealth Building (OCWB) in Richmond, Va., which provides opportunities for community members living in poverty to participate in Richmond’s city government. The OCWB has also convened four focus groups with community-based organizations and has extended an open invitation for community members to participate in listening sessions every Friday afternoon. Citizen input, then, is woven throughout the process. Other local governments could pursue a similar strategy—one that informs the public on tech-policy issues, engages in broader dialogue, and applies citizens’ feedback.

Another model of local process innovation is the Philadelphia Participatory Design Lab, a Knight Foundation Cities Challenge Winner. As part of the Philadelphia Mayor’s Office, the lab partners with key government agencies to engage residents through design-thinking—a method largely developed by the technology community that aims to keep “users” in mind. While working with Philadelphia’s Office of Homeless Service (OHS), the lab’s goal has been to “employ service design methods to improve the experiences of the public when interacting with the OHS centralized intake system.”

As one example, the office decided to change a policy requiring people to give up their food during the intake process because residents found it demoralizing. When applied to the challenges around new technology, this kind of design-thinking could be used to more concretely engage communities and plan around obstacles before they happen.

Change is afoot beyond city halls, too. There are cutting-edge civic tech organizations thinking about how to stitch user feedback directly into using technology as a means for empowering people. For instance, the Center for Technology and Civic Life provides an easily accessible toolkit, designed in consultation with local county offices around the country, for election administrators on the ground to leverage technology to facilitate voting.

How to make government more responsive to the people it serves is a question that policymakers have long been grappling with; new technology offers us yet another opportunity to experiment with how best to answer that question. There’s no doubt that this work will be difficult—the very “invisible” nature of, say, biased algorithmic decision-making makes the policy implications seem, at times, overwhelming.

And yet, at this political moment of mistrust and misinformation, our response shouldn’t be to shut out democratic forms of engagement. Rather, it’s incumbent that we be creative and re-imagine how to bring people into this work. It may take trial and error to figure out how to do this effectively, but the costs of not doing so are too great to risk.