How the Internet Is Taking Center Stage in Great Power Competition 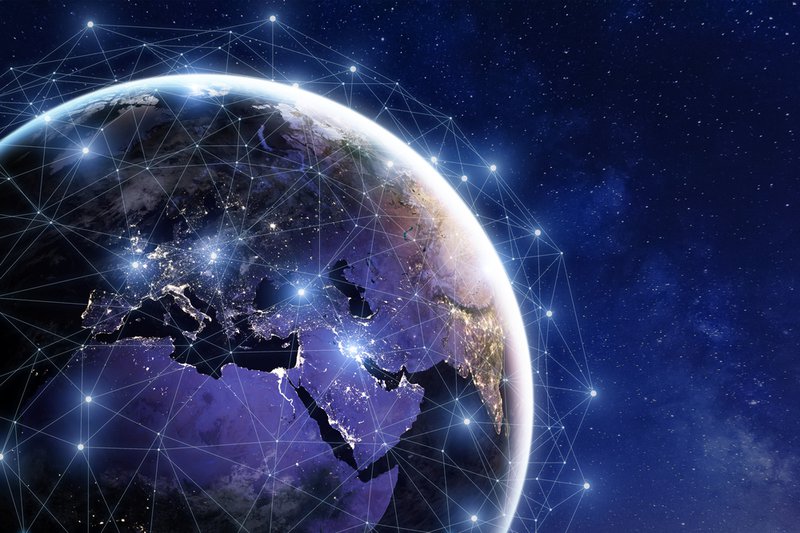 Even when you’ve uncovered the “gotcha” story, there’s another truth lurking beneath.

Case in point: Ever since the U.S. intelligence community released its 2019 Worldwide Threat Assessment last week, there’s been a flurry of headlines about the assessment’s conclusion that President Donald Trump is, essentially and unsurprisingly, wrong: ISIS remains a national security threat, Russia has ambitions to influence upcoming U.S. elections, and North Korea has held fast to its nuclear capabilities despite its avowed commitment to denuclearization. These findings are undoubtedly important, and Trump’s attacks on this community are a threat to broader democratic norms.

But the assessment contains another, overlooked finding that also deserves attention: the role of the internet and internet governance in great power competition and the future world order.

Artificial intelligence, quantum, blockchain—people (often cavalierly) toss around these buzzwords when they discuss key factors in technological competition. Undoubtedly, the likes of AI and quantum computing are technologies that U.S. policymakers ought to pay more attention to and invest more resources in; they’ll greatly shape state power in the years to come. Still, while it may not sound quite as trendy, the internet is already influencing state power and the future world order—and this is something that the strategy rightly points out.

“China and Russia are expanding cooperation with each other and through international bodies,” the assessment states, “to shape global rules and standards to their benefit and present a counterweight to the United States and other Western countries.” It adds that they’ve increased their influence in these international bodies “to gain advantage for their national industries and move toward more state-controlled Internet governance.”

Indeed, taking control of the internet for the purposes of censorship, suppression, and surveillance is on the rise. In particular, states that haven’t yet decided their stance on how to govern the internet are buying into a model championed by countries like China—countries that have for years recognized the importance of the internet for shoring up state power. Hence their actions over the last decade: China and Russia’s companies export surveillance technology to countries with authoritarian leanings or undecided views on the place of technology in society. (Western companies do this, too, but most democratic governments take steps to prevent it.)

By leveraging this surveillance technology to spy on and control citizens, governments can consolidate power. This usually occurs with governments aligned with powers hostile to the United States, or it occurs with countries undecided on the role of technology in their society, in turn pushing them closer to China’s model of digital authoritarianism and encouraging practices like internet fragmentation. China and Russia are also active in standards bodies like the Internet Engineering Task Force (IETF) and international organizations like the UN General Assembly, advocating for tight internet control under the veil of “cybersecurity.”

Why, exactly, does it matter that the intelligence community has underscored the importance of the internet beyond domestic politics?

When the internet is relatively global, open, and secure—for instance, when you can access a VPN or use end-to-end encrypted messaging—it’s a major economic booster. Industries around the world are interconnected; transactions occur at light speed. Open-source research fuels technology development across borders, and businesses can better connect with consumers. For countries with relatively global economies, this significantly bolsters state power.

On top of that, an internet of this nature is better poised to uphold democracy. It can be a catalyst for information-sharing, enabling checks on governments through practices like microblogging and confidential whistleblowing. It can also enable better democratic mobilization, via the construction of large yet leaderless social movements.

Put another way, a relatively global, open, and secure internet can nourish democratic values—and boost democratic power in the process.

The United States and its allies have long championed this vision of the internet, albeit while ignoring some of the tensions within it and struggling with challenges like data privacy. Still, it’s important that policymakers at the highest levels protect this model as authoritarian elements attempt to chip away at it. There are several initial steps that could pave a path forward.

One, the United States could strengthen its diplomatic engagement with international organizations like the U.N. General Assembly on matters of standard- and norm-setting around the internet. As mentioned above, China, especially, has already increased its involvement in these capacities. As the State Department reportedly stands up a new cybersecurity bureau, this ought to be a priority. Relatedly, the United States would be wise to create a cohesive narrative around internet governance. Authoritarians like China have a clear message: The internet is insecure and leads to security issues, and so the government needs to tightly control it. Without exercising undue power over the internet within its borders, the United States needs a similarly compelling narrative that reconciles internet openness with internet security.

Two, U.S. policymakers ought to engage with the 50 countries that haven’t yet decided on the role of the internet within their borders, prioritizing large democratic countries like India that hold important influence over democratic norms toward the internet and tech companies. Also critical on the United States’ part is taking care to educate other countries’ diplomats on cyber issues when they don’t have the resources to do so themselves.

And finally, it’s critical that the White House reinstitute the Federal Communication Commission’s net neutrality protections. For a country that touts the value of an open internet, the United States’ retraction of these protections rings of hypocrisy, and countries like China are happy to capitalize on that point of tension, since it justifies the narrative that limiting a global and open internet—tightly controlling it and bringing it in line with digital authoritarianism—is necessary because, look, not even the United States stands by internet openness.

The internet—particularly its architecture and governance—is a major factor in state power and an important element of this era of great power competition, especially between the United States and China. There may be other, “flashier” technologies out there, sure, but in preparing for great power competition, let’s not forget what already enables cyber attacks, online commerce, and global connectedness in the broadest sense each and every day.