To Preserve a Global and Open Internet, We Need to Invest in Cyber Diplomacy 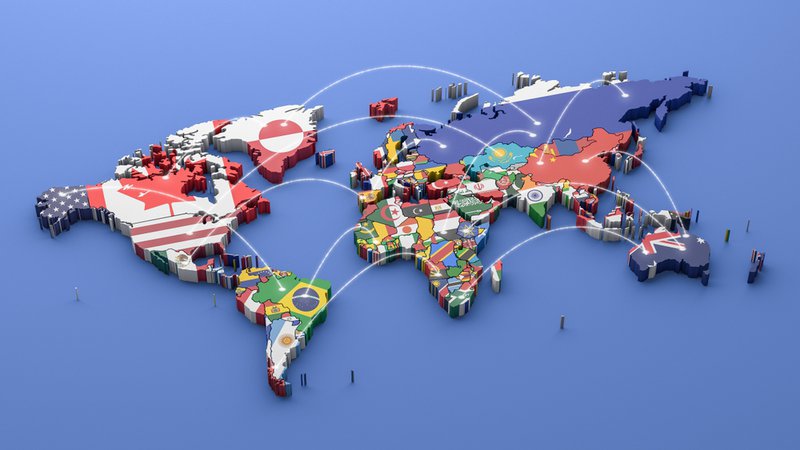 It has been a busy couple of months for the world’s cyber diplomats, which raises the question of just how well-prepared they are—including at the US State Department—to deal with new realities of the international internet policy space. The busy fall calendar would have been enough to stress even a well-funded and -organized diplomatic force, and that’s before factoring in the efforts of both allies and adversaries to complicate matters at hand.

On October 18th, a group of countries who believe in a global and open internet submitted a proposal for a cyber resolution to the United Nations General Assembly. On October 22nd, a separate coalition that supports the concept of sovereign and controlled internets proposed their own resolution. This authoritarian proposal took place during the same time as the 63rd meeting of ICANN from October 20th to 25th. On November 12th, the French government released its Paris Call for Trust and Security in Cyberspace, essentially an international cyber norms proposal. This was during the same time as the International Telecommunication Union (ITU)’s Plenipotentiary, a meeting of government stakeholders. A day after the Paris Call, on November 13th, the United Nations adopted a Russia-backed resolution on cybercrime—a thinly veiled authoritarian push to uphold a sovereign and controlled model of the internet characterized by the likes of censorship, surveillance, and traffic throttling. The vote on this last resolution is telling. And it’s not a pretty picture for those that favor an open approach—of the 50 countries New America identified as “Digital Deciders,” only seven voted against the resolution and sided with the U.S. and partners.

And it doesn't stop there. We’ve seen important developments within individual countries as well: Vietnam passed a strict cybersecurity law in October calling for local data storage on the part of private companies. Thailand proposed a new cyber law in November that alarmed activists because it would give the government sweeping power over the internet. On November 15th, new rules passed by the Cyberspace Administration of China increased pressure on companies to regulate online speech.

In other words, the internet as we know it—relatively global and open—is under assault. While the internet was once idealized by policymakers in the U.S. and like-minded countries as a radically free, open, interoperable, secure, and resilient network, we’re increasingly seeing the internet’s insecurity and capacity for harm in addition to its centralization and control by authoritarian governments. These countries, particularly China and Russia, are pushing back against the global and open internet model and are instead promoting their own sovereign and controlled model. Rather than (generally) upholding free speech and defending net neutrality, for instance, these digital authoritarians strive to block undesirable news sites and slow access to other ones.

Unfortunately, just when we need an all-out diplomatic effort in defense of the internet we had previously taken for granted, one of the most important tools the United States government has for fighting back—cyber-diplomatic capacity—is being curtailed as part of broader State Department cutbacks and the retraction of American diplomatic arms. While this might not be the archetypal diplomatic fare, like it or not, this is what new-form great power competition looks like. Diplomatic conversations about the rules and regulations that govern the internet are more important now than ever. Further, the countries that may swing this contestation over a global and open internet—those who have yet to take a decisive stance one way or the other—need to be engaged diplomatically.

And if you think the State Department is under-invested in this area, spare a thought for many of the other countries—including potential allies—who simply do not have the personnel and resources (time and money), let alone the technical understanding, to lend support to the defense of a global and open internet.

While there are undoubtedly other factors at play, our inability to win the argument for the type of internet that we want is having a real world effect. For instance, in the recent cybercrime proposal at the United Nations, twenty-five of the “Digital Deciders” that could sway the contestation over the internet—including, arguably, some of the most influential in this deciding group, like Brazil, India, and Singapore—voted alongside most authoritarian countries like Russia and China.

So, what can be done? First, the federal government needs to repair the shutting down of the Office of Coordinator for Cyber Issues. The proposed Cyber Diplomacy Act, which would establish an Office of Cyberspace and the Digital Economy at State, is perhaps one way to get this done. Another way could simply be to restore the coordinator position, although it’s likely better to pour increased resources into these efforts.

Second, within whatever organization spearheads cyber at State, the Department needs to not only to establish its own resources to build international cybersecurity capacity (e.g., working with other countries on their domestic cybersecurity capacity), but it should particularly invest in improving the cyber capacity within diplomatic units, by helping train diplomats on cyber issues and ensuring their active engagement with appropriate experts.

This is not a new idea, of course. Seasoned observers of cyber diplomacy have been highlighting the need for more resources and expertise for years. Vladimir Radunović, a director of e-diplomacy and cybersecurity programs at DiploFoundation, recently told me that “more systematic global efforts should be undertaken to enable diplomats to both respond smartly in cases of incidents, and contribute meaningfully to shaping global agreements.”

Now, however, the need is greater than ever. Even relatively short-term efforts could help hard-pressed diplomatic delegations better understand the issues at stake and, by extension, act to maintain the net benefits of a more global and open internet.

Radunović suggests even just investing in the following could make a big difference:

“On a longer-term basis,” Radunović told me, “introducing cyber-related courses within the curricula of the diplomatic academies is a must,” focusing on such topics as the use of ICT for diplomacy and through such mechanisms as interactive online learning that can provide particular benefit for states with limited resources.

As David Fidler wrote last year for the Council on Foreign Relations, the closing of the cyber coordinator office at State “is consistent with the Trump administration’s marginalization of cyber issues in foreign policy,” and, as Cameron Kerry wrote last year for Brookings, handicaps the administration in effectively implementing an international cyber strategy. The ongoing string of international dialogues further emphasizes the importance of this cyber diplomacy. Just recently, Politico reported concerns from within the State Department about “confusion and disagreement” about what “cyber diplomacy even entails.”

The United States is already grappling with the rise of great power conflict in cyberspace. This battle for the global internet is a critical element. If American policymakers, businesses, and citizens alike want to preserve a global and open internet—and the innumerable benefits of the internet as we know it—the federal government must do more to empower our and our allies’ cyber-diplomatic capacity.