Democracy Is Hard. These Cities Are Finding Ways to Pull It Off. 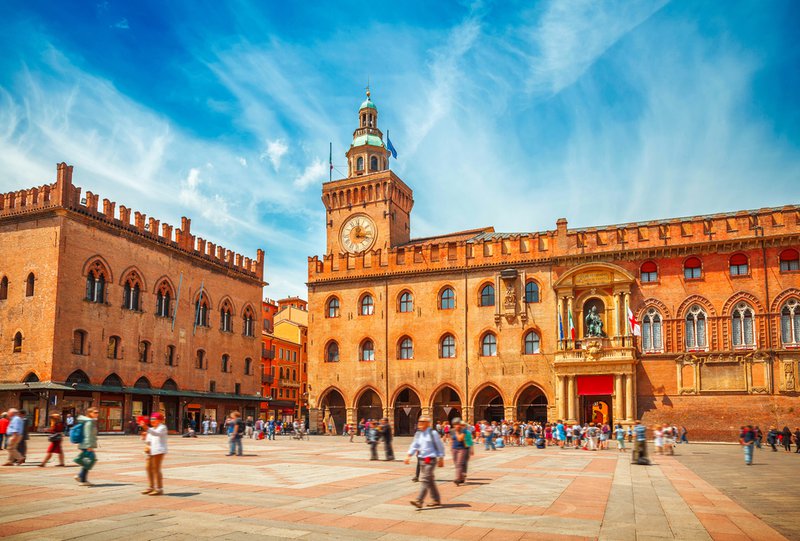 Democracies are radical. While many of us take it for granted today, our current conception of democracy emerged fairly recently—and the idea that the governed should have a say in the governing process, no matter their race, gender, income, or ability, remains revolutionary.

In practice, however, democracy doesn’t always achieve its lofty ideals. Traditional methods of civic engagement, such as town halls and elections, only allow residents to pass judgments and express preferences—typically on decisions that have already been made. Oftentimes, these processes are only open to citizens, or incorporate barriers to lower-income residents, residents of other legal status, people of color, and people of differing abilities.

But from Mexico City to Helsinki, city governments are redesigning and opening up the democratic process so that residents hold more civic power: the ability to truly participate in governing and decision-making.

Recent research from New America examined 42 cities that applied to the Engaged Cities Award, run by the civic engagement nonprofit Cities of Service. These cities experimented with new models of civic engagement, democracy, and governing to collaborate with constituents on a wide range of public problems—some as concrete as blight, and others as abstract as trust in government.

Faced with unique challenges, cities implemented ideas around civic engagement in their own distinct ways. All of them, however, emphasized the importance of balancing long-term and short-term engagement opportunities, building multi-sector partnerships (including diversity and equity), addressing intergenerational challenges, and managing expectations.

But what emerged as one of the most effective methods of engendering civic participation was building new government infrastructures to develop, support, and institutionalize an expanded democracy.

From 2010 to 2018, the city of Bologna, Italy redesigned new civic engagement infrastructure to replace a system that was prohibitively bureaucratic (a group of citizens had to receive approval from five different offices just to repaint a community bench). In 2015, the government redivided the city into new districts, with their own councils and presidents. Two years later, in partnership with the University of Bologna, it built a six-person Civic Imagination Office, which supports one “lab” per district dedicated to establishing connections between the government and citizens.

This new structure supported the government’s “public collaboration pacts”—which were introduced in 2014 to help residents fund and promote projects around the care of urban common areas—and their Incredibol! program, a community-focused competition for startups in creative and cultural industries that began in 2010. Each year, Bologna provides 10,000 euros per Incredibol! winner, 150,000 euros for collaboration pact projects, and a million euros for participatory budgeting.

Implementing a new, comprehensive government system to facilitate civic participation is a major undertaking. But, as seen in Bologna, investing in these infrastructures helps governments prove that citizen engagement is a priority, not just a campaign slogan. It also sets up engagement efforts for success: Without the necessary funding or government buy-in, resident efforts would be less effective than they otherwise could be.

Still, not all new infrastructure needs to be so elaborate. Faced with limited time and resources, it’s possible for municipalities to implement these ideas at a smaller scale and still see powerful benefits.

Take the city of York in the United Kingdom, for example. To combat widespread loneliness, the government implemented a “Neighbourhood Approaches to Loneliness” program, which ran for three years in two specific neighborhoods. After completing a training program, local volunteers became community researchers, carrying out fieldwork to identify the many factors around loneliness. Volunteer researchers reached out to other residents, participated in community feedback sessions, engaged local partners, and ultimately identified their own action plans.

Aided by government-provided project management training and seed funding, the program saw the creation of neighborhood groups and action projects throughout the city—including Goodgym York, a program that combines impact volunteering and exercise (for example, a younger resident going on weekly runs to visit isolated older people). As a result of these efforts, residents living in participating neighborhoods have reported feeling less lonely and more confident, with improved overall well-being.

Of course, the York program required serious commitment, effort, and funding from the city government. The resulting infrastructure, however, is community-based rather than government-based. Unlike Bologna, which amended its internal government infrastructure, York invested in the community infrastructure, training residents in effective civic engagement and helping them build a network of long-term neighborhood groups.

But crucially, this approach still includes government recognition of that new infrastructure, as well as recognition of local residents’ expertise in identifying causes and solutions for a challenging community problem.

York and Bologna aren’t the only success stories. Lansing, Michigan has established a Department of Neighborhoods and Citizen Engagement, while Santiago de Cali, Columbia designed a “neighborhood table” program of civic organizations that has helped decrease conflict and violence by improving relationships between community members, the local government, the private sector, and NGOs.

Another noticeable global trend is the expansion of mayoral offices to include experimental roles (such as Chief Storytellers or Chief Innovation, Technology, and Data Officers), which create new opportunities to formally open up the government decision-making process and leverage innovation, storytelling, and data to be more responsive to residents.

This institutionalization of civic engagement isn’t a new idea. For decades, Philadelphia’s neighborhood parks and recreation centers have acted as engagement points for “friend’s groups” and advisory councils, which share responsibility for taking care of public spaces and meeting neighborhood needs with local programming. Parks and recreation centers have become organized spaces for Philadelphians to flex their civic muscles, meet community members, and form new relationships with their government.

Ultimately, there are an untold number of ways to build institutional support for civic engagement. But forging partnerships with constituents and supporting civic power can have a powerful impact. Cities found that the resulting strategies were more effective and inclusive, with the added benefit of improving relationships between officials and residents and increasing trust in government.

When they’re achieved, however, the benefits of these governing approaches speak for themselves. From COVID-19 to a recession, cities around the world face immense practical and existential problems that cannot be addressed solely at the state or federal level. Working with residents to strengthen civic, social, and communal life not only bolsters the health of our democracies, but provides immediate, much-needed benefits for us all.