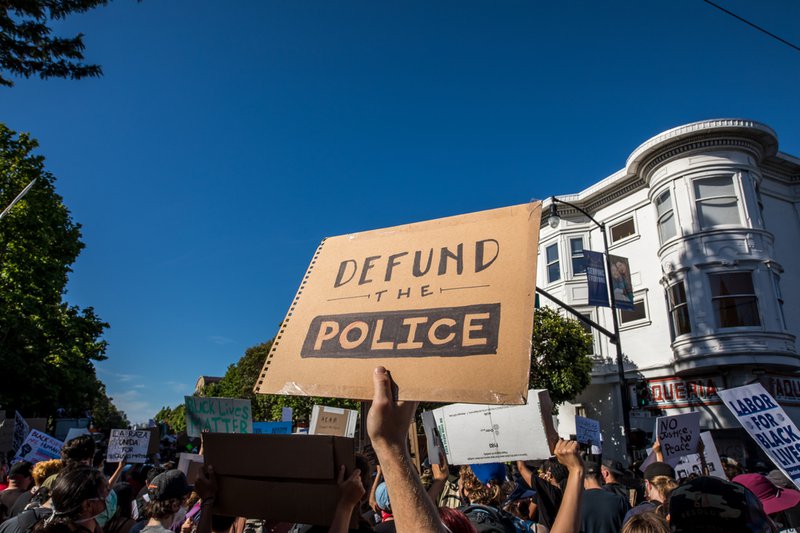 In the past few weeks, protesters’ demands to “defund the police” have sparked vigorous debates over whether and how to rebalance budgets between policing and other priorities. Indeed, cities across the country have over-invested in the police, often at the expense of all other areas: According to a recent report by the Center for Popular Democracy, Law for Black Lives, and Black Youth Project 100, funding for police in U.S. cities often outpaces funding for all other social services combined. In FY2019, for instance, St. Louis allocated more than 20 percent of its total budget to policing, while just 3.4 percent went to jobs, youth, and mental health programs.

But defunding is only half the equation: Building out an affirmative alternative is just as urgent. As cities across the country work toward greater public empowerment in budget decisions—especially for Black and Brown communities—one especially promising model is participatory budgeting.

First developed in the 1980s by the Brazilian Workers’ Party, participatory budgeting aims to rebuild public confidence in civic engagement by giving communities decision-making control over a portion of the public budget, empowering them to self-define what it means to be safe, healthy, and thriving. It offers a viable and realistic structure for centering public dollars on the very communities the public is supposed to serve, but rarely does.

In my research on participatory budgeting, I have seen time and time again the power of the process to bring people together and help them forge new relationships with their community, neighbors, and elected officials. Although most forms of public participation activate wealthier constituencies, participatory budgeting in Brazil has been able to effectively attract the participation of people with lower income and education levels. Substantively, it’s led to improved governance, less corruption, a decrease in the infant mortality rate, a growing number of civil society organizations, and increased municipal spending on sanitation and health. It also has a redistributive effect, with poorer locales receiving more spending per capita than wealthier areas.

For all its successes, participatory budgeting isn’t easy. It’s time intensive, requiring a sophisticated process design and significant attention and resources from community organizations and civil society groups that can facilitate engagement from everyday residents, as well as from public officials whose staff are needed to guide the process.

These days, the shift to participatory budgeting is happening across the country, from Vallejo and Seattle to Chicago and Buffalo. New York City Council is allocating $35 million in taxpayer money to constituents they aim to serve, creating opportunities for people as young as 11 to take part in the budget process. In the 2019 cycle, New York City residents voted on projects ranging from capital improvements in parks to upgrades in public schools. In some places, people voted to spend their money on safety measures, such as security cameras and shorter, safer crosswalks.

The ongoing protests have also helped other participatory models around budgeting gain traction: Advocacy organizations in Los Angeles have urged city council members to “reimagine public safety,” championing the People’s Budget—an effort put forward by a coalition of LA-based activist organizations to redirect public resources from policing toward other needs, such as health care, child services, education, and infrastructure. Other cities, such as Nashville, Tenn., are also calling for People’s Budgets, while Portland, Ore.’s city council voted last week to reallocate $1 million from police funds to a participatory budgeting process by and for homeless residents, with another $1 million being potentially diverted to a Black youth fund.

But even beyond the current moment, empowering residents to participate in municipal budget decisions is long overdue, and it must be done in a way that centers social justice, racial equity, and civic empowerment as guiding principles. Safeguards are needed to ensure that entrenched interests don’t monopolize the process. And finally, communities need access to decision-making over larger pots of public money in order to have a real voice in strengthening the communities our cities have chronically ignored.

While participatory budgeting’s presence in the United States is still relatively modest, it’s a model that can and should be scaled—and proof of concept for a larger investment in democratic reform.