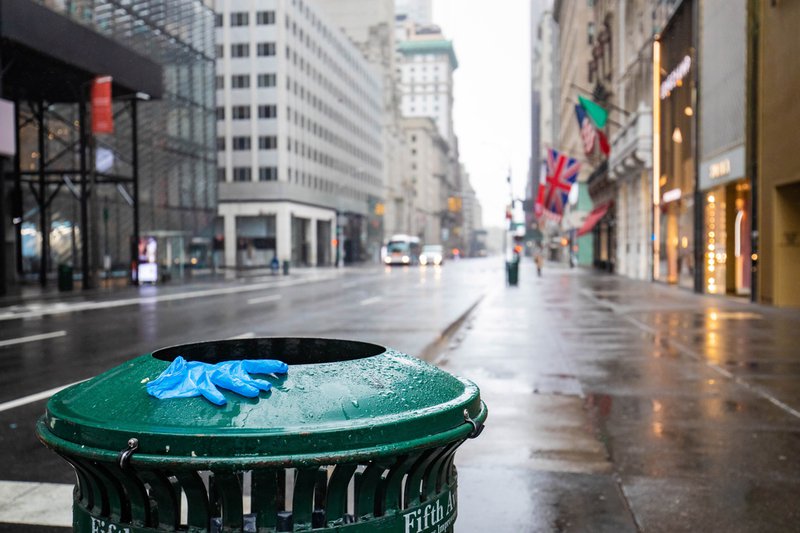 The COVID-19 crisis, coupled with America’s densest city becoming an early global epicenter for the outbreak, has raised questions about the long-term efficacy of density not just during the pandemic, but even afterwards—especially if our recovery means dealing with the lingering prospect of second- and third-order outbreaks and their related challenges.

One needn’t be living in New York to know what those challenges are. Trends toward people living closer and closer together, taking up less and less space, together have been underway for decades. Urban areas are already home to more than half of the global population, and the UN predicts that number will likely increase to 60 percent by 2030.

Whether it’s attempting to navigate claustrophobia-inducing grocery store aisles or maintaining a CDC-suggested distance on cramped sidewalks, living in cities today can feel impossible. But it’s important to remember why we got here, and how well-designed density—which more efficiently uses space to decrease housing costs, improve environmental outcomes, and help people to stay more physically connected—will serve us well on the other side.

The most important components of well-designed density are investments in shared infrastructure. Urban centers are defined by their interconnectedness—of housing, transportation, food, and more. My foray into examining urban infrastructure came soon after arriving in the Bay Area early in the last decade, where I was struck by a city that, on a square mileage basis, was many times the size of Manhattan—but which had a third of the people and an even higher cost of living. I also worked in tech, and would wake up in increasingly unsustainable San Francisco before taking an oft-protested corporate shuttle bus 35 miles south to begin my workday.

I quickly learned about Bay Area YIMBY movements that fought back against artificial housing shortages, and about how housing insecurity pushes people further and further from city centers—making a robust and extensive public transportation system, which the Bay Area’s network of cities lacked, all the more important.

In the midst of the pandemic, those disparities have become even starker. At this point, we know the racial demographics of essential workers, whose jobs—while the most critical for sustaining society—are also the lowest paying, the most dangerous, and by far the least secure. We’ve forced these workers into an agonizing position: They either keep working, with all the attendant risks, or lose their jobs. The latter outcome will only accelerate existing trends of people being forced away from their homes and toward areas with limited transit and other forms of infrastructure. And, if unemployment claims are any indication, the number of people forced to move will be massive.

The only way to make a large-scale residential shift outward sustainable is to build out the key infrastructural elements usually seen in cities: more public transit, accessible pharmacies and grocery stores, bike lanes, and much more. In short, the correct post-pandemic response may be to urbanify the suburban communities that have thus far been spared the brunt of COVID-19. Yes, that might mean greater risk for community spread the next time we find ourselves in a similar crisis—but we should nonetheless strive for the widest, most inclusive outcomes. The infrastructure we invest in—more housing to drive down rent prices, rapid transit to decrease car dependency, and more grocery stores to mitigate food deserts—would go a long way toward aiding our most vulnerable communities.

It’s my hope that our current crisis won’t cause us to lose sight of the long-term benefits of investing in shared space, shared goods, and shared travel modes. If we do, it could spell a doubly difficult set of challenges for the people already struggling most.

This piece was adapted from an earlier blog post by Malcom Glenn.