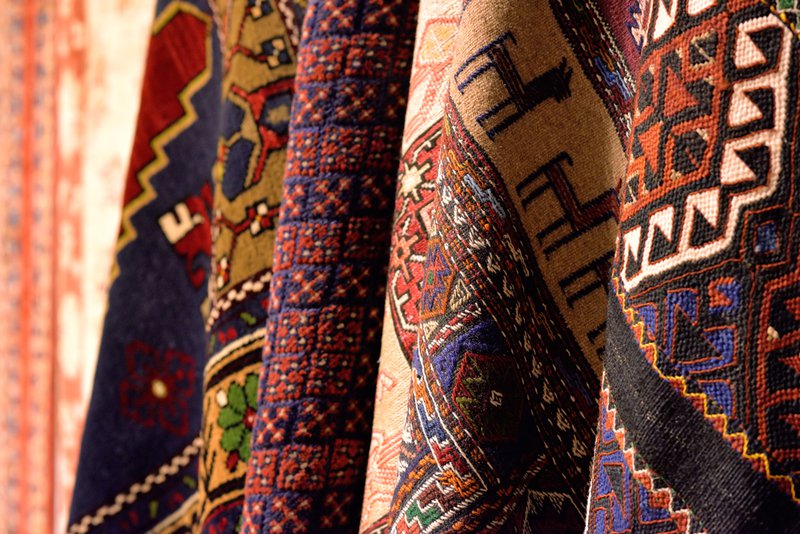 President Barack Obama traveled yesterday to Saudi Arabia, a once presumed ally of the United States, but now a skeptical partner. While geopolitical and economic changes rightly bear much responsibility for this shift, it’s also due in large part to Obama’s own skepticism of Saudi Arabia’s intentions. Obama has said America’s friendship with Saudi Arabia is “complicated” and has implied the country is one of the region’s “free riders.” And geopolitics aside, Obama “has argued that there will be no comprehensive solution to Islamist terrorism until Islam reconciles itself to modernity and undergoes some of the reforms that have changed Christianity,” per his most recent interview with Jeffrey Goldberg in The Atlantic.

That’s an especially controversial claim amongst Islamic scholars, who fulcrum debates on democratizing the Middle East on Islam’s supposed anachronism. There’s a spectrum of views on Islam’s compatibility with democracy, but many can be divided into two camps: those who believe Islam can and must evolve to be compatible with liberal democracy, because it traditionally grants individuals obligations, not rights, and those who believe democracy must be built on the back of contemporary Islam, and that failed state-building in Iraq, Afghanistan, post-Arab Spring, and even post-Sykes-Picot are empirical evidence for their side. It’s a debate that influences far more than geopolitics—claims that “Islam hates the West” is a hyperbolic strain of the former view, as is Emirati Lt. Gen. Tamim’s response that there will be a “clash of civilizations” if Trump is elected. To be clear, there are many interpretations and variations of Islam, as there is for any religion, and some interpretations are far more liberal than others, but it’s a question of fundamental difference in perspective between these two approaches. Is Islam, defined however one sees it presently, compatible with democratic liberalism? Can fundamentalist Muslims in the Middle East envision their religion coexisting with democracy? Can Americans accept an Islamic brand of democracy as legitimate? Perhaps these questions seem facile, but they need to be answered plainly to the growing number of people, in both the Middle East and the United States, who believe there truly is a clash of civilizations brewing.

Nicolas Pelham, Middle East affairs correspondent for The Economist, offers one answer in his new book, Holy Lands: Reviving Pluralism in the Middle East, which examines how the “world's most tolerant region become the least harmonious place on the planet.” Pelham’s thesis is pragmatic but optimistic: Islam was historically pluralistic, reaching its zenith during the Ottoman Empire, before the region was divided by European-drawn borders, turning holy communities into holy lands, and religion into a nationalist cause. Pelham, like many scholars, believes present sectarian violence in the Middle East is the result of this religious nationalism, which in turn has displaced ethnic and religious minorities, further eroding the region’s diversity. At a recent event hosted by New America, Pelham spoke further, “The current strife is an aberration; the pluralism in the region is the norm.” The Ottomans, for example, managed an array of sects across their vast empire by delegating authority to sectarian patriarchs who resided in Istanbul, a practice known as the Millet System. Pelham asserts that the region’s religiosity isn’t going away, but peace will come more easily if Islam rediscovers its pluralist tendencies. Per Pelham, there’s hope that Islam and the region can do this: he cited unreported religious and civic leaders who are trying to revive pluralism, such as in Najaf, one of Shi’a Islam’s holiest cities, where conferences on religious pluralism are gaining traction, or in Basra, where over ten thousand have marched for civilian and anti-sectarian rule.

Dr. Nadia Oweidat, a Smith Richardson Fellow at New America and moderator of Pelham’s book event, presented a different view, one at odds with Pelham’s thesis: “Throughout the book there is a little bit of bias and a...romanticization of Islam versus Christianity.” Oweidat, a scholar of Islamic Studies who grew up in Mafraq, Jordan in a Bedouin tribe, was skeptical that Islamic history is as harmonious as Pelham depicts. She mentioned that Muhammad had over 200 battles, the vast majority of which were offensive and therefore attacking non-Muslims, and she dissected Pelham’s Ottoman example, mentioning that much of the empire’s diversity was due to slavery of religious minorities. She continued, “When will we have equal citizenship in the Middle East, where religion is my business?” After the event, critics on Twitter mentioned Oweidat’s account was without “a trace of objectivity,” to which Oweidat responded, “Accusing me of Islamophobia for questioning is [a] cheap part of freedomophobia in our Muslim community….ridding world of Islamophobia so my mom can wear her scarf as important [as] ridding it of freedomophobia.” To Oweidat, liberal democratic ideals can be replicated in the Middle East, and we shouldn’t compromise universal principles in the name of cultural sensitivity and relativism. Arab Spring protesters weren’t asking to be more Western—they were asking for human rights that are due to all.

Pelham responded by saying that it was a standard trope of Islam’s critics to select reductionist verses from the Koran, as can be done with all religious texts. ‘It’s very easy to look at the worst of Muslim society and look at the best of Western society and say that “Isn’t the West so much better.”’ Pelham also mentioned that less than two percent of Koranic verses deal with warfare, and that religious diversity still exists in the Middle East, even in Saudi Arabia. “By aspiring to a Western model of pluralism, which for you is an ideal, and actually for much of the Westernized elite of the Middle East is also an ideal, you’re creating a backlash, which is undermining what you seek to achieve.” Pelham also argued that democracy is destroying pluralism in the Middle East as it’s being applied presently, because it’s often seen as majority rule, and the majority is seen in sectarian terms. Pelham continued, “It’s very easy to say when you’re looking at conflict resolution…‘If only people were more like us, if only people were more Western, if only they were in some sense more normal, the conflict would go away,’ and it’s much better to work with what you’ve got, with the traditions of what you’ve got, and try and take the best from the past and see if you can use that as a way of trying to recover what the region has lost.” It’s a criticism similarly directed at the imposition of Western rule-of-law in the Middle East, where penal codes written by Westerns are antithetical to the mores on the ground, as most recently shown in the mob killing of Afghanistan’s Farkhunda Malikzada.

Scholars have fought over interpretations of Islam for centuries, and while this fight has resurged with the radical rise of ISIS’s strain of Islam, questions on the offensive nature of Koranic battles or the viability of pluralism are unlikely to be adjudicated anytime soon. And it probably won’t be scholars in either camp who make the final ruling. If the Middle East arcs toward democracy, it will be people on the ground and/or individuals with power who make that happen. It’s a legitimate, scholarly point to even say the debate over Islamic pluralism and its coexistence with democratic liberalism is unproductive, because it ignores the influence other events, like oil prices, have on religion in theory and practice. But it’s a point that sidesteps the framework through which much of the public views Islam, that religion is the cause of their violence.

Pelham, when asked about what drew him to the region, remarked, “The Middle East has a gravitational pull for journalists.” It has a similar pull on scholars and the public. And despite his best attempts to pivot away from it, Obama.