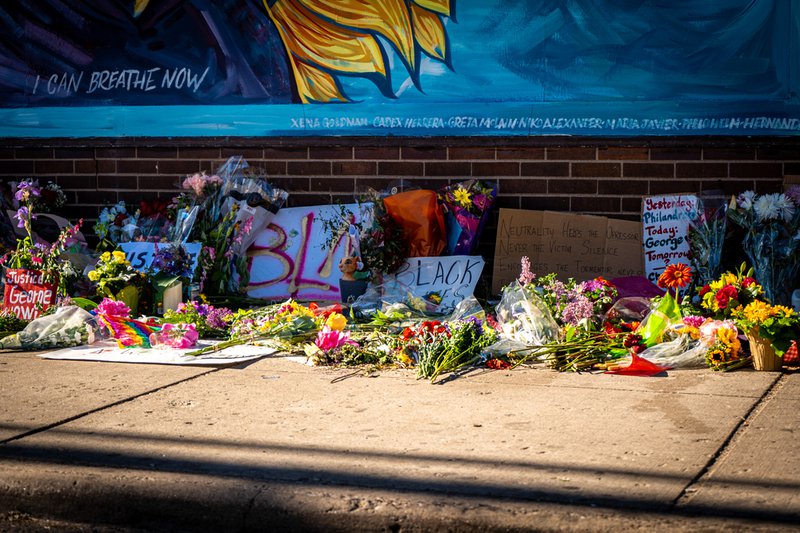 Over the past week, a certain narrative has taken root—one that considers property damage to be a bigger problem than the continued massacre of Black people by police, and that views military action as a proportional response to mass nationwide protests. It’s despicable—albeit predictable—messaging from a U.S. president who has never hidden his disdain for Black lives, further bolstered by Republican members of Congress.

But the fact is, this prioritization of property over people didn’t start from Trump. Much of the iconography of the traditional American Dream narrative is, after all, predicated on property: Americans devote their lives to the pursuit of a home with a white picket fence and a two-car garage, and while small U.S. businesses were struggling even before the pandemic hit, the nostalgic fantasy of the brick-and-mortar storefront still plays a powerful role in the American psyche.

This reverence for property is inextricably tied with the United States’ devaluation of Black lives. Nikole Hannah-Jones’s landmark 1619 Project in The New York Times Magazine launched from a straightforward, unimpeachable argument: “No aspect of the country that would be formed here has been untouched by the years of slavery that followed.” (Disclosure: Hannah-Jones is an Emerson Fellow at New America.) And Raven Rakia wrote in a 2013 New Inquiry piece about property’s historic relationship with race: “For 300 years, the very idea of a black person’s freedom was a direct threat to white men’s property. After slavery, lynchings were often targeted at blacks who had gained relative wealth and therefore, challenged the wealth and property of white men.” Those same dynamics play out today in the systemic denial of Black property rights through redlining, loan denial, land theft, and so much more.

In this context, destruction of property is a direct challenge to a system built on the exploitation and oppression of Black lives; as Rakia wrote, “Nothing gets the attention of the elite like taking away or destroying what they value above all else: property. In America, property is racial. It always has been.” Property destruction has also played a well-documented role in mass cultural movements throughout history—the Boston Tea Party, for instance, as well as Nelson Mandela’s anti-Apartheid efforts, the destruction of the East/West Berlin border, and countless other acts of protest and rebellion.

Destruction of property is a direct challenge to a system built on the exploitation and oppression of Black lives.

In short, property only matters as a means to something bigger: people’s ability to live and prosper safely with their families. For marginalized people, there’s never been any question that social disruption or property destruction can be useful tactics in the fight for human lives and dignity. And if those who profess allyship are to play a substantive role in this movement, they must also recognize the value of these efforts.

Michelle Brown, the owner of Teaism in Washington, D.C., seems to understand this better than most. Over the course of last weekend’s protests, one of her restaurants was set on fire—but even as it burned, she made her stance abundantly clear on Twitter: “Before anyone puts a single word in our mouths. Black lives matter.”

Before anyone puts a single word in our mouths. Black lives matter.

Brown’s grace in the face of a legitimately devastating event contrasts damningly with the open callousness of many of our elected representatives, who, among other things, have actively urged state violence against protesters. Our leaders’ responses have prompted justified horror and solidarity with protesters from the international community; thousands around the world have taken to the streets to call for justice for George Floyd’s murder. They understand, it seems, what the president and his supporters do not: People’s lives—yes, Black lives included—matter more than the property damage that’s followed a week of largely peaceful protests.

“Any architect will tell you that if you don't have a strong foundation, the building's going to be shaky, and shaky from day one,” filmmaker Spike Lee said in a recent BBC interview. “This original sin has not been dealt with since the birth of this country.” Black people have asserted for centuries that, in order to grapple with today’s inequities, we must first address our racist foundation. But, as the outpouring of condemnation for Hannah-Jones’s 1619 Project demonstrates, white America has refused to heed that warning. What we’re seeing now, in cities across the United States, is the logical fallout of that complacency.

So protesters, keep on—and to those allies peppering Black people with questions about what they can do to help, a quick search will uncover a wealth of resources for supporting protesters, mutual aid funds, and local Black-owned businesses. Because while burned buildings and broken windows can always be replaced, Black lives can’t be—and they are always worth defending.