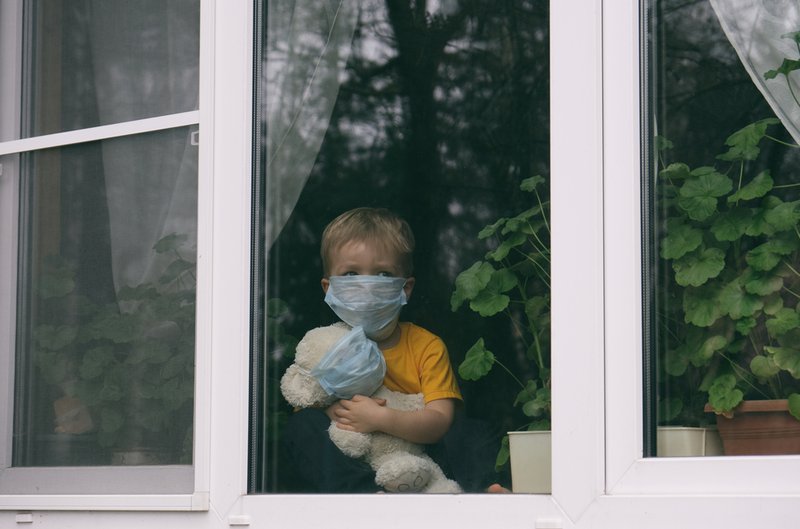 Housing in the United States is precarious even in the best of times: A recent survey conducted just before the COVID-19 crisis found that a full 13 percent of the U.S. population are afraid of losing their home. It’s not hard to see why—housing is the single largest expense for most households (for the average American, monthly mortgage or rent payments top $1,000), and a financial shock, such as a medical emergency or the loss of a job, is often enough to force a family out of their home. Put differently, two-thirds of Americans say they couldn’t afford a surprise expense of $500.

For tens of millions of Americans, COVID-19 is that surprise expense.

The ongoing spread of the virus has ground the U.S. economy to a halt, crippling the transportation, leisure, hospitality, and manufacturing sectors. Last week, 6.6 million Americans filed for unemployment—a surge of more than 3,000 percent since early March. With “shelter-in-place” orders covering 90 percent of the country, many Americans are questioning how they’ll pay their rent or mortgage; after all, those $1,200 stimulus checks won’t cover much.

To its credit, the federal government has acted swiftly to install safety nets for homeowners and, to a much smaller extent, renters. The Trump administration ordered a nationwide moratorium on foreclosures for homeowners whose mortgages are backed by Fannie Mae, Freddie Mac, the Federal Housing Administration, Veterans Affairs, the Department of Agriculture, and the Low Income Housing Tax Credit program. In all, the moratorium covers between 80 and 90 percent of homeowners, and in order to take advantage of mortgage forbearance, these homeowners must commit to not evicting any of their tenants—effectively extending the moratorium to cover many evictions.

Elsewhere, FEMA is implementing its crisis counseling program in response to the pandemic and is working closely with state and local governments to support non-congregate sheltering for homeless populations and other vulnerable Americans. And most notably, the $2.2 trillion stimulus package signed by Trump two weeks ago contains $12 billion in homelessness and housing funds.

However, the White House has stopped short of declaring a nationwide eviction and foreclosure moratorium, and news reports have chronicled a steady trickle of evictions and foreclosures throughout the crisis. Washington also hasn’t enacted protections to ensure that homeowners and renters aren’t thrown off a financial cliff once moratoriums are lifted and months of payments are due all at once.

As a result, states and cities are stepping up. In what has become a familiar pattern over the last two months, it is governors and mayors who are innovating, leading, and providing critical solutions for their most at-risk populations.

In late March, for example, Arizona Governor Doug Ducey signed into law a $50 million emergency bill to supplement gaps in federal funding. The bill sets aside funding for rental assistance, as well as financial support for sanitation, temporary housing, and quarantine measures in crowded homeless shelters.

In Louisiana, Governor John Bel Edwards and the state Supreme Court closed eviction courts and ordered a halt to all “sheriff’s sales” of foreclosed properties. Mayor LaToya Cantrell of New Orleans—which is predicted by some to be the country’s next coronavirus hot spot—is working with the governor to shelter roughly 150 homeless individuals in a French Quarter hotel.

In Indiana, a state with notoriously weak tenants’ rights and pervasive substandard housing conditions, leaders have responded by halting destructive legislation rather than passing helpful measures. Earlier this year, Indianapolis city councilors approved an ordinance requiring that leases inform tenants of their rights; it also imposes fines on landlords for retaliatory evictions, which commonly occur after renters contact legal aid services or call public health officials to report a habitability issue. The ordinance was effectively rendered moot in mid-March by a state bill preventing local governments from regulating landlord-tenant relationships; however, that legislation was vetoed two weeks ago by Governor Eric Holcomb, who explained, “As we confront an unprecedented public health emergency … now is not the time to uproot local protections for renters without understanding the consequences.”

Many other cities, counties, and states throughout the country have placed blanket moratoriums on evictions. And on April 1, the day rent was due for millions of Americans, representatives from nine major U.S. cities—including New York, Los Angeles, San Francisco, and Philadelphia—called on state governors and Congress to cancel rent.

Still, this patchwork of policies isn’t nearly enough to secure everyone’s home during the pandemic. Housing is a fundamental human right—why should someone in Oklahoma City lose their home simply because their state or municipal government hasn’t enacted the same emergency protections as, say, Winston-Salem or Spokane? The Trump administration needs to implement more robust blanket protections for households nationwide. Failing that, governors, mayors, and city councilors must continue to step up and save our homes.