America Has Never Not Had a Child Care Problem 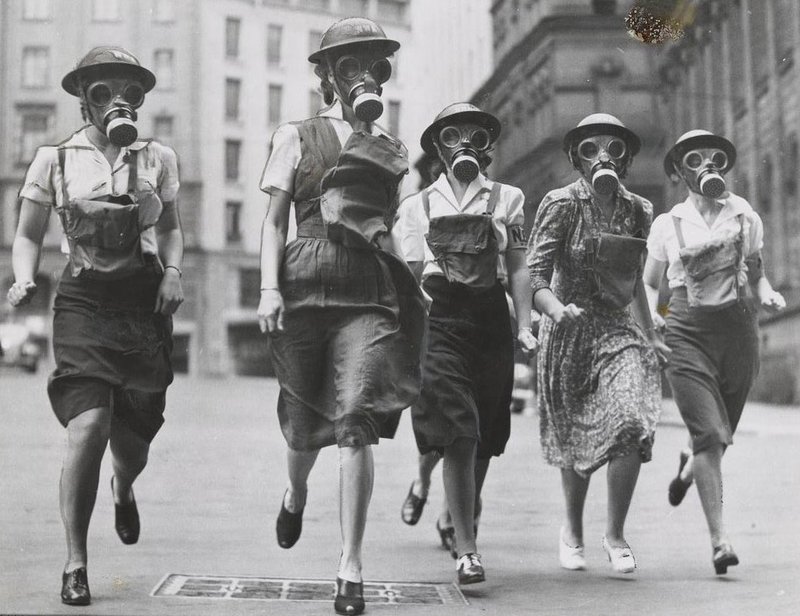 “What do you do for a living?”

I dread that question. It forces me to face the reality that I am living a life that I had never dreamed of for myself. I define myself as a researcher and a writer. But I spend the majority of my time being a stay-at-home parent and the primary caregiver of my two young children. It is hard to reconcile the fact that, despite my PhD, my days primarily consist of changing dirty diapers, washing bottles, cleaning messes, and simply being “Mama.”

I know what you’re thinking: What about child care? But that’s exactly it. My daughter was born less than a year after I received my PhD, and my son followed 16 months later. Yet due to the high cost of child care, I have had to put my job search on hold.

In the Washington, DC, metro area, child care does not come cheaply. Last spring, for instance, I had one job opportunity fall through because my potential employer was unable to pay me an hourly wage that would have covered child care expenses. According to New America’s Care Report, the average full-time cost for center care for children ages 0 to 4 in DC is roughly $15,856 a year—per child. Moreover, an estimate from Care.com augurs that if we wanted to use a full-time in-home caregiver, or nanny, we would have to pay around $46,800 a year.

In short, I cannot afford to work outside of the home if my income does not cover child care. And I’m not alone: As the above report illustrates, our country has a child care problem.

But America has always had a child care problem. This is because women have always worked in ways that extend beyond their conventional roles as mothers. The persistent, but harmful, view that child care is the primary responsibility of the mother has forced American women to develop numerous methods for caring for their children while they work. As historian Sonya Michel notes, colonial American women confined their children to standing stools while they labored, and pioneers on the western plains placed their infants in wooden boxes fastened to their plows. What’s more, the rise of industrialization in the mid- to late-nineteenth century pushed more mothers to keep their children alone in cradles or locked in tenement flats while they worked in factories.

This long history of informal practices provided a weak foundation for building a sound child care system once reform efforts accelerated in the twentieth century. The hazardous conditions that working-class children had to endure first caught the attention of reformers during the Progressive Era of the early 1900s. To remedy the problem, social reformers and legislators developed an idea: mothers’ pensions. This policy solution provided state aid to women with young children who lacked male support. The intention was to encourage mothers to stay at home with their children. For a time, the idea of mothers’ pensions was quite popular because it did not challenge traditional gender norms. But the initiative was plagued by problems. The pensions tended to be meager, and local eligibility requirements opened the door to discrimination. Since pension coverage was unreliable, maternal employment increased over the course of the early twentieth century, fueling the need for child care. Still, because mothers’ pensions were dominating the social arena, there was no chance of obtaining public funding for daycare.

The extraordinary economic and social demands of World War II compelled Congress to address America’s child care problem. Congress passed the Lanham Act in 1941, creating a federally sponsored child care program. World War II made this action possible because it pulled greater numbers of women into the labor force and put them to work in unprecedented ways. As the war exploded conventional gender norms, public and private institutions began to celebrate women’s economic contributions outside of the home. This change made the notion of a publicly funded child care system acceptable. But public support was short lived. When the war ended, social stability replaced military victory as the nation’s top priority. Consequently, many Americans came to believe that the nation needed women to return to their traditional roles as wives and mothers to make jobs available to the returning soldiers. To that end, the federal government ended daycare funding and gave veterans the right to replace wartime workers.

Even with these setbacks, remarkable socioeconomic changes persisted below the surface. Although there was a dip in the immediate post-war period, the number of women employed continued to rise over the long-term. Even at their lowest point, the post-war figures reflecting women’s numbers in the labor force were higher than those in 1940. By 1947, these figures began to increase again as the long-term trend in female employment re-emerged. Though popular culture upholds the image of the 1950s stay-at-home mom, the reality was that increasing numbers of women entered the labor force to help their families participate in the post-war expansion of the American consumer society. Yet the absence of a functioning child care system once again forced working mothers to rely on informal, scattered, and sometimes-risky child care arrangements.

So, here we are: American families continue to endure an economic dilemma in which parents have to grapple with the expensive mess that is child care in America. If I could snap my fingers and make my dreams come true, I would be working full time as a researcher for a policy institute. My children would be enrolled at a daycare center, or they would be at home with a full-time caregiver. I would not have to worry endlessly about how to pay for child care, because affordable, high-quality child care—built through the creation of a network of nationally funded child care centers and through government support of caregivers at home—would be easily available to everyone.

Yet even these goals will be unattainable until we commit to a deeper objective: re-socializing ourselves in terms of how we understand workplace demands, family life, and gender roles. We need a cultural pivot toward a recognition that family responsibilities and workplace commitments do not have to be in competition with one another. And we need to give men and women actual, unbounded choices about whether to work inside or outside of the home—without compromising the care of their children.