What’s the Point of Off-year Elections? 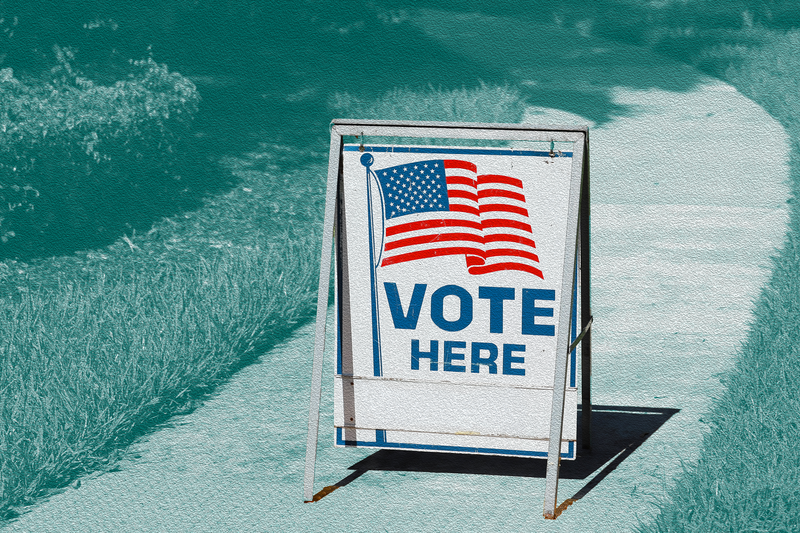 Unless you live in one of a handful of states, it might pass you by that today is Election Day.

Off-year elections, taking place between a midterm and a presidential election, rarely come into the spotlight. And in 2021, aside from a high-profile gubernatorial race in Virginia, most votes are happening at the local level — for mayors, city councils, and ballot initiatives.

We talk to experts Lee Drutman and Maresa Strano from our Political Reform program about why off-year elections still exist, and what’s noteworthy about this one.

This interview has been edited for clarity and length.

Editors: Why do states hold off-year elections in the first place?

Maresa: Up until the late nineteenth century there was significant variation in election timing across states. Some states held their elections in odd-years, some in different seasons. When Congress acted to standardize the schedule for House elections in 1872, aligning them with presidential elections, most states decided it was most cost-efficient to synchronize their election calendars. But not all states chose to do that. And most states that decided not to switch — out of independence, rebellion, racism, or other reasons — have stayed off-year, or “off-cycle,” ever since.

The reason that so many local elections are off-cycle is that, during the Progressive Era of the late 1800s and early 1900s, a lot of municipalities wanted to decouple their politics from corrupt, partisan federal and state politics and party bosses. However, some more problematic reasons were to discourage voter turnout from the people they didn’t want voting, which is a challenge we’re still dealing with today.

It’s pretty common knowledge that voter turnout is highest during presidential elections, and tanks at the midterms. How does turnout for these off-year elections compare?

Maresa: Turnout in presidential elections over the last 50 years or so has been in the 50 to 60 percent range, while with midterms you get high 30s, low 40s. These levels may be well below the OECD average, but they frequently outperform participation in off-cycle elections, particularly municipal elections that don’t coincide with any state or federal contests. A 2016 report on city election turnout found turnout was below 15 percent in the 30 largest cities, but that turnout for on-cycle elections is twice as high on average. Famously, when Baltimore aligned its local elections to presidential election years in 2016, voter turnout jumped from 13 percent to 60 percent. Another city that has had consistently low municipal election turnout was New York City. There was a spike in turnout this year in the primaries, but that could be a novelty effect of the city’s introduction of ranked choice voting (RCV). The growing turnout could also be a trend that we’re seeing across all elections, but it’s still really bleak. Now in recent years, and especially since the beginning of the pandemic, we’ve seen a rise in the number of jurisdictions that automatically send ballots to registered voters. If you see a ballot show up in your mailbox, you’re more likely to vote in lower-profile elections.

Lee: A lot of these off-season elections are city and municipal elections in which you have one-party rule (in most cities, Democrats win mayoral elections) and you also have very low turnout. The combination of non-competitive elections happening during non-presidential election years is a recipe for incredibly low turnout.

The outcomes of local elections often have a more direct impact on our day-to-day lives than the outcomes of federal elections, and yet a lower percentage of the population votes in them. Why do you think that is?

Maresa: One factor is attention. There’s just not as much media attention being paid to local elections and local politics. There’s been a precipitous decline in local political news reporting, and more people live in local news deserts. Even if there are major actions being taken by city councils or mayors, without local journalists to cover them, they often happen in the dark. Residents see the effects of local government, positive and negative, but it’s harder to connect the dots. The second, related factor is that as politics have become nationalized, so have people’s media diets. Local issues have been swamped by national narratives and partisan battles. People are so caught up right now in what’s happening in Washington that they don’t see what’s happening in their own city halls and state houses.

Lee: I live in D.C. and it really hit home for me during the 2018 election for D.C. mayor. I got all this campaign stuff in the mail about [Democratic incumbent] Muriel Bowser standing up to Trump. There was nothing about what she’d done for the city. And that’s a pretty common way for local candidates to campaign. The issues people care about are hyperlocal — like zoning in their neighborhood or their school district — the citywide issues are a little too big and far away to feel as tangible as the immediate issues on their block.

To take another example, it’s pretty clear that the Virginia election is not about Virginia politics. McCauliffe's campaign basically just reminds people that Trump still exists and Youngkin is focused on the nationalized debate over parents in schools and mask mandates. Which is ironic that what should be a local issue has become a national issue. It just shows you how much national politics have seeped into local politics.

As you mentioned, the big election everyone is talking about is the Virginia gubernatorial race between Democrat Terry McCauliffe and Republican Glenn Youngkin. Are there any state and local races or citizen initiatives to watch?

Maresa: There’s a legislatively-referred constitutional amendment in New York going before voters for redistricting that might tilt the system in favor of Democrats in the state. This is controversial because right now the Democratic Party is waging a national fight against gerrymandering on ostensibly moral grounds. But New York, which is controlled by Democrats, might go the other way and say “we have this advantage and we’re gonna dig it in.” It’s going to be important symbolically, and it could affect the partisan balance of Congress depending on what New York decides to do.

Utah is piloting a new version of RCV in 20-something cities for city council races. That’ll be a huge increase in the number of jurisdictions, especially Republican-led ones, using RCV, and how it works will inform what Utah decides to do next, if they want to turn this pilot more permanent.

And in Seattle, there’s another opportunity for voters to use their “democracy vouchers,” which is an innovative public financing program launched by the city in 2017. Every resident gets four vouchers in the mail that they can use to donate to candidates running for city council and mayor. The purpose is to broaden the donor base and incentivize candidates to reach out to people they wouldn’t normally have the time or will to seek out. The research on its effectiveness is inconclusive so far but participation in the program doubled in its second year out and the concept is gaining traction in other cities and even nationally.

Should we eliminate the off-year election? Is that even possible?

Maresa: It’s hard to achieve any change when it’s up to politicians who have benefited from the status quo. But there are always bills and citizen initiatives percolating to align off-year state and local elections with the federal election calendar. A couple recent bills forced cities with dismal turnout to change their schedules, so states do have some power to change when municipalities vote. However in states like Kentucky and Louisiana, where they can elect Democrats statewide but they struggle to elect them federally, one party benefits from the schedule more than the other, and that complicates things. And at the city level, Democratic Party interests in promoting participation may sometimes be in conflict with electoral incentives involved in the off-year schedule. Still, there’s definitely a demand by reformers to consolidate elections as a means to increase turnout across demographic lines as well as to reduce the burden that voters face in having to show up to the polls every year. Not to mention, it would also be way cheaper for the relevant states and municipalities.

It’s hard to achieve any change when it’s up to politicians who have benefited from the status quo.

Is there any way to increase voter turnout and make these elections just as much of a priority as even-year elections?

Maresa: We could pay people to vote, or make voting compulsory! (laughs) I know, I know those aren’t viable options. If you could focus more media attention on these incredibly important races, turnout would increase. Other potential pathways include universal mail-balloting for local and special elections, or a public financing program like the Seattle voucher program, which in theory should help upstart candidates and give more voters a way to feel engaged in the campaigns. And any way to increase competition, be it through greater investment by parties and organizations in candidate recruitment, or lowering ballot access thresholds for minor parties, would help.

What are some of the issues the Political Reform program is watching going into the 2022 election cycle?

Lee: Alaska passed a ballot initiative where the top four vote-getters go on to the general election. The big question is whether this preserves Murkowski’s career as senator. She’s been critical of Trump and broken with the Republican party, and has a pro-Trump challenger.

Maresa: This will be the first time we see a top-four open primary feeding into a RCV general election. If it works as advertised, we expect to see similar reforms spread quickly. We’re bracing for whatever happens.

America Needs a Federal Elections Agency (Political Reform, 2020): Voting in America is a mess — it is unfair, insecure, and too complicated. Forty-six percent of Americans aren’t confident in our elections. This report addresses the inability of current federal election regulators to guarantee free and fair elections, and the need for a empowered and properly funded elections agency.

What We Know about Congressional Primaries and Congressional Primary Reform (Political Reform, 2021): The congressional primary is often portrayed as a central agent in the story of hyper-partisanship in the United States and congressional politics. We explore the possibility that primary reform, particularly open and nonpartisan primaries, could be a promising mechanism to elevate more moderate and compromise-oriented candidates and representatives.

Could Higher Levels of Political Participation Become the New Normal? (The Thread, 2021): From the election of Donald Trump, to the election of Joe Biden, to the insurrection on our Capitol, and almost every political event that has followed, we’ve seen a heightened state of political activity — bringing record voter turnout, organizing, and fundraising on both sides of the aisle. What could this new normal in political participation mean for our democracy?