Could Abbott Elementary Fix Our Schools? 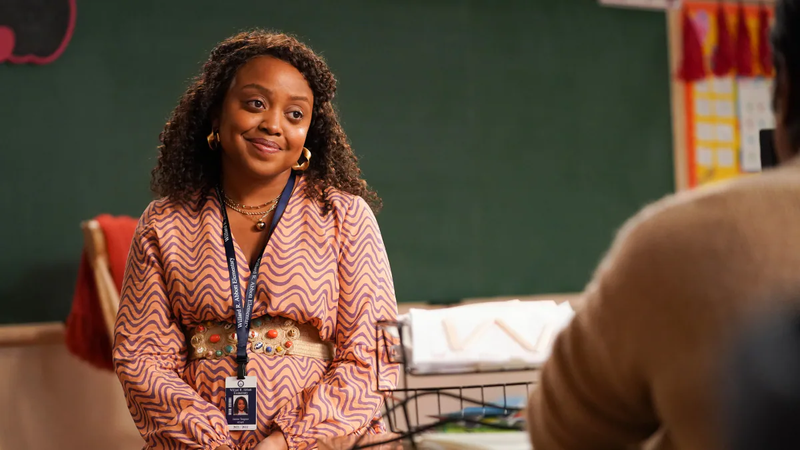 “This is literally my life.” After middle-school teacher Becca Brown watched the first episode of the new ABC sitcom Abbott Elementary, she gushed at how much it made her laugh — and how much it resonated. Brown, who works in the Warren Consolidated Schools, a public school district just north of Detroit, “felt very much heard.”

All over the country teachers are raving about how real, relatable, heart-warming, hilarious, and honest the show is. Quinta Brunson, the show’s creator, is surely happy to hear it. She modeled the show on the experiences and work of real teachers like her mother, who taught in Philadelphia public schools for 40 years.

But Brunson’s ambition is to do more than give teachers a love letter. She told EdWeek that she hopes the show will lead us “into a better place in this country with our treatment of education, specifically public education.”

Getting to a better place is necessary — especially during this demeaning and exhausting 2021–22 school year, as school board meetings have devolved into shouting matches, school leaders have been tracked and threatened, federal legislation to support child care and education is on its deathbed in Congress, and the governor of Virginia has created an email tipline for parents to complain about teachers. Fifty-five percent of teachers plan to leave the profession earlier than planned, according to a recent National Education Association poll.

Providing kids with a good education requires an investment of time and money, but getting people to recognize this is a tough assignment. In the world of public schools, the people on the inside — the teachers, principals, bus drivers, and school nurses — talk everyday about the problems of underfunding and broken HVAC systems, of district bureaucracy and dysfunction. But those on the outside go about their days without any sense of the challenges facing public schools every day. Sure, op-eds and advocacy papers are released all the time trying to shine light on these problems, yet, little changes. Could Brunson’s mockumentary possibly make headway on this problem?

“I think a show like this is beyond important right now,” says Joy Gorman Wettels, partner at the media company Anonymous Content and the executive producer of 13 Reasons Why, which is credited with opening up painful but critical national conversations about teen suicide and sexual assault.

Gorman Wettels, who has a daughter in public school and has conducted research on funding disparities between rich and poor school districts, says shows like Abbott Elementary can give audiences a window into an authentic life experience that they wouldn’t otherwise understand, dosed with comedy. “I’m so thrilled that Quinta and everyone who made that show are amplifying the voices of teachers in need,” she says. The lack of resources and support in public schools is “more common than you think.”

Entertainment has a track record of shifting attitudes in the court of public opinion. An often cited example is how modern-day TV shows led to deeper acceptance of gay marriage and other LGBTQ+ issues. The new documentary Visible: Out on Television explains how shows like Will & Grace and Glee provided compelling storylines and authentic representations, helping to push forward the LBGTQ+ movement on screen.

Peer-reviewed research is starting to offer evidence of just how effective and powerful TV can be. In a University of Southern California (USC) study, women in Los Angeles were randomly assigned to one of two conditions for delivering a public health message about pap smears: one was a touching video story about mothers, aunts, and sisters preparing food for a quinceañera and talking about the importance of checking for cancer, and the other was a video that showcased doctors and scientists with the same message. Six months later, the number of Mexican-American women following the medical advice to get a pap smear increased. The change was most dramatic among those who watched the quinceanera story, jumping from 32 to 83 percent.

Other examples come from the plethora of hospital dramas and crime shows on television today that have led to greater awareness of pressing health issues and a deeper understanding of the limitations of the justice system. Soap operas in Brazil that discuss family planning have been credited with helping to reduce the fertility rate, based on data from a study in American Economic Journal: Applied Economics. And the show Parks and Recreation (another mockumentary) had a much wider audience than the small share of adults who work for municipal governments, leading Next City to credit the show with “illustrating the importance of public space, water infrastructure and even city incorporation.”

Yalda Uhls, founder and director of the Center for Scholars & Storytellers at University of California at Los Angeles, says the USC study also shows that creators need to craft stories that speak to the people they are trying to sway. To deepen public understanding of teachers and schools, she says, a show will need to appeal to those not already inclined to see public education as worth investing in, instead of just “preaching to the converted.”

And it’s not entirely clear yet exactly who is watching Abbott Elementary aside from the vast population of teachers and their friends and families professing their love for the show. Christyn Wallace, a teacher in the Baltimore City Public Schools (BCPS), who includes herself in that fan base, is skeptical it will make much difference with people already hardened against public schools. If non-education people do start to take in the show, Wallace worries, they might shrug off the stories as just extreme cases.

But, as teachers continually point out, the stories shown in Abbott Elementary are in fact happening in schools every day. Many teachers, for example, related emphatically with the episode on the shortage of classroom supplies. In the episodes, teachers use videos on social media to beg for tissue boxes, crayons, markers, and staplers. Wallace of BCPS said she budgets $1,200 of her own money each year to spend on supplies for her classroom, taking the funds directly out of her own paycheck each month.

"I’m so thrilled that Quinta and everyone who made that show are amplifying the voices of teachers in need." — Joy Gorman Wettels

Due to these low to non-existing budgets, teachers have been forced to use systems like DonorsChoose to advertise their needs and solicit donations to make up the difference between what the government funds and the actual costs of running a classroom. DonorsChoose was also promoted through social media from Abbott Elementary’s Twitter account.

Other types of educators, like librarians, face similar challenges. More than 9,000 school librarian positions in the United States were cut between 2009 and 2016, according to a Bloomberg report. Brown of Warren Consolidated Schools said she recently showed a student some books in the school library, which is now only staffed part-time by a librarian, and the student asked, “‘When is the next shipment of books coming in?’ And the librarian was like, ‘Um, it’s not coming in. We haven’t had a budget for the library in like a decade.’”

Abbott Elementary has been able to bring these kinds of authentic stories to life “without hurting the soul,” as BCPS teacher Wallace put it. Its lightness and humor has led to good reviews — with a 100% “fresh” on Rotten Tomatoes’ Tomatometer — and audiences quadrupling since it premiered in December. We have to wait to see societal shifts in how people see public schools and their teachers, but the sitcom’s parent company, ABC, has already partnered with Scholastic to provide free book fairs for seven underfunded schools this week, enabling students to receive two free books and each teacher to receive 10. And the show, even only after its freshman year and now renewed for a second season, is a model for producers who want to deliver entertainment “with inspiring impact or historical or social relevance,” according to Gorman Wettels, who counts herself among the inspired: “Abbott Elementary is one of the more brilliant things I’ve seen in popular culture in a long time.”

Rich Schools, Poor Schools and a Biden Plan (Education Policy, 2021): The Biden administration wants to tackle inequitable school funding with a $20 billion budget that could help close the equity gap between school districts. With predominantly lower-income and minority students making up many of the districts lacking necessary funding, could Biden's proposal be too ambitious for some lawmakers?

A Toolkit for Effective and Supportive Transitions for Children, Families, and Educators in Fall 2021 and Beyond (Education Policy, 2021): Trauma, loss, and uncertainty are all side effects of the pandemic that will impact young children for years to come — but policymakers can mitigate these effects. Support systems that center families and early childcare programs could be part of the answer.

Why public school teachers need paid family and medical leave (Better Life Lab, 2021): Paid family and medical leave for public school teachers is often nonexistent, or extremely inaccessible. Since the COVID-19 pandemic, this lack of support has been detrimental for many educators, causing heightened stress and increasing inequality. Could paid leave be the key to improving public health, and retaining educators?