Brazil’s Own “January 6”: The Growing Threat of the Far Right 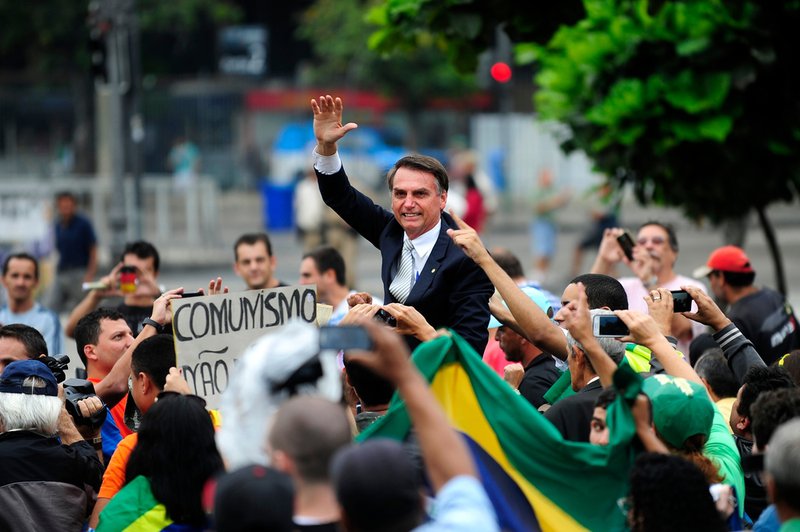 Two years almost to the day after the historic insurrection in our nation’s capital, Brazil’s far right did the exact same thing. As we enter into 2023, it’s clear the effects of Trumpism and right-wing authoritarianism continue to linger in the air and are spreading across the globe.

The tug-of-war between democracy and authoritarianism has become a global challenge. Events in the U.S. — including the not-so-democratic January 6 attack on the Capitol — have a direct influence on how the rest of the world defines their own democracies. For a young democracy like Brazil, the consequences are dire. Globally, democratic erosion has become a growing threat. In Brazil, not only does its state of democracy resemble the dangers and fears of the rise in authoritarianism, but to a large extent, it is much scarier than we thought. Here’s why.

On Sunday, January 8, 2023, as predicted by many policy analysts and even elected officials, supporters of Jair Bolsonaro, the right-wing former president of Brazil, stormed government buildings in Brazil’s capital, Brasília. Like Trump, Bolsonaro cast doubts on the accuracy of the election results, even threatening to refuse the results altogether if they were not in his favor. During his time in office, he stated that Brazil could “have worse problems” than the U.S. did during the January 6 insurrection. Despite the former president’s own efforts to acknowledge the constitutional peaceful transition of power and public tweet condemning violent riots, Bolsonaro’s attitude and messaging leading up to Brazil’s attack laid the groundwork for the country’s own January 6.

Though the events in Brazil mirror those of our nation’s January 6, the actions of the two countries’ leaders differ. Trump, unlike Bolsonaro, adamantly refused the 2020 presidential results and stood at the National Mall to call for his supporters to “stop the steal.” Whereas, Bolsonaro both threatened to refuse the election results and called for peaceful acts of protest, condemning violence, and physically leaving the country altogether ahead of Lula’s inauguration. And yet, he failed to discourage his supporters from camping outside of military headquarters leading up to the frightful attack. In many ways, his silence ahead of the attack, was enough of a signal for his supporters to do the inconceivable.

While trying to separate himself from the rioters and hiding out in Florida, Bolsonaro remains at the center of it all. Much like Trump leading up to January 6, Bolsonaro played a long-standing role in setting the tone for a similar coup on his nation’s capital. His base of supporters — already deeply skeptical of the left with growing distrust in the electoral system more broadly — were ignited by his initial denials of the Brazilian presidential election. To that end, Bolsonaro remains a symbol of authoritarianism and one of the world’s most extreme-right leaders in modern history. While his culpability may not equate to that of Trump, his looming influence represents a much larger concern for the rise of right-wing authoritarian movements — one that has been gaining massive support internationally. Much like in the U.S., Brazil is undergoing a deep level of polarization and rise of extremism in this era of misinformation which is fueling a personalistic, authoritarian movement at-large.

Now, with President Lula in office, Brazil and the future of its democracy faces steep challenges, including stamping out the Bolsonarism that continues to linger throughout the country and advancing a progressive agenda in a country that has strayed far from where it was when President Lula was first in office. Brazil has seen a major socioeconomic shift in its population — making it harder for now-president Lula to accomplish his political aims. This includes figuring out how the 38-year-old democracy will hold those responsible for the January 8 attack on its Capitol and the Supreme Court.

Since the attack, thousands of rioters have been arrested and leaders around the world have been calling for Bolsonaro to return to Brazil after hiding in the United States. Many are also calling to hold the organizers accountable for busing rioters and igniting the attack. As the U.S. continues its own investigation into the January 6 events, there are many other democracies that can learn from the process, both the successes and errors. After a year-long investigation, the Select Committee recently finalized an 845-page report, including recommendations to ban Trump from ever holding office again and for the Department of Justice to bring criminal charges against former President Trump.

As all eyes remain on the United States and its efforts to protect democracy, there is an opportunity to send an international message that anti-democratic forces will not be tolerated here or elsewhere. And, as a young and vulnerable democracy, Brazil faces greater challenges in dismantling a growing personalistic, authoritarian movement — one that will only continue in the absence of former president Bolsonaro and in the presence of President Luiz Inácio Lula da Silva until we act accordingly. With a long history of military suppression and deep divisions, Brazil will remain vulnerable to history repeating itself, unless Brazil — as Mark Schmitt argued for the U.S. to do last year ahead of the Select Committee hearings — sees this as an opportunity to “establish accountability for failures, inspire legislation, and get [its] government back on track.”