Polarization reaches dangerous levels and threatens the rule of law 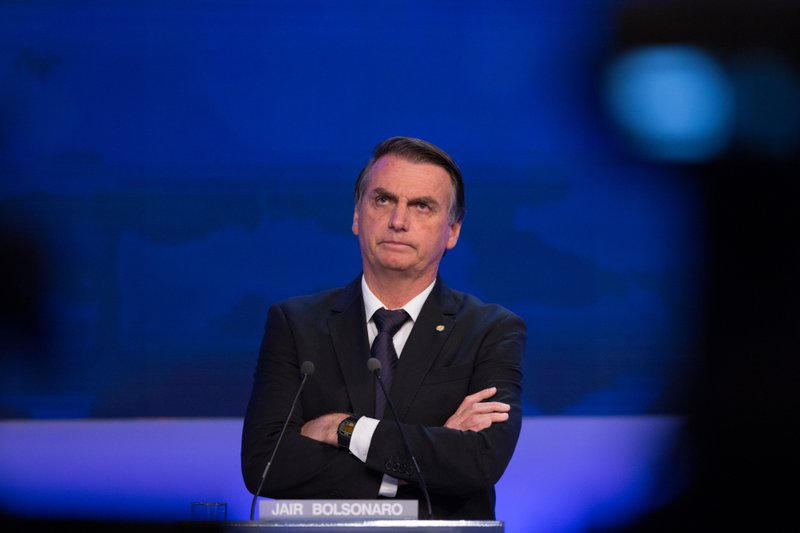 The most important battle in Brazil today isn’t about how who plays the game best, but instead over what the rules of the game should be.

The first half of 2019 for Jair Bolsonaro—Brazil’s President, or the “Trump of the Tropics” as some like to call him—has been rough. His administration, mired in scandal and controversy, has been unable to match up to the anti-establishment, tough-on-corruption signature image that the candidate offered on the campaign trail last year, which ultimately landed him in the Executive Office. On Twitter, Bolsonaro offers observers a window into the man himself; watching how he carries himself (Remember that golden shower tweet?) and how he and those in his circle interact with the media, supporters, and critics has given observers pause.

But Bolsonaro, much like President Trump, is not the problem. Bolsonaro is the result of a deeper and more widespread phenomenon that assails Brazilian democracy: polarization. The left-right divide—a healthy feature of a pluralist political system—is so toxic now that divergence of opinion has surpassed the realm of policymaking. And that’s where the real danger lies.

A Fragile Democracy as a Result of a Divided Country

As one of the world’s largest democracies, Brazil’s current political state serves as a good thermometer for the state of democracy more broadly. Unsurprisingly, much like the U.S. and some European countries, the South American giant is facing a political and societal crisis that has divided the country.

At the mercy of these divisions are the country’s political institutions whose resilience keeps being put to the test. Today, Brazil has no shared vision for how justice is to be delivered, how laws are to be designed and enacted, or how government and private interests are to be held accountable.s. The ideological gulf—spurred by the political crises of recent years—continues to come further apart and challenge the concept of a shared understanding of the rule of law. On one side are conservative Brazilians who support Bolsonaro and approve of Lula’s conviction; on the other are progressive Brazilians who see Bolsonaro as an authoritarian leader, Moro as a corrupt and biased judge, and Lula as a victim of political expediency.

The World Justice Project’s Rule of Law Index measures how the rule of law is experienced and perceived by the general public in 126 countries and jurisdictions worldwide. It measures countries’ rule of law performance across eight factors: constraints on government powers; absence of corruption; open government; fundamental rights; order and security; regulatory enforcement; civil justice; and criminal justice. Ranking 58th out of 126 countries worldwide, Brazil declined three positions for overall rule of law performance since it was last measured in 2017-2018.

Some of the more immediate consequences of this rule of law downturn include widespread corruption in all levels of government and a broken criminal justice system that fails to establish order and security. But beyond that, the left-right divide hinders compromise and has made it virtually impossible to come to a shared vision for the rule of law, one that supersedes partisan ideology and has put the idea of Brazil as a consolidated democracy into question.

When former federal judge Sérgio Moro and federal prosecutor Deltan Dallagnol uncovered a massive kickbacks scheme that involved contractors, politicians, and the country’s state-owned oil company, Petrobras, Brazilians and the world were shocked. Corruption was more entrenched and systemic than anyone thought was possible, as politicians from Brazil to Mexico found themselves ensnared in graft scandals worth billions of dollars. No one was immune to Moro and Dallagnol’s pursuit to leave every stone unturned in their anti-corruption probe—not even Brazil’s most beloved and charismatic former president, Luiz Inácio Lula da Silva.

Moro and Dallagnol rose to hero status for millions of Brazilians who were eager to rid the country of corruption and who saw the country’s judiciary as the only untainted political institution in their country. Lula was found guilty of crimes of corruption and sentenced to 12 years in prison, which prevented him from running for office in last year’s election. Bolsonaro, who won by a landslide, appointed Moro to become Minister of Justice and Public Security.

But the ghosts of corruption continue to haunt Brazil.

Last month, leaked archives showed that now-Justice Minister Sérgio Moro counseled prosecutor Deltan Dallagnol for more than two years during the investigation. The discovery of the back-and-forth between the two men—about whether or not they had enough evidence to convict Lula of corruption—couldn’t have come at a worse time for President Bolsonaro, who was already facing historically low approval ratings. For many critics of his administration and for Lula supporters, the recent revelations became further evidence of a biased judiciary that failed to uphold its most sacred principle during one of Brazil’s most decisive moments in history. It confirmed what many saw as a plot to undermine Lula’s candidacy, destroy his legacy, and have his successor Dilma Rousseff removed from office. Fifty-eight percent of Brazilians saw the actions of the judge and prosecutor as a serious violation of judicial ethics and independence.

Still, for another 31 percent of people, there was nothing unethical about Moro and Dallagnol’s actions. Late last month, thousands marched across Brazil to show support for Justice Moro and affirm their trust in both the country’s judicial system and the legality of Lula’s trial. For others, to successfully tackle the systemic corruption that assailed the country since its origins, Brazil’s judiciary had to be willing to be creative—and the gains in the fight against corruption had to compensate for any excesses committed by the prosecution.

Moro, Dallagnol, and Bolsonaro doubled down on their beliefs in the legitimacy of Lula’s trial. Lula supporters are now further convinced that the country’s political right orchestrated an unjust trial to put the former President behind bars.

The Gap Between the Right and Left Continues to Widen

The “leaked conversations” episode became the epitome for polarization in Brazil and further cemented the right and left in their respective camps. And the split is not only seen the halls of Congress or the courtroom. Recent data shows that three out of ten Brazilians believe it’s not worth talking to someone with a different political vision, putting Brazil at a higher “radicalism index” than countries like Turkey, Hungary, Russia, and the United States.

Comparable to the chilling effect that the election of Trump had on personal relationships throughout the United States, the “Era of Bolsonaro” has meant that, for some Brazilians, talking politics is out of the question. Guilherme Lourenço, an English teacher in Brazil, told me he was “the only one in my family who's been against Bolsonaro and Moro right out of the gate.” And although he hasn’t stopped talking to his family, healthy political discourse has stopped:“I most certainly refrain from talking politics, now more than ever,'' he said. According to the survey above, only 25 percent of Brazilians think it’s important for them to listen to people who are different from themselves, especially if there’s disagreement.

This polarization also manifests itself online. Back in 2013, a study found that Brazilian Facebook users with political interests could be categorized into six "user communities" based on the types of pages they visited: (1) conservative politicians and parties; (2) politicians and leftist parties; (3) hardcore anticrime groups; (4) anti-corruption campaigns; (5) progressive social movements; and (6) human rights and environmentalism. And “[t]hough there was a clear difference between the online behavior of people who followed left-wing and right-wing politicians in Brazil in 2013, the distance between leftist and rightist social movements was not so vast,'' wrote the authors of the study. It wasn’t uncommon, for example, for socially progressive users to be interested in anti-corruption conversations or for some anti-corruption groups to be sympathetic to environmental causes.

That’s no longer the case. Fast forward to 2016, and the researchers saw “users who once comprised six visibly distinct communities of interest separate into just two groups with very little overlap: progressives and conservatives.” The Brazilian right and the left have become more homogeneous, rigid, and siloed.

With only one eighth of Bolsonaro’s presidency behind us, the severity of Brazil’s right and left polarization is unsustainable and unconducive to efficient and responsive governing. If they don’t find a way to see eye to eye on the rules of the game, conservatives and progressives are likely to continue drifting further apart. The consequences of that will be much more severe than any disagreement over who is or isn’t corrupt.