Behind the Company That Changed Agriculture As We Know it 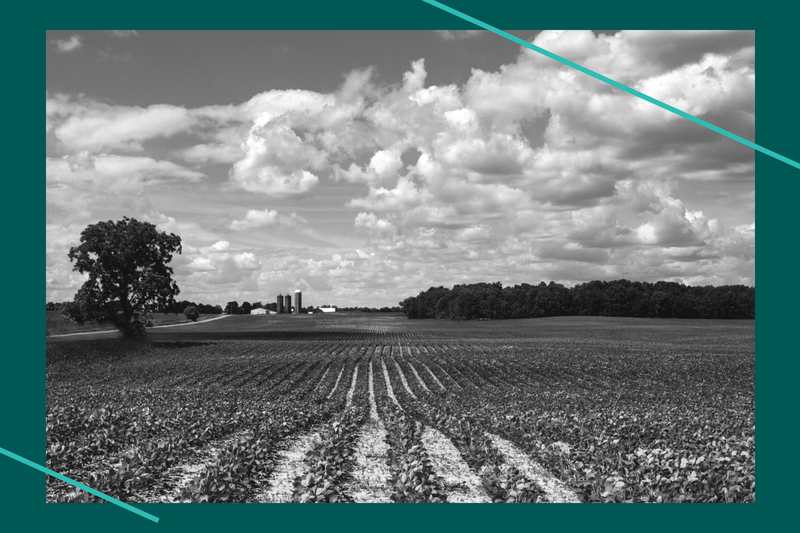 In 2018, the German pharmaceutical giant Bayer merged with St. Louis-based chemical company Monsanto, creating a global chemical and agribusiness behemoth. As the largest producer of genetically engineered seeds in the world, Monsanto has transformed the way we do agriculture. But as Monsanto has risen, it’s also faced a rising anti-GMO movement and new lawsuits alleging their herbicides have done harm to human health. In this Q&A from The Fifth Draft — the National Fellows Program newsletter — 2017 New America National Fellow Bart Elmore discusses his forthcoming book, Seed Money: Monsanto's Past and Our Food Future, detailing how Monsanto came to have such an enormous impact on our food system. Sign up for The Fifth Draft to hear how the world's best storytellers find ideas that change the world.

Your Fellowship project, Seed Money, tells the history of Monsanto, from making the insecticide DDT to now manipulating DNA. Could you tell us why you chose to write this history?

I really stumbled upon this story. While researching my first book about the environmental history of Coca-Cola, I received permission from Monsanto to review the chemical company’s corporate records housed at Washington University in St. Louis. At the time, I was investigating the history of Monsanto’s caffeine contracts with Coca-Cola (Monsanto produced caffeine for Coke from broken and damaged tea leaves). It was just supposed to be a chapter’s worth of research, but I soon got hooked. I left that first trip to St. Louis knowing there was a bigger story in those archives. So I went back to unpack the history of Monsanto, a company now merged with the powerful German pharmaceutical firm Bayer, which is the largest genetically engineered seed seller in the world.

Just two years into this project, everything changed. In 2015, news broke about links between Monsanto’s herbicide Roundup and cancer. And this was just the beginning of the media frenzy that enveloped the company. Soon more lawsuits followed for other Monsanto herbicides and chemicals. Though none of these issues were front and center in my mind when I started the project, I knew I had to leave the archives and embark on a global journey to understand the history that was unfolding right before my eyes. Now, six years later, I’m excited to share with the public what I’ve found.

You mentioned your previous book, Citizen Coke: The Making of Coca-Cola Capitalism, which incidentally also took on a huge corporation. What draws you to these subjects? What is the research process like and what challenges do you face reporting on such behemoths?

If I was being honest, I’d say that after Seed Money, I’d like to take a break from investigating large, multinational firms. It has really been a grind, in part because firms like Coca-Cola and Monsanto are information gatekeepers, carefully controlling which documents they release to the public. I’ve had to fight hard to get the records that serve as the foundation of this book, and it took roughly eight years to put all these materials together. But though I’m a bit weary, I also feel that I have an obligation to continue work in this area, in part because I have learned so much over the past 15 years from journalists and historians about how to gain access to confidential corporate information. I have to thank New America here because you put me in touch with some of the leading investigative journalists in the country, and these writers shared wisdom that helped make this book better. In graduate school, historians are rigorously trained in the art of dissecting an archive, but rarely do we learn how to talk to sensitive sources over encrypted phones or how to adequately protect vulnerable interviewees who want to speak about secrets inside big firms. In the years ahead, I plan to take the lessons I learned at New America back to the classroom in hopes that the next generation of business historians can learn essential skills needed to investigate powerful corporations that wield outsized influence on our global economy.

Even as Monsanto tried to shake itself free from a chemical economy it helped create, it was never able to fully escape its past

What do you hope policymakers and others in positions of authority take away from such a deeply reported history of Monsanto?

This book takes readers back to the origins of Monsanto in 1901 and shows how the company became reliant on fossil-fuel feedstocks to run its business. I call this strategy for making money “scavenger capitalism.” The firm was feeding off the remains of plants and animals long dead. By the 1970s, however, scavenger capitalism became a liability. At that time, roughly 80 percent of all the products Monsanto sold came from oil or natural gas, and when the energy crisis hit, the firm knew it had to find a new business strategy or it would begin to lose money. This is the often overlooked ecological reason why Monsanto decided to shift into the genetically engineered seed business. It was a strategic way out of a chemical commodity production industry that was becoming increasingly unprofitable due to changes in the oil and gas market. And the real takeaway here is that even as Monsanto tried to shake itself free from a chemical economy it helped create, it was never able to fully escape its past. Roundup was the first billion-dollar herbicide in history; it could not abandon this brand as it made the transition into genetic engineering. In the end, Monsanto focused its energy on developing GE technology that would help it sell old petrochemical products. This history should matter to policymakers engaged in our current energy transition, because as we think about moving toward a fossil-fuel-free economy, food production needs to be at the center of that conversation. Twenty-five years of agricultural data shows quite clearly that GE technology has not curbed our deep dependency on fossil remains buried deep in the ground. In fact, it has made us even more reliant on these finite resources.

How did you come to your role as environmental historian at the Ohio State University?

When I started graduate school I didn’t know the discipline of environmental history existed. Though the field dates back to the 1970s, when the modern environmental movement was taking off, scholarship in this concentration had not made it into my high school or undergraduate curriculum. But when I took a seminar on the subject in my second year of grad school, I was immediately hooked. I’d always been deeply committed to environmental causes, and I was intrigued by a field that promised to use the past to help develop solutions for the future. I remember when I was applying to grad school, one potential adviser mentioned that he thought I might have a “messianic complex” (at least that’s what I remember him saying). I felt his assessment was a bit much, but he was on to something. I was indeed passionate about writing histories that could be used by various stakeholders in our own time to better the world in which we live. I’m still driven by that conviction, precisely because the environmental challenges we face right now are so pressing. I’m not sure that drive will ever go away, especially now that I have two young boys, born during the writing of this book, who have to inherit whatever world we leave them.

What do you think genetically modified seeds will mean for our food future?

Twenty-five years ago, Monsanto executives promised that the firm’s Roundup Ready seeds, genetically engineered to be resistant to Monsanto’s blockbuster herbicide Roundup, would reduce farmers' need for a diverse array of herbicides. Unfortunately, this promise has not become a reality. It is true, that by the end of the 1990s and into the 2000s, farmers who adopted genetically engineered (GE) crops saw reductions in overall herbicide use in the United States, but around 2003, largely due to the emergence of Roundup-resistant weeds, farmers have had to turn to older chemicals to deal with weeds that are resistant to Monsanto’s Roundup. Though Monsanto told farmers in 1996 that GE seeds would allow Monsanto to sell “information, not more stuff” and that farmers could solely rely on Roundup to clean weeds from fields, the truth was GE crops did not sever farmers' reliance on old chemicals like dicamba, 2,4-D, and other herbicides produced from petrochemical feedstocks. Farmers are now being forced to turn back to old tools to try and fix problems Monsanto’s GE system helped create. In short, the food future currently being seeded by companies like Monsanto/Bayer looks a lot like our food past.

As Bayer and Monsanto Push for Merger, Texas Farmers Fear Rising Prices (New America Weekly, 2015): Ahead of German pharmaceutical Bayer's merger with Monsanto, Matthew Choi writes about the fears of Texas farmers — that the merger would diminish competition and cause seed prices to spike dramatically in the state.

A Bone Left Unpicked (New America Weekly, 2015): In 2015, New York Times columnist and food politics expert Mark Bittman published an anthology of his columns from the Times. Leah Douglas reviews Mark's book, including his arguments about the dangers of our increasingly monopolistic and consolidated food industry.

Black Lives, Golden Arches (New America Weekly, 2020): In the 1960s, fast food companies such as McDonald's began to saturate the market in Black neighborhoods, using community engagement and identity-forward marketing to increase profits. Jerrod MacFarlane interviews Marcia Chatelain about her book Franchise: The Golden Arches in Black America and how McDonald's has played such a large role in Black America.