Terrorism in America in the Digital Age 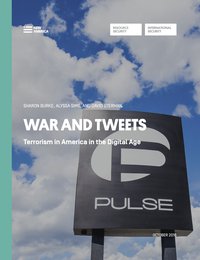 Since 9/11, 147 people in America have died in terrorist attacks, including 94 at the hands of jihadists. And while U.S. officials say they have prevented many other attacks, it is simply not possible to stop them all, especially in a society that depends on the freedom of movement of ideas, information, capital, and people.

This paper examines the changing context for public reactions to terrorism in America, particularly the evolving role of the news media in shaping those reactions and the rising, powerful influence of social media. The Pulse nightclub attack in Orlando is considered as a case study for how government decisions, political rhetoric, and especially news and social media shape public reactions to terrorist attacks and ultimately build civic resilience to terrorism. Leaders in Orlando did many things right in a difficult, tragic, and chaotic situation, and their actions can serve as an example for other cities.

Authors Sharon Burke, Alyssa Sims, and David Sterman present five policy recommendations based on their study of the Pulse nightclub attack and the response of Orlando city officials, journalists, social media, and the public.

Civic resilience to terrorism should be a public policy priority and the responsibility of city governments, law enforcement officials, journalists, social media companies, and members of the public, who ultimately get to choose how they react to an attack. Orlando offers one example of how a community can successfully choose to be resilient.

Editor's Note: October 27, 2016—This paper has been updated with additional citations and sourcing, and to update the number of annual visitors to Orlando. The city received 66 million visitors in 2015, which is the most recent data.