Building Bridges from Both Sides 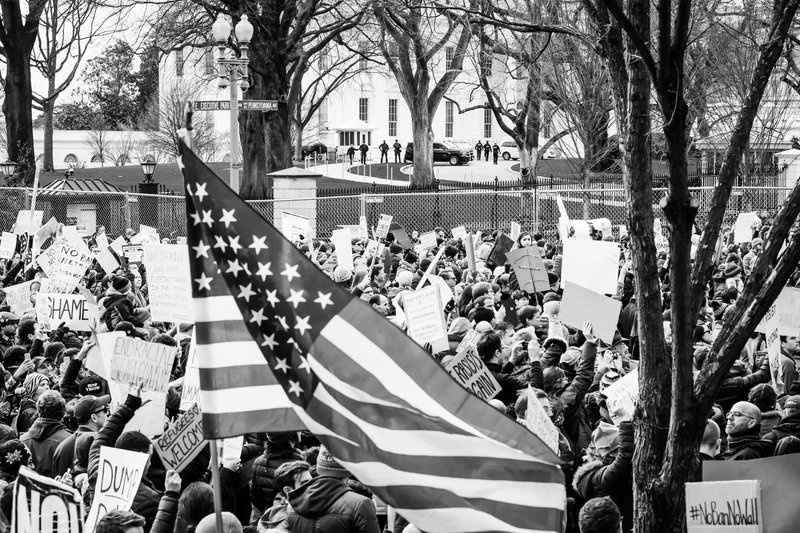 Today, we face an interesting political challenge, not just in our legislation, but in how we address the strength and capacity of our civic processes. It has become clear that our country must consider more than just physical infrastructure to truly address the nation’s durability, endurance, and stability.

However, infrastructure and architecture can offer useful sources of inspiration.

The arch-style bridge is one of the most ancient, used in the aqueducts of Rome and in designs from the present day. Building these bridges has become more efficient with modern technology, but the original design is still so commonly relied on because of its natural strength. However, it must be built from both sides. It bears tremendous weight across chasms, but only when both sides meet in alignment. What a beautiful picture of what renewed civic engagement must look like here in the United States!

In June, we welcomed an extraordinary group of men and women to Pepperdine's beautiful Malibu campus for a deep dive into public engagement. The cohort were majority city government professionals. And one thing was clear: They were eager to build their civic muscles.

“This is how you build a civic engagement bridge from both sides,” I thought as I listened to their struggles, insights and enthusiasm throughout the three-day course.

Too often on both the right and the left, community organizing models have taken a combative approach to engagement between the people and the government - drafting demands, recruiting or band-wagoning behind outsider candidates, developing “tactics” and “strategies.”

Instead of building an arch, we seem to dig the chasms that divide us deeper and wider.

This blog highlights a number of ways that civic entrepreneurs such as Participatory Budgeting’s Maria Hadden, New York City's Regina Schwartz, and the City of Baltimore’s Rev. Kimberley Lagree are offering new models of engagement. In my near-decade of working with local governments to improve public engagement practices, I can attest that a growing number of local government staff and elected officials at home and abroad are also looking to bridge the divide. For them, however, using this ancient approach can be done with some new, innovative strategies:

Following the great scientific advances of the 19th and 20th centuries, educators began to apply scientific methods to other fields: professional schools of public administration were established to turn out experts who would analyze the problems facing communities and implement solutions accordingly.

Then the 21st century arrived with a revolution in communications technology, an economic recession and recovery, and increased diversity of every kind in communities across the country. With its questions of culture and community, this new context proved too complex for the expert analysis model of simply solving issues from a scientific approach. Many local government practitioners are now seeking a new model that sees government less as a problem identifier and solver, and more as a convener and facilitator of difficult and rewarding conversations about the appropriate responsibilities of the whole community in creating and delivering a vision for the future.

If you’ve ever seen an episode of NBC’s Parks and Rec you may recognize the traditional engagement process. An elected body on a dais, staff flanking them with notebooks or computers, a nearly empty council chamber or auditorium. Everyone gets 3 or 5 minutes at the microphone. The decks are easily stacked.  The local government has done its legal duty and everyone goes home. Rarely is a heart or mind (or even a policy) substantively changed.

Over the past decade, more and more city governments have started looking at new ways of engaging residents – from participatory budgeting to pop up engagement stations to online platforms.  Many are realizing that true engagement comes not when residents feel heard, but when they are heard; when government poses the right questions and is open to creative answers.  True engagement also involves residents talking to each other. Only when this happens are community members invited into the hard work of governance, made aware of competing priorities and stories that may not parallel our own.

City staff calls them the “usual suspects" — the same dozen residents that show up at every council meeting.  They are predictably old and white, far from an accurate reflection of the population of most cities.

Across the country, cities are exploring ways to make engagement reflect the community. They know that inclusivity means more than not turning someone away at the door. It requires proactive efforts, often overcoming deeply-rooted mistrust. Some of the processes mentioned above are ways of breaking down barriers, as are offering materials in relevant language translations, orally or visually; holding meetings in different locations and at different times of day, partnering with cultural leaders, providing food and childcare. When they are honest, even cities on the cutting edge of public engagement know they have a long way to go, but they’re working on it.

Which leads to a final thought:

Building bridges is hard work. With arch bridges, the structure is only stable when the two sides finally come together. We could say the same for building engagement.  As we build toward each other, we rely on support from a variety of sources: community leaders, thought leaders, individual citizens, champions within the government.  Sometimes it may seem like all our efforts are going to holding up what little structure is currently in place.  Our best efforts may feel rickety at best. But we must persevere through the unstable stage, until the spans meet in the middle.  If we do so, we’ll create valuable infrastructure that can bear the weight of community long into the future.