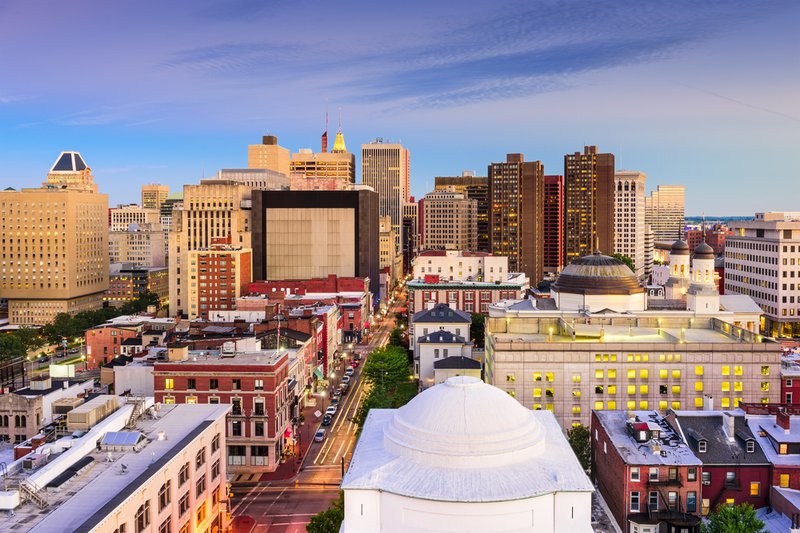 “Cultural differences should not separate us from each other, but rather cultural diversity brings a collective strength that can benefit all of humanity.”
– Robert Alan Silverstein

In building safe, resilient communities, the goals are easy to agree upon. Figuring out how to support local communities with challenges like protests and conflict is more difficult. For the City of Baltimore, the riots following the death of Freddie Gray  and public discussion of police brutality challenged the local government’s ability to communicate with its residents and still reach that goal of a safe, resilient community.

I’ve served  Baltimore communities for more than 15 years as a faith leader, activist and collaboration strategist. Most recently, my experiences have included leading post-Freddie Gray efforts with Stand Up Baltimore and faith-based engagement with the Office of Youth Violence Prevention. Having seen Baltimore face all of these challenges, I’ve worked directly with the community to inspire transformative change, how we respond to conflict and how we can make our city stronger in the long run. Three things have struck me as vital to building resilient communities.

Our communities are NOT hopeless.

Successful collaborations, of any kind, thrive when there is oneness of vision, shared values and total group understanding of the mission’s goal and how the group will achieve those goals.  Often, differences in beliefs, ethics and overall expectations, have negative and devastating impacts on group synergy and its ability to communicate effectively. In my experience, communities can feel hopeless because there can be a disconnect—even a lack of respect—between citizens and their government on both sides. Often, cities and their communities are missing that crucial bond that develops a trusting, reciprocal relationship. Decision makers that control funding don’t communicate with residents enough to know that there are solutions, and citizens feel excluded from the process. Governments may focus on “valid programming” rather than consider what the community considers best practices.

Unless we address the real implications of poorly managed cultural diversity, we will not fully actualize community collaboration in a way that produces individual transformation and positive outcomes for our families and communities. For Baltimore, this has involved consulting with unofficial community organizations and including them in city government through the B’More for Youth Collaborative. My work now involves not just looking at 501c3 programs or groups listed in the state directory, but also programs run out of basements, backyards, or churches. Most of the time, these people either don’t have the knowledge or resources to become official, or they don’t want to become official because of the red tape. But these are people who already know how to help their community and are doing that work. When the government talks to these groups, they ask the experts who already have the relational equity in the community to provide ideas and solutions that are actually working. Moving forward, one of my suggestions is to include community members in the proposal and grant-writing process before it has begun because after receiving funding, it’s hard to change the details of that program. Consulting the community when it’s too late to make meaningful adjustments to a proposal only contributes to that disconnect and feeling of hopelessness.

Happiness, success and prosperity all become a very real and tangible possibility when we embrace cultural diversity as a driving force for community collaboration and include local leaders in government debates. By incorporating more perspectives, we’ve seen that humanity rises above calamitous conditions and we bear witness to this resilience daily. Our children, families and future deserves our earnest effort and a sense of urgency to make our collective survival a priority.

Conflict is not an excuse.

Historically, in situations of societal conflict, we wage war to gain control, change the dynamics of power and force compliance. Today, we wage militarized policing and technology as divisive means of control and power. Resolving conflict this way has not brought us stability in the past and it will not bring peace and stability now. As Baltimore saw in 2015, a forceful response from the police did not de-escalate the rioting and conflict, but rather amplified it.

In order to rise above the complex challenges we’ve inherited as a nation, we must strengthen the capacity of our local institutions to develop government initiatives and community-based partnerships that effectively engage youth and communities of color. Communities are strongest when they harness the power of their diversity and strength as a collective. And successful governments support those capable communities.

With this, we have an opportunity to build new infrastructures for community collaboration. Recently, Stand Up Baltimore and other Baltimore change agents tried a new approach to avoid citizen-police conflict in response to the 2016 murder of local rapper Lor Scoota. Because Scoota’s death came about a year after Freddie Gray’s death and impacted the same West Baltimore community, the police appeared at a vigil wearing tactical gear. For a community that had already gone through deep trauma, police wearing tactical gear can seem very threatening. We were concerned with the potential repercussions and how quickly potential violence could escalate, so we worked with directly with Baltimore Police Department’s Community Collaboration Division to avoid crisis in a very community-oriented way. Within 48 hours, our team put together a 3-day community event to honor Lor Scoota. Instead of trying to control violence with force, we planned a community celebration. This allowed us to provide an outlet that included the community’s leaders and understood their cultural response. Here, it was important to note that we supported the community’s right to mourn their loved one in whatever way they chose. Thus, we successfully leveraged our experience from the past to avoid a very real possibility of repeating the 2015 riots. The 3-day event was executed without any violent incidents.

Religion can’t be a barrier.

Religious differences have kept nations and multitudes of generations severely divided for thousands of years. Faith leaders play a very important role in helping communities unify and work together to address such matters. For many, faith leaders are trusted moral authorities and serve as a moral compass in their communities. They become champion agents of change, credible messengers of peace, promoting values and principles shared by  many religions and traditions of faith. Acknowledging shared values and principles of faith—like universal love, goodwill and service, equality and justice, inclusion, and forgiveness—helps establish commonality and,  builds trust and opportunity to cultivate relationships. The ability to exercise one’s faith freely coupled with the openness to embrace other faiths demonstrate our value in religious diversity and religious freedom for all. It is essential to sustain peace and collaboration within our communities; faith is the most important driver of peace.

Our governments and institutions benefit from faith-based partnerships. Increasing ways to work with local faith leaders provide opportunities to develop common interests, strategies and approaches to address community challenges. My office has recently begun a Faith and Community-Based Youth Violence Prevention Training and Technical Assistance Initiative to incorporate faith leaders as important sources of intervention against violence. With this kind of program, we involve all four levels by bringing together grassroots groups with the local, state, and federal governments. However, in doing so, we must prioritize. We can’t focus on everyone wanting to be right. We need to identify the problems that affect everyone. Facilitating this kind of collaboration may be difficult at first. In the past, people have run away when they felt offended, but it’s important to not give up on the process. When bringing together very diverse groups, accidental offenses happen and the view has to be that the project is a process and that eventually, they won’t feel offended. If we apply the correct lens, we will begin to see faith-based partnerships as a viable means to enhance community collaboration, come together collectively and fully manifest outcomes of restoration and healing for ourselves, our families and our communities.

By using culturally relevant trauma-informed strategies of love and compassion, we can support our communities in becoming stronger and more resilient. As we’ve seen Baltimore’s journey in the past three years following the Freddie Gray riots, we can attest that our communities do have hope and conflict and division are avoidable. But this work requires reframing and shifting how we think about problems. Change is a process—not just as measured by program outcomes, but also in shifting culture and the way we think. It IS hard work but, our communities deserve it. We can build resilient community for sustainable community collaboration!