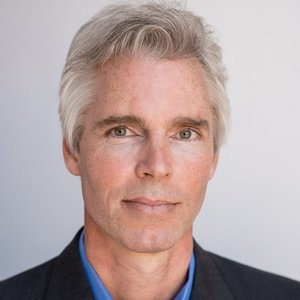 A Tribute to Ted Halstead

Ted Halstead, New America’s founder, served as the institution’s first President and CEO from its inception in 1999 until 2007. He is a social entrepreneur and author, as well as a frequent public speaker and media commentator.

Halstead was the founder, President and CEO of the Climate Leadership Council, an international research and advocacy organization whose mission is to mobilize global opinion leaders around the most effective, popular and equitable climate solutions.

Previously, he helped organize the 1997 Economists’ Statement on Climate Change, which remains the largest public statement in the profession’s history, and includes 18 Nobel laureates as signatories.

At the age of 25, Halstead founded Redefining Progress, another public policy institute to promote new approaches to economic and environmental policy. Between 2008 and 2012, he and his wife Véronique Bardach circumnavigated the globe on a catamaran, with only their dog as crew.

Halstead has published frequent articles in the New York Times, the Washington Post, the Financial Times, the Atlantic, Los Angeles Times, and the Harvard Business Review. He is co-author with Michael Lind of The Radical Center: The Future of American Politics (Doubleday, 2001), and editor of The Real State of the Union (Basic Books, 2004).

Halstead graduated Phi Beta Kappa from Dartmouth College, and received his Master’s degree from Harvard’s Kennedy School of Government, where he was a Montgomery Fellow. He was selected as a Young Global Leader by the World Economic Forum in Switzerland.