How Millennial Policy Preferences are Ensnared by our Two Party System 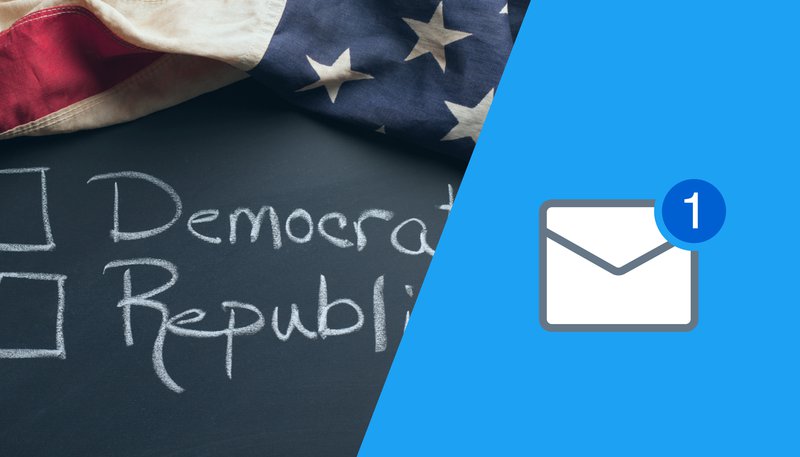 This blog is part of Caffeinated Commentary - a monthly series where the Millennial Fellows create interesting and engaging content around a theme. This month, each fellow has been charged by fellowship director Reid Cramer to explain why anyone, but especially millennials, should care about the specific policy interests they’re passionate about.

Recently, former Vice President Joe Biden expressed frustration with his perception that millennials do not engage with politics as much as they should, stating:

“The younger generation now tells me how tough things are. Give me a break. No, no, I have no empathy for it. Give me a break….So my message is, get involved. There's no place to hide….there's an old expression my philosophy professor would always use from Plato, 'The penalty people face for not being involved in politics is being governed by people worse than themselves.' It's wide open. Go out and change it.”

Vice President Biden is correct in saying that there’s nowhere to hide. The effects of politics seep into every facet of our lives, whether its our finances, our job prospects, even our desire to get married. What Biden neglects is that the very nature of participation has changed since his generation “...finished the civil rights movement.”

Perhaps the most prominent form of seeming millennial disengagement comes in our lack of affiliation with political parties. According to the Pew Research Center, millennials are more likely than any older generation not to identify with any political party, with 50% of millennials describing themselves as political independents. However, rather than showing the ways that millennials haven’t showed up to claim their seat at the table, this statistic should be used as evidence to show just how deficient both the Democrats and the Republicans are in understanding the needs of America’s largest generation.

At first blush, the reason for this is that both parties have done a terrible job making their case to millennials. Republicans, on one hand, have moved so far to the right that a number of their policy positions are out of step with many Americans, but especially millennials. Democrats, on the other, have had to deal with both a structural problem of trying to unify a much more diverse base and a substantive problem of being too tied to corporate interests. Nonetheless, the problems that both parties face with millennials go beyond their current stances on issues. Rather, they reflect a different, broader point: the function of parties has shifted over time. Parties don’t have a “millennial problem.” America has a party problem, and over time the collateral damage of these shifts will be borne principally by millennials and subsequent generations.

The Pew statistic cited above could be explained away by the fact that partisan affiliation does not necessarily predict voting behavior and that most millennials are still much more likely to have liberal views and vote for Democrats. But that’s the rub. Parties used to have much more responsibility to the American public than simply raising money and fighting elections and party affiliation used to mean more beyond signaling likely vote choice.

Both political parties, and American politics more generally, are often focused on elections, whether preparing for them, funding them, or predicting their outcomes. This seemingly singular focus is itself a product of partisan shifts over time. As Kenneth Baer argues in his book Reinventing Democrats, the 1990s shift towards the center served as a catalyst for U.S. politics to focus more on social issues because there was just less substantive difference between the parties on economic issues. This has meant that while parties used to focus much more on cultivating party loyalty and developing group identity around the parties in a multiple of ways that did not cleanly match up with demographic descriptors, they now focus much more on competitive races while using forms of social identity such as race, class, and religion as stand-ins for partisan identity. The marshalling of big ideas is no longer the venue by which parties gain their power. Power is instead exerted through intense fundraising and advocacy efforts.

This has hollowed out the kind of policy advocacy that parties needed to do to create “big-tent” parties that could reach voters with cross-cutting identities. In the place of more inclusive outreach came the type of zero-sum politics that lead to the kind of identity politics where the few things that resonate with a number of voters are as much social issues as they are policy issues (think abortion, immigration, same-sex marriage, etc.) Scholars like Lee Drutman, Lilliana Mason, and Didi Kuo have talked at length about the ways that we now “sort” ourselves into camps that are harder and harder to move beyond.

This partisan sorting matters especially now in the midst of unprecedented polarization because the invective that parties say about each other stands in for the types of long-term policies that parties need urgently to address. Lack of action on any number of issues will leave millennials in the lurch.

Millennial political engagement is lacking in the parties not because millennials are uninterested in politics but because most of the focus on millennial political participation are rooted in getting them to focus on working within the two-party structure. The two-party structure however has little to offer millennials outside of elections, when it should be offering ideas and debate over the issues that affect millennials now and the issues that will affect them in the future. Put another way, the best way for parties to court the attention and commitment of millennials would be to articulate and advocate their needs. In the meantime, millennials will be too busy, to cost burdened, and too disillusioned to see political parties as the way out of their financial and political constraints.

Constraints notwithstanding, millennial political participation is critical for the maintenance of American democracy. Self-advocacy on issues like Social Security and housing are necessary now because without movement on these policies, the problems that they hold for millennials will only exacerbate. Political parties could and should be a part of the equation that distills and mobilizes the views and activism of young people, but as long as they are driven only by the rush to victory and the need for millions of dollars going into their coffers, they cannot hope to have the trust and engagement of millennials. With millennials being the largest population and the plurality of the workforce, Democrats and Republicans continue this trend to their own detriment. If they refuse to foreground the future in their work, then perhaps everybody should ask the question that millennials seem to have already taken up: why do parties matter anyway?