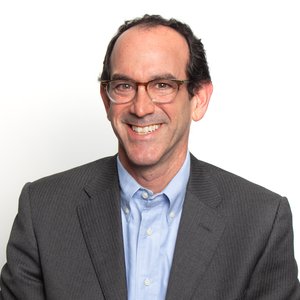 Reid Cramer is a nonresident fellow at New America. Previously, he was director of the Millennials Initiative, examining the economic security challenges facing the generation of young adults who have come of age in the wake of the Great Recession. Between 2009 and 2016, Cramer was the director of the Asset Building Program, which conducted policy research and advanced innovative reforms to enable families in the U.S. and around the world to manage finances, accumulate savings, access wealth-building financial services, and build and protect productive assets across the life course. From 2003 to 2008, he served as the Program’s research director and in 2007 as co-director of New America's Next Social Contract initiative, an effort to build a social policy system for the 21st century.

His work has provided analytical support for the development of a range of policy proposals, including the ASPIRE Act, a bipartisan proposal to create a universal savings account system beginning at birth; AutoSave, an automatic diversion of payroll into flexible savings accounts; Saver’s Bonus/Financial Security Credit, to provide a targeted incentive to contribute to savings products at tax time; innovations in HUD’s Family Self-Sufficiency Program; and the Secure Choice Universal 401K plan, a proposal currently being implemented at the state level in California and Illinois to create a public option retirement savings plan. He has published articles in a range of media outlets, including Time magazine, Mother Jones, the Washington Monthly, Vox.com, the American Prospect, HuffPost, The Hill, Pacific Standard, and the Washington Post. His recent work includes The Emerging Millennial Wealth Gap(2019), The Assets Perspective: The Rise of Asset Building and its Impact on Social Policy (Palgrave MacMillan, 2014) and Millennials Rising: Next Generation Policies in the Wake of the Great Recession (New America, 2014).

Prior to joining New America, Cramer served as a policy and budget analyst at the Office of Management and Budget, where he helped coordinate policies on housing, savings, economic development, and program performance evaluation. He served on the Performance Management Task Force that developed the Program Assessment Rating Tool (PART), which was used to evaluate federal programs throughout government as part of the budget process. He has worked for a range of nonprofit housing and community development organizations, the Coalition for the Homeless, and the National Research Council. He has served as a member of the principals group for the Pew Charitable Trusts’ Economic Mobility Project and as an advisor to Housing Matters.

He has a doctorate in public policy from the LBJ School of Public Affairs at the University of Texas at Austin, as well as a Master's degree in city and regional planning from the Pratt Institute and a Bachelor of Arts degree from Wesleyan University.

Resilience and the Contract of Social Insurance

New America In The News Piece