I Couldn't Spot a Fake News Story, Can You? 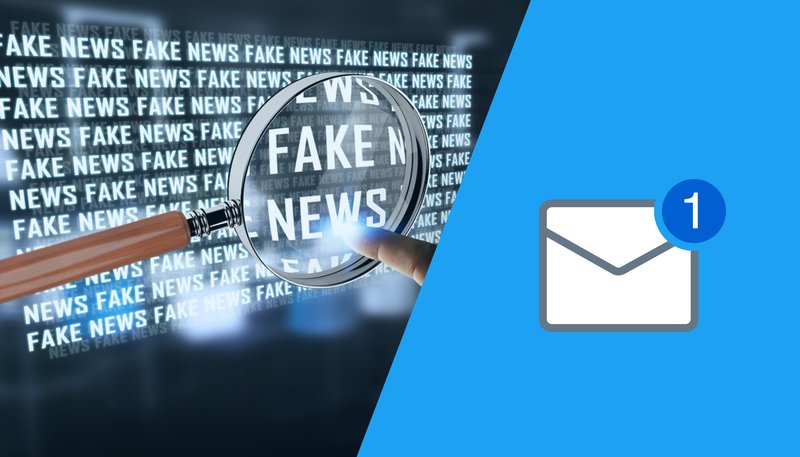 This blog is part of Caffeinated Commentary - a monthly series where the Millennial Fellows create interesting and engaging content around a theme. This month, each fellow has been charged by fellowship director Reid Cramer to explain why anyone, but especially millennials, should care about the specific policy interests they’re passionate about.

A few weeks ago, a friend of mine sent me a screenshot of a supposed book excerpt describing what has now been recognized as a satirical description of Donald Trump’s obsession with the Gorilla Channel. Even though the piece seemed a bit off, a bit exaggerated, and a bit implausible, we both believed it. Partly because there was some small part of us -- no matter how small -- that wanted to and partly because we were raised in a time when trust in media institutions was strong—and the norm.

As millennials, we have been witness to and part of a pivotal turning point in the media landscape. During the earlier stages of our lives, the news media were considered among the strongest arbiters of truth. In a heated debate, grounding your argument on information from a news article was a sure way to legitimize your case. After all, it was expected that the information from major news outlets had been thoroughly investigated, verified and approved for public consumption and comprehension. But with the rise of the internet, which enabled any user to produce their own content, we suddenly faced a transformed information landscape where the boundaries between truth and opinion were blurred, sometimes even intentionally.

At first, we still relied on print news to verify the conspiracy theories being shared on clunkily designed and Comic Sans-laden “news” blogs. However, news organizations were gradually dethroned as primary content creators; the shift was accompanied by a wave of print newspaper closures as news outlets moved to online-only. Additionally, trust in mass media fell drastically, largely due to political polarization. According to a 2016 Gallup poll, only 32% of Americans had “a great deal or fair amount of trust” in the media. As a result of these fundamental shifts, the Millennial Generation lost valuable fact-checking and reliable news sources. This may not have mattered as much when the stakes went only as high as knowing “J. Lo’s 10 Secrets for Success” or the apparent truth behind “Brangelina’s Latest Spat.” But as disinformation campaigns have grown more complex and dangerous, threatening everything from the foundations of our democracies (see the United States, EU nations and Malaysia as examples) to sparking caste and religion-based violence, it is vital that we equip ourselves to spot and defend against fake news.

As millennial users who are well-educated and media- and tech-savvy, we may not want to prioritize this issue because we don’t think it needs to be prioritized. We, like many of our counterparts, preach the third person effect. We claim that we are immune to the effects of fake news via mass media influence and believe other, less-astute and less-educated users are instead the ones liable to be tricked by fake news. As the educated elite, we know fake news is out there and we can engage in a 20-minute rant on its latest ills on society. For this we pat ourselves on the back and subsequently fall into a state of narcotizing dysfunction,  not realizing that we are just as at-risk as any internet user.

Given the scope and depth of the global disinformation crisis, solving it is not an easy feat. It will require an effective and long-term collaboration between technology companies, government institutions, and media organizations. These initiatives should focus on investing more in digital and media literacy programs embedded in all segments of society including schools, workplaces, and on media platforms themselves. However, the onus for solving this problem should not fall entirely on external, top-down operating groups. As millennials we are regular and influential producers and consumers of digital content, and should therefore share the responsibility for educating ourselves and others on how to identify and combat fake news online.

According to a recent Ipsos Public Affairs study, American adults were fooled by fake news headlines approximately 75% of the time. So the next time someone sends you a screenshot or an article that you think is a little bit suspicious, make sure it is from somewhere reputable before you share it on Snapchat, Facebook, or Twitter. Yesterday, it was falsified content about a world leaders’ obsession with the Gorilla Channel. Tomorrow, it could be something far worse. I couldn’t distinguish fake news at first glance. Can you?