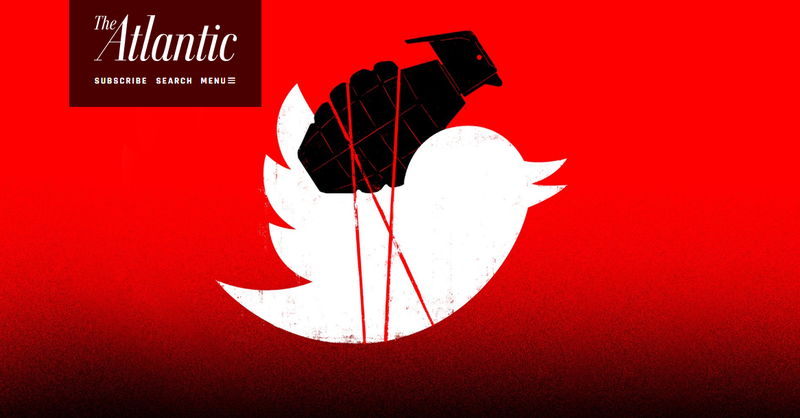 Peter Singer wrote for the Atlantic about how social media is being weaponized across the world:

Like most everything today, the campaign was launched with a hashtag. But instead of promoting a new album or a movie release, #AllEyesOnISIS announced the 2014 invasion of northern Iraq—a bloody takeover that still haunts global politics two years later.

Revealing a military operation via Twitter would seem a strange strategy, but it should not be surprising given the source. The self-styled Islamic State owes its existence to what the internet has become with the rise of social media—a vast chamber of online sharing and conversation and argumentation and indoctrination, echoing with billions of voices.

Social media has empowered ISIS recruiting, helping the group draw at least 30,000 foreign fighters, from some 100 countries, to the battlefields of Syria and Iraq. It has aided the seeding of new franchises in places ranging from Libya and Afghanistan to Nigeria and Bangladesh. It was the vehicle ISIS used to declare war on the United States: The execution of the American journalist James Foley was deliberately choreographed for viral distribution. And it is how the group has inspired acts of terror on five continents.