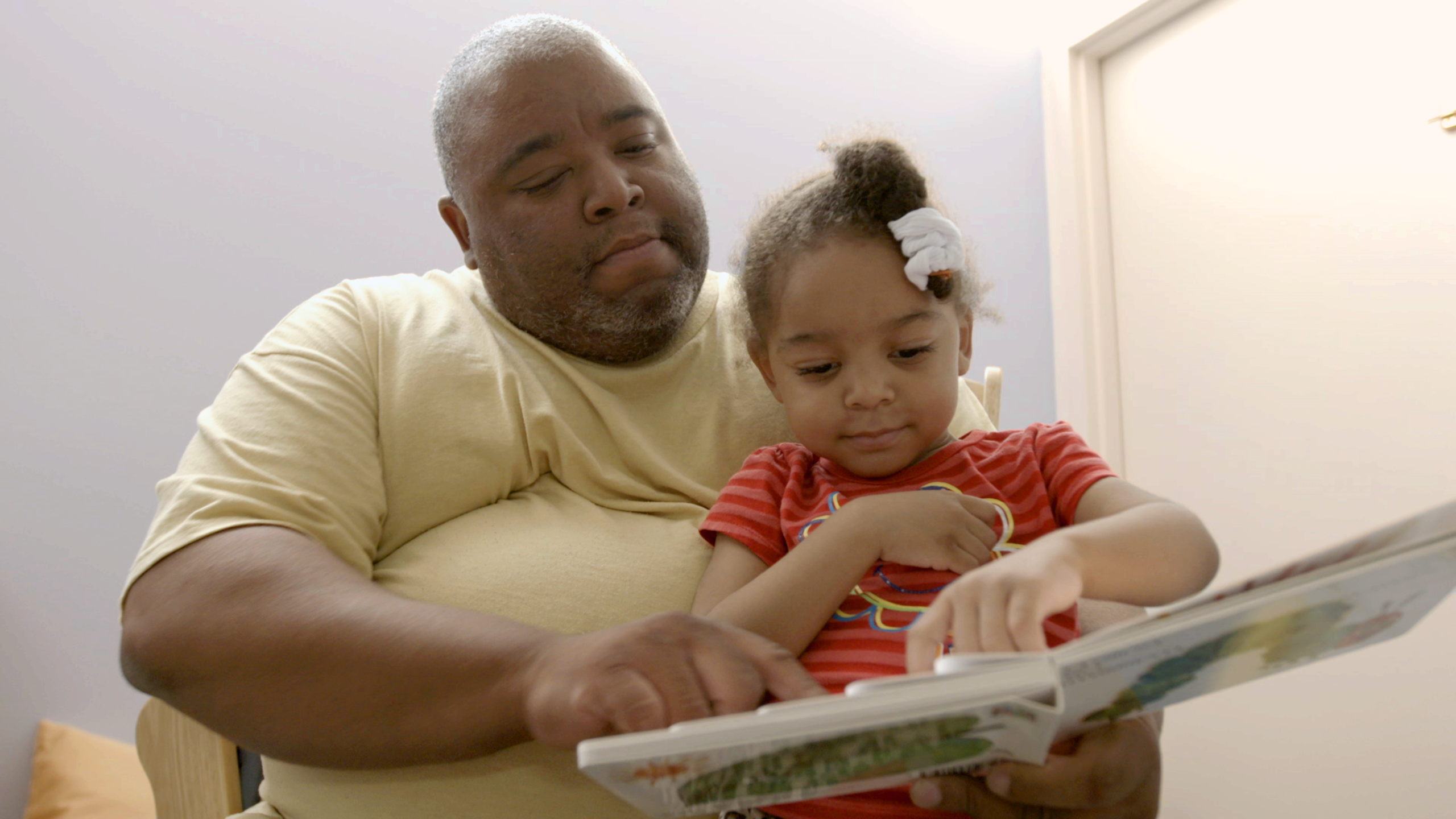 All children, families, and caregivers deserve financial security to fulfill their potential, access opportunity, and and live a good life. In order to create a society where every person can flourish, we want to start thinking about how to provide a basic floor for wellbeing. Though supporting families can have important economic benefits, this is first and foremost a matter of justice and equity. The Care Index makes it clear that something big needs to change: our patchwork early care and learning system and the constant trade-offs between cost, quality and availability, is not serving families, children, the industry, businesses, nor the economy well. Experimenting with universal forms of cash assistance, such as a universal child benefit or a universal basic income, is a promising way to support families, invest in children, and value care.

In order to create a society where every person can flourish, we want to start thinking about how to provide a basic floor for wellbeing. Though supporting families can have important economic benefits, this is first and foremost a matter of justice and equity.

The evidence is clear: Raising a child is expensive. In total, raising a child born in 2013 from birth to age 18 (that is, not including college tuition) will cost $245,340 on average for a middle-income family, according to the USDA. Expenditures include housing, food, transportation, healthcare, and many other expenses—and, of course, education and child care. Education and care are now among the largest costs for families, making up 18 percent of average child-related expenses, and often much more: The Care Index found that the average cost of child care in a center is nearly one-fifth of U.S. household median income. For lower-income families, these costs can become unbearable. The Care Index found that the cost of one child in center-based care could eat up nearly two-thirds of a minimum-wage earner’s income. And the rate of child poverty in the U.S. is high: One in five children live below the poverty line, and one in ten live in extreme poverty. For single-parent families earning minimum wage, the Care Index found that average cost of child care can eat up nearly two-thirds of their earnings. Child poverty can have long-term consequences including poor health, behavioral issues, and low earnings as adults—but the flip side is that providing assistance to low-income children and their families, which can help ensure that children receive high quality early education, can yield substantial and lasting benefits.

Though the United States has some cash transfer policies in place to help families with children, including Temporary Assistance for Needy Families (TANF), the Child Tax Credit (CTC), and Earned Income Tax Credit (EITC), these policies are nowhere near sufficient to meet families’ needs. Only 23 percent of eligible, low-income families actually receive TANF, and many are discouraged from even applying. For those families who do receive TANF, benefits are small: Payments vary by state, but, for a family of three with no other income, the median state maximum monthly payment is $427, or just over $5,000 per year. The CTC fails to reach the poorest families and nonworking families, since it is phased in gradually only once families have $3,000 in earned income and is not fully refundable. It also doesn’t help much with day-to-day budgeting, since it is distributed annually, and it is capped at $1,000 per child. The EITC is more substantial and is one of the U.S.’s more effective antipoverty programs; its maximum credit for a family with one child is $3,359. But it’s not enough—the Care Index found that cost of child care in centers eats about 18 percent of median household income nationwide. For families with a single earner making minimum wage, that’s 64 percent of their income.

A universal child benefit provides regular cash transfers to all families with children to help defray the costs of raising children for all families and lift children out of poverty. This type of benefit is already common in many European countries, with payments ranging from $1,779 per year in France to $8,750 in Luxembourg, for two children. Unlike existing U.S. programs like child care subsidies and Women, Infants, & Children (WIC) benefits, which restrict spending to specific needs, child benefits are flexible and allow parents to spend money according to personal family needs. (And research shows that parents who get cash transfers do actually spend the money to help their children.) In contrast to the child tax credit and TANF, a child benefit has no work requirements and would help families all along the income spectrum—though child poverty is a serious problem, middle-class families, too, can struggle to cover expenses. It would also provide assistance to parents doing their own unpaid caregiving in lieu of paid work.

Another idea gaining traction—with experiments planned in places ranging from the Netherlands to Kenya to Oakland—is universal basic income, or UBI. Though proposals vary, UBI usually involves equal cash payments to every person, regardless of circumstances (universal); enough to live on, if modestly, without income from other sources (basic); and paid out in regular installments (income).

Both child benefits and UBI are universal, so that children’s needs are addressed no matter what family they come from, and have no work requirements associated with them. However, whereas a child benefit is usually fairly small and specifically intended to offset the cost of raising a child, UBI has the broader goal of creating an income floor to prevent poverty, including child poverty. UBI can provide security for every member of a family—children as well as their caregivers.

Proponents of UBI make their case with three main arguments. The first is that UBI promotes justice, equity, and human rights. UBI is a way to set a minimum income, ensuring that no one is hungry or homeless. It would also eliminate the constant stress and cognitive drain of scarcity, thereby enabling people to develop their full capabilities. In other words, when people feel secure that their day-to-day needs will be provided for, they’re able to think long-term and outside of those basic needs, perhaps about pursuing education or looking for a good job. UBI would also change how we think about government assistance—instead of marginalizing people who need help, as current attitudes and policies tend to do with welfare recipients, UBI assumes that everyone can benefit from stability and support. And UBI would make caregiving, whether full- or part-time, a viable and valued choice for far more people. Experimental data on UBI is limited, but the evidence that does exist shows significant health benefits and increased educational attainment for people receiving UBI. One study of a 1970s program found that young people stayed in school longer and new mothers spent more time at home with their babies (though other groups didn’t work less).

Second is the economic case that UBI would be cheaper and more efficient to administer (not to mention easier to navigate for recipients) than the existing patchwork of social safety net programs and tax expenditures. Most discussions focus on the short-term costs and benefits of swapping existing welfare programs for UBI, but the policy could also have long-term economic benefits such as better health, reduced crime rates, and increased educational attainment.

UBI would also change how we think about government assistance—instead of marginalizing people who need help, as current attitudes and policies tend to do with welfare recipients, UBI assumes that everyone can benefit from stability and support.

Finally, UBI is a potential solution for a changing labor market and technological advances that reduce the need for human labor. While such advances will likely make the economy as a whole more productive, they may also eliminate millions of mostly blue-collar jobs. UBI is a way of “taxing the owners of the robots to support the people who are put out of work by them”—to ensure that everyone is able to get by in a changing economy.

What do the critics say? Those who criticize UBI on the grounds of social justice argue that reform efforts like universal health care, affordable child care and college tuition, raising the minimum wage, and bolstering welfare benefits for low-income people are better and more realistically attainable ways of meeting basic human needs. They also point out that some groups, such as people with disabilities, may need specially targeted assistance, not just a universal benefit. Many critics also contend that UBI is far too expensive to be feasible anytime soon, and that the existing welfare system isn’t as bad as we think. Another common fear (though largely unsupported by the evidence) is that UBI would reduce the incentive to work and slow down economic growth. And some skeptics doubt that technology will actually reduce employment, at least in the near future.

Despite the criticisms, we think UBI is an exciting proposal worth exploring and a potentially powerful way of supporting family and child wellbeing, especially as it relates to the cost of care (whether paid or unpaid). It’s also the rare policy that can bring together libertarians, leftists, labor organizers, tech entrepreneurs, and feminists. Though we need more data and research on the impact of UBI, evidence suggests that it holds tremendous promise as a policy that could support people across society, including families with children, inclusively, comprehensively, and effectively. 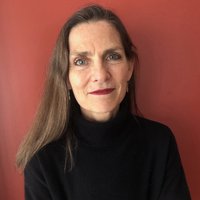