FPR travels to South America to both teach and learn about technological innovation. 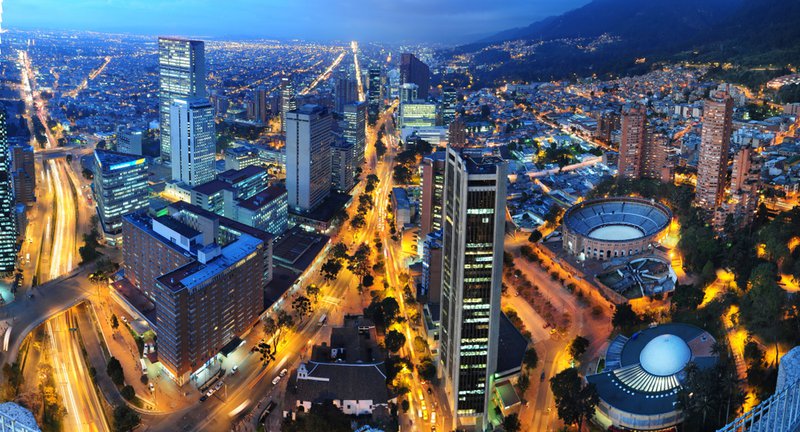 The Future of Property Rights Program recently traveled to Colombia to present our "Blockchain and Land in 2018" report and to learn about local and national land administration.

Long mired in a complex and murky civil war, Colombia and its citizens are now optimistically looking towards the future. An enthusiasm for innovation was apparent to FPR in the days we spent engaging with various business leaders, academics, and government officials. The trip brought us from Barranquilla, a growing port city on the Caribbean coast, to Bogotá, the sprawling Andean capital home to 8 million. 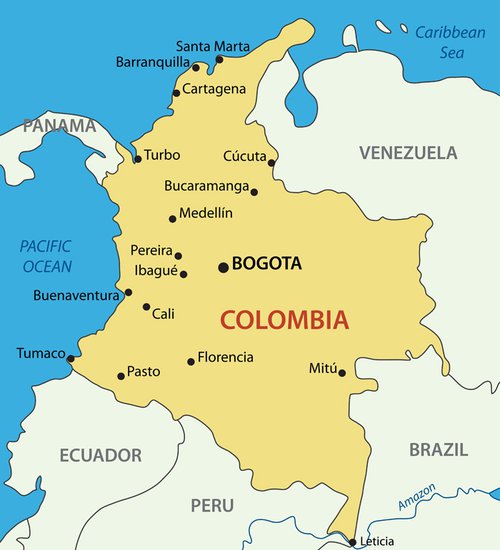 Our interest in Colombia began with outreach from Felipe Zapata, Head of Research and Development at the Barranquilla Chamber of Commerce. The Chamber of Commerce retains a significant position politically, economically, and socially within Colombia’s fourth-largest city. Its two primary duties:

Felipe and his team monitor trends that might impact the everyday functionality of the Barranquilla Chamber of Commerce. His department also analyzes long-term developments. An innovative thinker, Felipe is particularly interested in exploring the possible use of emerging technology by the Chamber of Commerce.

Having previously read our "Blockchain and Land in 2018" report, and interested in our proposed framework for blockchain-registry adoption, Felipe invited FPR to present our paper to his organization's C-Suite. He felt that it was essential for the Chamber of Commerce to understand blockchain and its prerequisites for adoption before exploring possible pilot projects.

During our day-long session with the Chamber, FPR:

The Barranquilla Chamber of Commerce wishes to remain relevant as a trustworthy institution. Felipe believes that blockchain technology may help the organization operate more efficiently, with transparency, accessibility, and reduced costs. FPR will continue in an advisory role as the Chamber of Commerce explores possible blockchain pilots.

FPR also met with Diana Mantilla, General Manager of the District Cadastre, while in Barranquilla. During our conversation, we learned that the cadastre currently faces significant challenges, but is attempting to solve these problems through both traditional and innovative approaches. 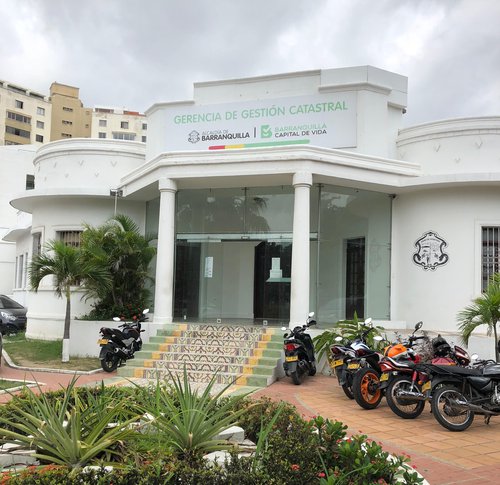 Land administration in Barranquilla previously suffered from a disconnect between the cadastre and the property registry. As a result, change of property ownership was often not recorded in the district cadastre. This discrepancy hindered tax collection, urban planning, and the provision of public services such as mail delivery. The district office in now receiving up-to-date information from the property registry and manually updating the cadastre. Diana said that about one-third of the cadastre is updated, with about 9,000 revisions occurring a year. She hopes that the updates will be automated in the future, with the goal for integration between the property registry and cadastre to be completed by 2021.

The district cadastre office is also attempting to improve parcel mapping in Barranquilla. Yet surveyor access to many low income neighborhoods can be difficult due to topography or safety concerns. The cadastre is therefore exploring the use of technology --namely satellite images and drones-- to remotely map land parcels. Diana mentioned that her office has preliminary plans to use less precise satellite data in order to more quickly inform broad decisions related to urban planning, and use drones to collect more accurate data for records in the cadastre.

FPR had two interrelated meetings during our day in Bogotá. First, we met with officials from the National Land Agency (La Agencia Nacional de Tierras or ANT in Spanish) and learned about its blockchain project related to land formalization in rural Colombia. Afterward, we spoke with Mauricio Tovar Gutiérrez of Vivelab Bogotá, a digital innovation laboratory associated with the National University of Colombia. Mauricio and his team are the developers responsible for building the ANT blockchain solution.

We strongly believe that more efficient formalization of land rights can contribute to widespread development throughout the Colombian countryside. Reform promotes economic growth, enhances livelihoods, and improves government capacity to craft better policies and provide adequate services to its citizen --especially the poor.

The ANT was created following peace between the national government and the Revolutionary Armed Forces of Colombia (also known as FARC, its Spanish acronym), the largest rebel group in Colombia. The agency primarily works in the countryside, where approximately 50% of all land is not recorded with the state registry. According to Dianne Tawse Smith, the General Director of the ANT, the agency is tasked with formalizing 3 million hectares of land in roughly a decade.

The ANT is changing its operational model in order to meet this massive challenge of formalizing property rights. Through a more proactive approach, agency officials work door-to-door to conduct personal interviews and record affidavits related to land ownership, parcel boundaries, and adverse possession. The ANT highlighted that this process adds a social component alongside the geographic, economic, and judicial factors related to land formalization.

We were particularly interested in the ANT blockchain solution to increase the transparency and efficiency of the land formalization process. Through the use of Ethereum blockchain technology, the agency is:

FPR was able to view a demo of the ANT blockchain pilot while visiting Vivelab Bogotá. Functionality includes the ability to create digital identities for both landowners and parcels. Individuals and their legal documents can consequently be connected to their property within the system.

Mauricio and his team emphasized that the tamper-resistant and transparent qualities of blockchain can help mitigate widespread corruption, fraud, and record manipulation. This potential for DLT to reduce systematic malfeasance should not be understated. According to Moises Rendon of the Center for Strategic and International Studies (CSIS), “corruption continues to erode public confidence, affecting political stability and economic development in a crucial post-conflict period for Colombia.”

We plan to maintain our dialogue with Vivelab Bogotá and look forward to analyzing the impact of its blockchain solution on Colombian land administration as the project scales.

FPR will continue our engagement with these stakeholders throughout Colombia, and plans to further explore property rights in the post-conflict period.

Please stay tuned, and if you have thoughts on where we are heading, let us know at FPR@NewAmerica.org.