Young people will be hit hard by the coming recession. Overlooking their needs would be a costly mistake. 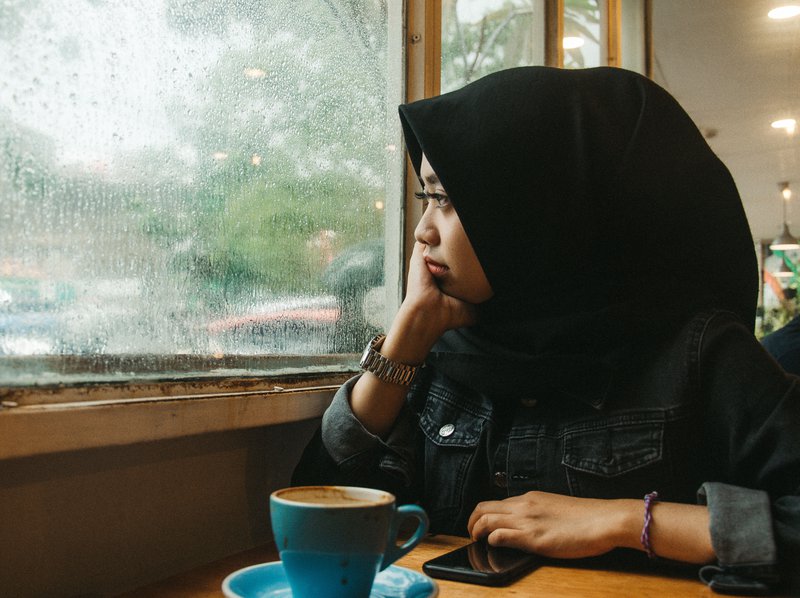 Congress has acted fast to provide relief to America’s workers in the wake of the Coronavirus pandemic, and with good reason: already, more than 17 million Americans have filed for unemployment and there’s reason to believe things could get worse before they get better. But just as economic chaos affects different segments of the population differently, so too will the $2 Trillion CARES Act provide uneven relief.

Right now, America’s young people are poised to be on the short end of both sticks.

Already, young people are beginning to disconnect en masse. The first waves of layoffs have left many young workers jobless. Colleges and universities across the U.S.are already bracing for significant declines in fall enrollments, as students complain about the quality of online courses and high school seniors rethink plans to enroll next semester. And as school districts move classes online, many teens are unable or unwilling to connect. Already, Los Angeles Unified School District has reported that 15,000 high school students have gone AWOL since schools closed there on March 16; another 40,000 are struggling to connect and are at risk for disappearing from class rolls.

Sudden as these changes have been, they are not altogether surprising. Recessions hit young people—especially young people of color—hard. With less experience and lower levels of education than older workers, workers between the ages of 16 and 24 are particularly vulnerable to mass layoffs and struggle mightily to find work when jobs are scarce. And, because they are concentrated in low-wage jobs with fewer protections and benefits, young people tend to have scant savings to fall back on when a crisis—like an illness, job loss, or job loss due to illness—strikes.

Young adults tend to recover more slowly from recessions, too. As economies rebound, they find they cannot compete for jobs they held previously, as more experienced, better educated workers are willing to fill them. Those who do manage to find work are often underemployed in less lucrative, less stable roles, which can be difficult to use as launchpads to something better. Others face the persistent and pernicious effects of prolonged unemployment. Research has demonstrated the “scarring” effects of unemployment early on in one's career, which not only increases the likelihood that a person will be unemployed in the future, but can also depress wages as much as 15% for decades after the initial shock, even for college graduates.

In work as in life, the best way to avoid getting “scarred” is to avoid getting cut in the first place. It remains to be seen how many young workers will benefit from the federal subsidies the CARES Act provides to encourage employers to keep workers on their payrolls during the pandemic. In all likelihood, some will. But for many young workers—like those who make up a full quarter of the country’s low-wage workforce in sectors like food services, hospitality, and retail that have been decimated by layoffs since mid-March—these measures offer no relief.

Though the CARES Act expands eligibility for unemployment insurance (UI) and extends benefits to self-employed gig workers, many young workers will miss out here, too. Some, especially part-timers and those newly employed, will not meet minimum eligibility thresholds; some that do will nonetheless be stymied by arcane state requirements that restrict eligibility. Minnesota, for example, specifically excludes high school students from UI eligibility, even if they would otherwise qualify. South Dakota law excludes college students, too. These restrictions create perverse incentives for young people, who could qualify for benefits if only they dropped out. While doing so might seem short-sighted, for low-income youth who are expected to contribute to everyday household expenses, it may be the decision that keeps the lights on in the months ahead.

Regardless of their income level or employment status, high school and college students will not qualify to receive the federal payments that will soon be appearing in Americans’ bank accounts. (Parents of these young adults will not receive $500 child “credits” for dependents aged 17 or over, either.) Recent graduates who were dependents last year but now work and live independently may be out of luck, too.

While some in this last category will benefit from the CARE Act’s six month suspension of federal student loan payments, private loans and Perkins loans—loan types that make up more than $100 billion of total student loan debt—are excluded from the Act’s relief measures. And for current or soon-to-be college students, the CARE Act does little to assuage concerns about the risks of future borrowing or to provide direct relief to convince students to stay the course.

If millions of young people lose their links to work and to school in the months ahead, the costs will be enormous—not only to them as individuals, but to the U.S. economy, too. Even before the chaos of Covid-19 began, 1 in 9 Americans between the ages of 16 and 24—more than 4.5 million young people—were disconnected from education and employment, costing an estimated $55 billion in foregone federal tax revenue annually. Factoring in lost state tax revenues and the costs of providing public benefits to many of these young people and their children, the total cost is not just enormous, but long-lasting and multi-generational.

Ignoring young people in our recovery efforts would be a tragic, indelible mistake – and one we’ve made before. Coming out of the Global Financial Crisis, the US Federal Government provided stimulus funding through the $831 billion American Recovery and Reinvestment Act (ARRA). ARRA provided $100 billion to the US Department of Education (about half of which went to stabilize battered state education budgets) and just under $5 billion to the US Department of Labor, but only a very small portion of those funds went toward programs to deliberately reconnect young adults to education and employment opportunities. In the end, it was too little, too late.

By Fall 2009, youth unemployment hit an astounding 19.2%, roughly double national levels. The following year, as parts of the U.S. economy began showing early signs of recovery, workers aged 16-24 accounted for more than 26% of all unemployed workers, despite making up just 13.5% of the total labor force.

For this group of young workers, the Global Financial Crisis was not just financially debilitating, but professionally long lasting. Scarred by lengthy unemployment and years of depressed wages (and burdened by unprecedented student loan debt), Millennials continue to report high levels of underemployment and struggle to build wealth and accumulate assets. Because Millennials are the most racially diverse generation in U.S. history, these trends have exacerbated existing economic inequalities, undermining decades of efforts to shrink the racial wealth gap. Compared to previous generations, Millennials wield less buying power, form families later, delay homeownership longer and save anxiously and at higher rates—all trends that could have significant negative effects on even a healthy economy.

To avoid consigning a second consecutive generation to this fate, recovery efforts must acknowledge and address the unique challenges that lie ahead for young people. Young Americans will need help staying connected to their schools, colleges, jobs, and communities. It will be more important than ever for youth to have access to education, training, and job opportunities. They will need not only financial support but also clear guidance, mentoring, and navigable pathways to degrees, credentials, and reliable, well-paying work. Opportunities for young people to earn wages while simultaneously acquiring skills and credentials that will make them more competitive as the job market improves will be especially valuable in their recovery. Funding to support these types of programs--and the partnerships and systems that make them successful--will be crucial to providing flexible, accessible opportunities to get young people back on their feet, back into classrooms, and into stable, sustainable careers.

We can’t change the fact that young people will be hit hard by this recession. But we can ensure they are not overlooked in our plans for recovery.