Interview: How the WIDA Consortium Is Preparing Its 35 States Under ESSA 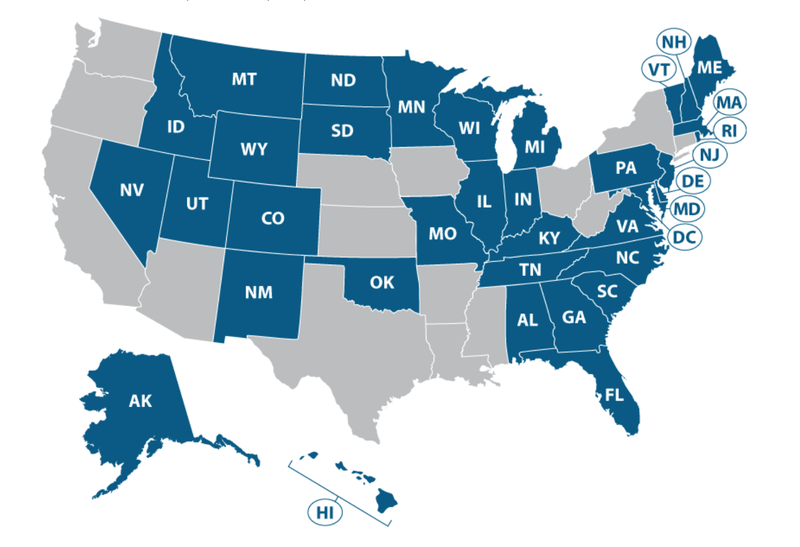 Last month, I wrote about how the new federal education law, the Every Student Succeeds Act (ESSA), requires states to include ELLs’ English language proficiency (ELP) progress as a core component of their Title I accountability plans.

But when it comes to ELP accountability, most states do not operate in complete isolation. Instead, the vast majority are members of national consortia, 35 states and Washington D.C. with WIDA and another 10 with ELPA 21. Notably, New York, California, Texas, and Arizona remain independent.

With nearly three-quarters of all U.S. states working with WIDA, the University of Wisconsin-based consortium has particularly significant sway in guiding and supporting state decision-making for ELLs in the months ahead. To learn more about WIDA’s role under ESSA, I recently interviewed WIDA’s Executive Director, Dr. Tim Boals, Research Director, Dr. H. Gary Cook, and Senior Director of Strategic Planning and Development, Jesse Markow.

How do you see the new law, ESSA, impacting your work? Are there any new challenges or opportunities you see for WIDA?

BOALS: The law puts a lot back into the hands of states, and I believe that English language learner education has historically been an area that is underresourced within states and local schools. So, the role that WIDA plays is to provide a type of umbrella of supports to the states in the area of policy and practice. And I think this is going to be even more important with the new law.

MARKOW: The impact is not just at the states, but it’s going to fall heavily on the schools and the districts. I think the [districts] are going to feel the impact of this as well.

BOALS: In the No Child Left Behind (NCLB) era, we have supported states in the development of their statewide assessment and accountability systems related to ELLs. And we’ve published a lot of research and done a lot of policy work in the area. But because now ESSA really has done away with state accountability to [the federal government] per se, there is going to be a great degree of support that we’ll need to provide in a much finer level than we’ve had to before. And our role right now — given that the Department is still in the process of developing guidance and rules — is to try to frame for the Department basic rules and guidance criteria that can be established to meaningfully implement the law.

There is going to be a great degree of support that we’ll need to provide in a much finer level than we’ve had to before.

MARKOW: And what we do is we help facilitate conversations between our SEAs [state education agencies] and the federal government. So, it isn’t just WIDA making a decision and saying, “This is what we think should happen.”

What do you think the new law means for state accountability systems for ELLs?

COOK: In the new era, we think we know what the law means, but ultimately the Department is going to have to make its final determination. And I don’t think states are willing to move in one direction or another until the Department makes its clear what its means. For example, what does “progress in language proficiency” mean? Is progress going to be growth, AMAO 1? Or is it attainment, AMAO 2? Or is it both? And until the Department decides to make a decision on that, it’s really difficult to know how the law will impact states.

We think that progress means both [formerly AMAO 1 and AMAO 2]. But, we also think it means “both” [growth and attainment] and time. And we have several states that are using that model. That is, how fast are you growing relative to some target within some time frame? For example, if a student starts at level 1 and let’s say we want to have them proficient in 5 years, and we know what their proficiency level is at a particular grade, then I can tell you how fast a student should be progressing to reach that proficiency level in a certain time frame. That’s called “the growth to target” model.

(Note: for my analysis of ESSA’s ambiguous definitions of how states should set ELL accountability expectations, click here.)

Within the WIDA consortium, is there standardized advice that you’re giving states as they create their accountability systems?

COOK: We are a consortium of many states, so we really don’t make mandates. But we do have all of the states’ data. So, we try to identify aggregate principles and patterns from the data and communicate those to the member states. And ultimately what we do, and have done in the past, is we have worked with the states and actually helped them set their own accountability systems based on their kids in their states. A lot of the things that we do are common because we are using the same language proficiency assessments and there are a lot of common elements. But, all states are unique; different states have their own populations of ELLs and their own relationship between language proficiency and their content assessments.

BOALS: The response is customized. There are unique qualities in the data for each state, and there are also unique considerations for each state. We provide our expertise and our research to help the state understand what it could mean for them. It’s not for us to determine state policy. But we are about providing them the best resources and information to help them make the best informed decision.

Under ESSA, there is increased flexibility for counting recently arrived ELLs in accountability systems. But research shows that — regardless of how short or long a student has been in the country — we can’t make valid inferences about ELLs’ academic achievement before a certain ELP level. So, is it appropriate to still include ELLs in academic accountability systems before that point?

COOK: There are a couple ideas I’d like to share on that. And the idea is not mine; it’s from Dr. David Francis. The issue is, you’re right, before a certain point for accountability purposes in English language arts, a score may not be useful. But it might be useful instructionally or to support instruction.

BOALS: Or to establish a baseline.

COOK: So, I think about newcomer SLIFE [Student with Limited or Interrupted Formal Education] students who start at Level 1 in a state that excludes them for the first year. In the second year, it’s unrealistic to think that they are going to be proficient in language arts. That’s a no brainer. But if a student is at level 1 and has been that way for three of four years…

COOK: Yes. ELP and academic, content performance are inextricably connected. But do we want to sustain bad language development instruction to allow for an accountability system that would exclude these students that should be at a higher level? So, it’s a challenging balance to identify the point where ELP and content proficiency are useful for instructional purposes and accountability purposes.

BOALS: The counter argument to what Gary was saying is that putting an ELL in an assessment that wasn’t really designed for ELLs, will make that student suffer through the administration of that assessment. And I understand the argument that, yes, it’s nice to get a baseline; there could be some instructional value. But I would also argue that there could also be misinterpretation of those scores if people don’t really understand what the language acquisition needs of the students are.

It’s been this difficult dance of finding the right balance between accountability and appropriateness.

I think, from my point of view, I understand why we went to the system of putting ELLs [into accountability systems] from the start. Before NCLB, kids were out of the accountability system for far too long, and a lot of kids were languishing. So, it’s been this difficult dance of finding the right balance between accountability and appropriateness. In this ideal world, you would test ELLs in their own native languages to get content information and then you would have an ELP to get a target of English growth and all would be right with the world, right? But that’s a difficult thing to do.

Why is it a difficult thing do?

COOK: And let me add even more complication. So, how equivalent is proficiency in Spanish language arts versus English language arts? And how do we determine the comparability between both?

BOALS: At WIDA, we sometimes advise on issues of compliance, but we are really focused on the outcomes for the students. It’s about creating a system of standards, assessment, research and professional learning that focuses on ELLs and former ELLs having the same outcomes as students who were never ELLs within the educational system. They stay in school. They graduate. And when they graduate, they are college and career ready. If we set our sights just at compliance, to make sure that the tests work, then I think we are missing the target. And we are not focusing our efforts in the right direction.