Why the Department Shouldn't Weaken the Gainful Employment Metrics 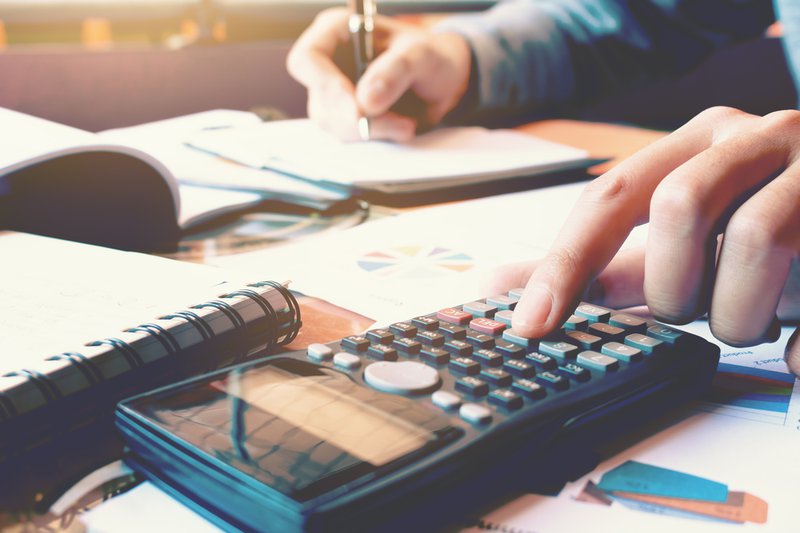 Since the release of the 2015 federal higher education accountability rule known as gainful employment (GE), the regulation has been battered with lawsuits, modifications, delays and a proposed repeal. That heavy-handed response from industry came as no surprise, given that the rule has put many for-profit colleges under scrutiny. Most recently, the Department of Education has begun the process of re-regulating the provision, and the House proposal to reauthorize the Higher Education Act would both repeal the current rule and remove the “gainful employment” language from the statute altogether.

But GE is one of the only tools holding programs accountable for students’ outcomes. It’s also one of the only sources available for program-level earnings data of recent completers, and the first to apply the idea of manageable student debt as an accountability metric.

As the new negotiated rulemaking for GE has begun, it’s worthwhile to reexamine the gainful employment requirements and how they can protect students and taxpayers.

The goal of GE lies in its name: making sure all career-oriented programs (non-degree programs in public and private non-profit institutions and all educational programs in for-profit institutions, as laid out by Congress decades ago) lead to “gainful employment” for their graduates. Whether or not the employment outcomes of programs pass the test is determined by the debt-to-earnings (DTE) ratios of their former students. Assessing post-graduation income in relation to student debts, the DTE ratios show how manageable the debt of graduates from each program is given their incomes. Programs have to keep their DTE ratios within a certain benchmark to maintain their eligibility for federal funding; programs that fail the benchmark (those putting students into excessive educational debt relative to their post-graduation earnings) are penalized.

The regulation evaluates programs using two benchmarks: annual and discretionary DTE ratios. The annual DTE ratio shows how much of the mean or median annual income of programs completers is spent on their annual loan payments. The discretionary rate shows similar estimates using discretionary income, namely the remaining income after excluding tax payments and expenditure on necessary items such as food, rent and clothing, which is estimated by measuring  income in excess of 150 percent of the poverty guideline for an individual*. The DTE ratios of programs have to be within either 8 percent (for the annual rate) or 20 percent (for the discretionary rate) to pass and maintain their access to federal funding. If the annual rate is between 8 percent and 12 percent, or the discretionary rate between 20 percent and 30 percent, programs are designated as “ZONE”; DTE rates beyond 12 and 30 percent, programs fail the GE requirements outright. Programs lose their eligibility for federal funding if they fail the requirement in two out of three consecutive years or have a combination of zone and failing results in four consecutive years.

The Research on Affordable Debts

The rationale for setting these specific benchmarks came primarily from two different works. The annual rate of 8 percent is adapted from mortgage underwriting standards. It’s technically suggested that monthly mortgage payment should not exceed 28-30 percent of monthly gross income and total debt repayment not exceed 36-43 percent, which means borrowers would have 8-13 percent left for their non-mortgage debts, including student loans.

The discretionary rate of 20 percent comes from a comprehensive analysis of manageable student debt conducted by Sandy Baum and Saul Schwartz (2006). Their work reviews previous approaches to manageable student debt, which analyzed expenditure data and surveyed students on conceptions of debt burden. One important premise for their work is the life-cycle model, which suggests that individuals plan their consumption based not only on their current income but also expected income. The model is directly applicable to the study of student loans, in which students take out loans in expectation of higher earnings in the future.

Baum and Schwartz concluded that there is no one-size-fits-all threshold when it comes to manageable debt: The manageable ratio should rise with students’ income. Borrowers with higher expected incomes can afford higher monthly payments relative to their income, since the share of their income to cover basic necessities  is smaller. These students therefore can take out larger total debts without struggling to make monthly payments after leaving school. Those with lower expected incomes, though, should avoid taking out large amount of debts. Regardless of their expected income, students should never contribute more than 18-20 percent of their gross income toward student loan repayment. The economists agreed that a ratio higher than 20 percent would be unreasonable under any circumstances.

As noted from the table, if the annual payment is within 20 percent of discretionary income, the annual DTE ratios for all income levels would be less than 20 percent, which satisfies Baum and Schwartz’s suggestion of affordable debt. Students with annual incomes of less than $30,000 can afford debts of less than $18,895, while those with income higher than $30,000 can afford to borrow much more while still staying within a reasonable DTE ratio. Students who earn less than 150% of the federal poverty line are not expected to make any loan repayment at all; in other words, any payment amount would be considered unaffordable.

What It Means for Gainful Employment

Neither of the DTE benchmarks is perfect, but if working together, they properly gauge whether or not programs are actually leading to gainful employment for their graduates, hence providing an effective accountability measure. In fact, the current rule, which only requires programs to pass one of the benchmarks (not both), makes the measure lenient compared to Baum and Schwartz’s standards.

The median earnings** of 8,637 GE programs in the first year release is $22,710. According to Baum and Schwartz, the affordable annual DTE rate for a borrower with the same income level is around 4 percent. Instead, the median annual debt-to-earnings ratio of all programs in the report is 5.15 percent, which passes the 8-percent annual DTE standard, but fails Baum and Schwartz’s standard of affordable DTE for income level below $30,000.

As table 2 shows, the problem plagues gainful employment programs more broadly. The table below, which shows the median annual rate and discretionary DTE rates across different income levels in the first year GE release, finds that more than half of programs have median earnings of less than $25,000. The median DTE rates of these program range from 4.41 to 5.99 percent, while the discretionary rates are incredibly high, reaching as much as 100 percent for programs within the $15,000—$20,000 income group. In fact, if programs were required to pass both annual and discretionary rates, only about 4,000 of over 8,000 programs would pass. This means that many programs that pass GE are still requiring their students to pay more than what the research would suggest is affordable.

The gainful employment rule made huge and important strides toward enhancing transparency and accountability in higher education. Even before the first year data were released, many programs had taken actions to improve their outcomes, such as introducing program trial periods and lowering costs of programs; some underperforming programs were even closed.

That said, GE can only work if it's implemented well. The current GE rule has already provided a substantial amount of leeway for programs—and an appalling number of programs have still proven unable to meet those relatively low bars. For the rule to successfully protect students and taxpayers, no more compromise should be made. The benchmarks used to evaluate programs can be strengthened. Requiring programs to pass both annual and discretionary rates instead of just one of those makes a more rigorous measure of programs’ ability to provide gainful employments for their graduates. Earnings of programs’ graduates must be reported (not earnings from the Bureau of Labor Statistics; no, definitely not!). Research on the first year and long-term effects of GE on quality of programs and outcome of students should also be done. As the Department takes up the negotiated rulemaking for GE, the discussion should be focused on not just maintaining, but actually strengthening protections for GE.

** Earnings represented for each program is the higher of the median or mean earnings of the program.