What You Should Know about the Latest Senate Perkins Reauthorization Bill

With only a few shortcomings, the Senate's bipartisan Perkins CTE bill could provide better data on outcomes while improving coordination between workforce investments. 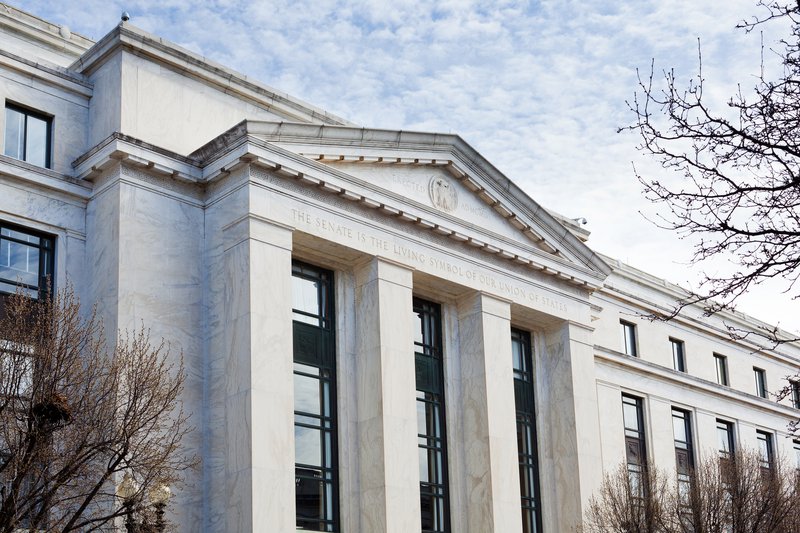 In a rare showing of bipartisanship, this week the Senate Health, Education, Labor and Pension (HELP) Committee voted unanimously to advance a bill that would reauthorize the Carl D. Perkins Career and Technical Education Act of 2006. The Perkins Act, which has been up for reauthorization since 2012, governs career and technical education (CTE) at the secondary and postsecondary levels and provides approximately $1.2 billion annually for these critical programs. The Senate bill, known as the Strengthening Career and Technical Education for the 21st Century Act, is very similar to the bipartisan House Perkins reauthorization bill of the same name that passed unanimously by voice vote in June 2017, with a few notable modifications. Here’s a recap of how the Senate bill aims to improve CTE.

More Funding and Flexibility for Evidence-based Programs, Innovation, and Research

There are several ways this bill supports the development and delivery of evidence-based CTE models. For one, the bill calls for an Innovation and Modernization Fund at the federal level to support the development and scaling of evidence-based interventions that improve program quality and student outcomes. Funded interventions must comply with a rigorous evaluation, which would assist the education and workforce community in better understanding which CTE models work and for whom. The Secretary of Education can allocate up to 20 percent of the national activities budget to the Fund – or about $1.5 million a year. Additionally, the bill would permit states to increase their discretionary reserve fund to 15 percent of federal funds allocated for local programs, up from 10 percent under current law. In addition to having more money to support rural areas and areas with a high percentage or number of CTE students, states would be able to use their discretionary reserve funds to address performance gaps between subpopulations of CTE students – such as individuals out of the workforce – and other students participating in CTE. This is a significant boost in helping states improve equity. Furthermore, states could elect to devote twice the percentage of funds permitted under current law to support correctional CTE programs, which have proven to significantly reduce recidivism and improve the employment outcomes of justice-involved adults.

Greater Alignment with Other Federal Programs

For decades, federal workforce development and education programs have operated in silos, despite their often overlapping missions of equipping Americans with in-demand skills and credentials. Over the last few years, there has been a concerted effort to facilitate greater alignment among programs administered through the U.S. Departments of Education and Labor, and the Senate bill is a clear move in that direction. Similar to last year’s House bill, the Senate bill adopts many of the core definitions and performance accountability measures from other pieces of federal education and workforce development legislation, specifically the Workforce Innovation and Opportunity Act (WIOA) and the Every Student Succeeds Act (ESSA). Also, a Perkins state plan would apply to a four-year period, as opposed to a six-year period, which could help facilitate coordination with state WIOA planning and priorities. While it might not sound like much, establishing common definitions, indicators, and planning cycles will make strategic coordination and the alignment of education and training investments easier.

Establishing performance indicators for CTE students presents a number of challenges. For one, not all CTE students are alike. Generally, postsecondary CTE students have greater clarity about their desired career path. And, while some high school students enroll in a sequence of CTE courses with a clear career goal in mind, others take a smattering of CTE classes as a form of career exploration. The Senate bill, much like current law and last year’s House bill, establishes separate performance indicators for high school and postsecondary CTE students, but limits the measures to “concentrators” – which the bill codifies as students who take a minimum threshold of courses in high school or complete a certain number of higher education credits. This means that states and locals are only held accountable for students who participate in CTE at a higher level of intensity, an approach that significantly limits our ability to assess education and labor market trends for the vast majority of students in Perkins-funded programs.

While the bill's accountability measures could be more robust, by including earnings for instance, the Senate bill does make inroads on improving the quality of data on CTE programs and students. The bill would require states to disaggregate data for each performance indicator by CTE program type or program of study and additional subpopulations of students, such as homeless individuals, youth who are in (or have aged out of) the foster care system, and individuals who are out of the workforce.

Tradeoffs on the Secretary’s Authority

Disagreements in the Senate about the Secretary of Education's role in influencing state performance goals proved to be a stumbling block to reauthorizing Perkins in recent years. This Senate bill signals a compromise. While the Secretary does not have the authority to negotiate performance targets with a state, he or she does have the authority to disapprove a State plan if it fails to meet the requirements of the Act, such as make meaningful progress toward improving the performance of all CTE students. Furthermore, the bill not only retains the Secretary’s authority to revoke federal funding from a state for performance failure, it also allows the Secretary to apply sanctions after only two years of poor performance. That said, Secretaries have never shown much willingness to revoke any state’s funding no matter how poor the performance, so it is not clear that this revised authority will actually amount to much. To be continued.

For the most part, the Senate Perkins bill signals progress toward facilitating greater alignment between Perkins-funded CTE programs and other relevant education and training investments, increases support for CTE innovation, and aims to improve data on who participates and succeeds in CTE programs. In the coming days or weeks, the full Senate is expected to pass some version of the Perkins bill advanced this week by the HELP Committee, and the House is expected to follow suit.  At a time when it’s hard to find common ground, it’s nice to see Congress come together to improve programs for CTE students.