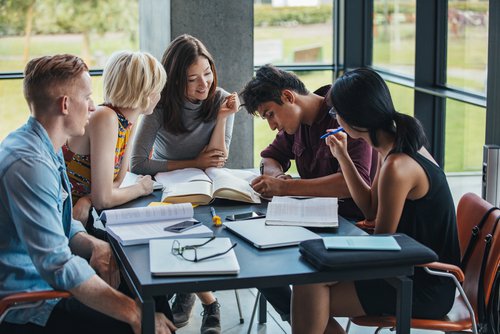 Earlier this year, open education advocates celebrated the passage of the federal spending bill, which included new dollars to fund an Open Textbooks Pilot program. As New America wrote at the time, the pilot is intended to support projects that create or expand the use of openly licensed college texts in order to both reduce student costs and improve learning outcomes.

In the intervening months, Senator Richard Durbin (D-IL), along with several other members of Congress, have pushed to ensure that the U.S. Department of Education implements the program according to the vision for it that he and others had already laid out in the Affordable College Textbook Act of 2017. In early May, the Department issued a response to Congress, noting that the pilot would adhere to the report language of the spending bill, but provided no assurances that it would look to the Affordable College Textbook Act for further guidance. At the time, the Department also wrote that it had begun developing a Notice Inviting Public Comment and that, after publishing the notice and reviewing public input, it would launch the competition early this summer.

Months later, the Department has not provided any additional updates or details about the competition—and at this point, it’s unclear whether the Department will follow through on its commitment to Congress to solicit public input before launching the new program. Last week it began to solicit peer reviewers to evaluate applications for the competition, with resumés due August 6th. The call for peer reviewers doesn’t offer much in the way of details, but there are a few hints of what’s to come. Here’s what to look for, as well as some recommendations for the Department, as it moves forward with implementing the open textbook pilot this summer.

First, the call for reviewers specifically seeks those with expertise in adult learning, work-based learning, and career and technical education (CTE). While career and workforce training has been a priority for this administration, developing widely usable open textbooks and other educational resources for degree-granting programs in this space will be a challenge. To serve students well, these programs need to align with skills and workforce needs of employers. But a lack of shared learning or skills standards across employers and industries themselves poses a real obstacle to developing educational resources that can easily be shared and valued by local employers, across programs and institutions.

At the same time, there are important efforts underway to bring more standardization to career and workforce training programs. A substantial number of openly-licensed career and workforce training resources have already been developed with public funds through other competitive grant programs. In particular, the Departments of Education and Labor awarded $2 billion in competitive grants to institutions of higher education through the Trade Adjustment Assistance Community College and Career Training (TAACCCT) grant program. Grantees made all educational resources created with those funds openly available to the public through the website Skills Commons. The Department also recently funded the Urban Institute to create standardized skills frameworks for apprenticeship programs across a number of occupations. If the Department does ultimately use the open textbooks pilot to develop additional career and workforce training resources, applicants should be required to demonstrate that they are not duplicating previous efforts, but rather building upon this existing work.

Also notably absent from the call for peer reviewers are experts with a background in content accessibility. Though the Department has not committed to use the Affordable College Textbook Act for guidance on implementing the pilot, one important area that the bill highlights is making resources accessible for students with disabilities. Compliance with the Americans with Disabilities Act should be a key tenant of any future projects, but perhaps especially for one so focused on creating educational resources to benefit all students. As the pilot project is launched and the Department calls for proposals, it should reach out to experts in this area to ensure resources will be usable for all learners.

Finally, we’ll still have to wait and see how many grants will be awarded with the $5 million for the pilot program. The number of awards will certainly dictate the size of each, which in turn will impact how ambitious proposals can be. A large number of very small grant awards could be a recipe for developing low-quality resources, resulting in poor learning outcomes and little in the way of cost savings for students. Alternatively, using the pilot program to award one or two large grants could be a risky bet—especially since the Department has not yet solicited broad public input to ensure it's investing in the best areas. We can hope the Department will strike the right balance.

New America will continue to track the pilot as the Department releases its call for proposals, institutions begin submitting applications, and those projects are evaluated by peer reviewers. It is already clear, however, that the Department’s roll-out of the Open Textbooks Pilot would benefit from a more open and transparent process.