What is Heightened Immigration Enforcement Doing to U.S. Schools? 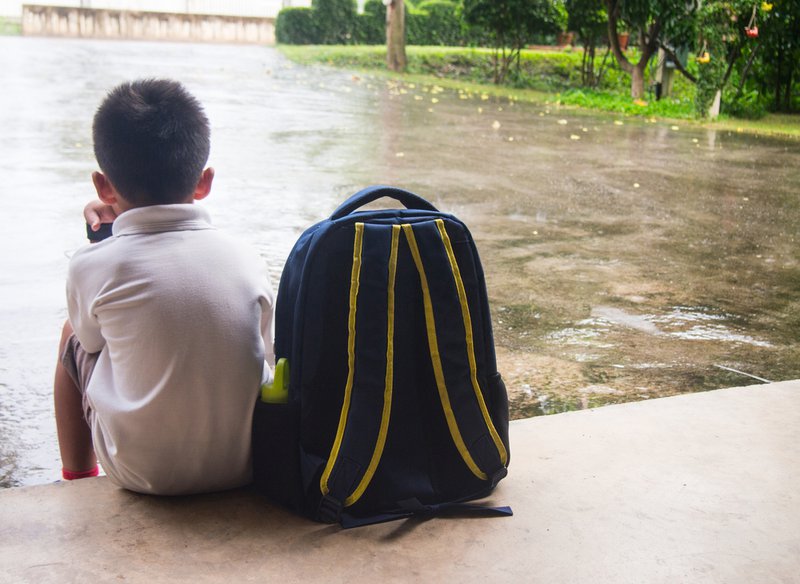 The Trump administration’s immigration crackdown has intensified fears of deportation among immigrant communities—and new research suggests the feeling is also creeping into the nation’s schools. In a recent multi-state survey of over 5,400 educators conducted by the UCLA Civil Rights Project, teachers, principals, and school staffers share harrowing accounts of students who are distressed and distracted due to the uptick in immigration enforcement.

“Our school has focused on being a place of safety,” one principal told the researchers. “But it's clear that our students walk in our doors carrying the weight of uncertainty over their futures and the futures of their loved ones.”

According to educators, the most common fear among students from immigrant families is that they or a member of their family would be deported. By the educators’ reckoning, students are assuming more responsibilities at home in case of a parent deportation, including learning how to cook for their siblings. One teacher reported that a student asked, “How will we eat?” because they feared their parents would lose their jobs. In another instance, an educator recounted how one of their students attempted to cut their wrists due to the overwhelming stress caused by her mother’s deportation.

The scope of the problem is alarming. Currently, children from immigrant families constitute a sizable proportion of students in public schools—in fact, 5.1 million children under the age of 18 have at least one undocumented parent, according to the Migration Policy Institute. And of those children, nearly 80 percent are U.S. citizens, meaning a parental deportation could lead to the separation of the family.

The stress that these students face is affecting their classmates as well, including those who are not in danger of deportation. "The empty seats that are left in the classroom when these children are taken away are a constant reminder, to everyone, that some of their classmates are missing," Patricia Gándara, lead researcher and Co-Director of the Civil Rights Project, said during a recent event about the study. "Both teachers and students can experience grief, as though a classmate has died."

In a second report, researchers from the UCLA Civil Rights Project likened the symptoms of classmates to Secondary Traumatic Stress, what they defined as “the emotional duress that results when an individual hears about the firsthand trauma experiences of another.”

According to the second report, teachers have assumed additional responsibilities to protect their students, including taking on heavier workloads, serving as legal advocates, or both. What’s more, teachers reported that the ratcheting up of anti-immigrant sentiment in schools has chipped away at trust between colleagues, noting that they were not sure if their fellow teachers would look after the best interest of immigrant students.

Educators also mentioned being burdened by news reports alluding to future community raids by U.S. Immigration and Customs Enforcement. One northern California counselor said: “I feel stressed out about how the San Francisco Chronicle reported possible raids in California. It is a scare tactic which frightens not only undocumented immigrants, but those who are around them.”

The threat posed by heightened immigration enforcement is also affecting students’ abilities to be successful in school before they get to the classroom. Another recent report, by the Center of Law and Social Policy (CLASP), found that immigrant parents, many of whom are experiencing high levels of psychological distress, are reluctant to re-enroll for public benefits to which their citizen children are entitled, such as SNAP, WIC, and Medicaid, for fear of exposure. CLASP researchers suggest the lack of basic resources could affect young children’s overall health and well-being for years to come, and poor health and nutrition are known to be detrimental to school success in the meantime.

Considering these formidable challenges, schools have been forced to play a bigger role in securing the well-being of immigrant students and families. However, many schools simply do not have the resources necessary to provide students and their families with comprehensive information and counseling about these issues. “The [schools] that that struggle the most to close achievement gap are hit the hardest by this enforcement regime,” Gándara said.

Ultimately, however, the consequences of hostile immigration policies should not be shouldered by schools. Gándara rightly points out that this “may simply be too much to ask of educators, who are themselves stressed, sometimes to the breaking point.” Local and state governments must ensure that neighborhoods and schools remain safe spaces for immigrant families—even if that means defying federal priorities and policies.