What can we learn about inclusive teaching and learning from California and New Jersey? 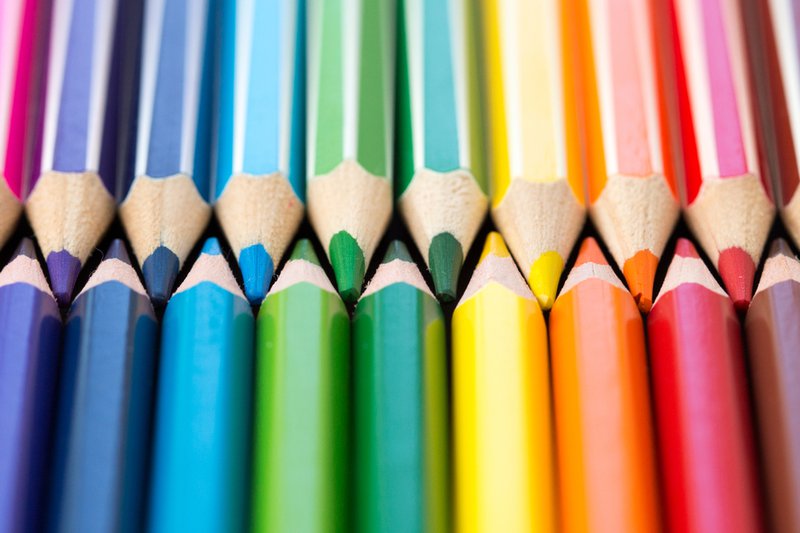 Lesbian, gay, bisexual, transgender, and queer (LGBTQ) students often have dramatically different school experiences than their peers. In many cases, they face hostility from teachers and students, discriminatory school policies, and have access to very few in-school supports. To compound this, they are never taught material that reflects, represents, or validates their identity. As a consequence, LGBTQ students are less engaged in school, graduate at lower rates, and face much higher rates of mental health conditions than their non-LGBTQ counterparts. Though more and more schools are beginning to recognize this problem, there is little guidance and few resources.

Recognizing LGBTQ-inclusive curricula as a critical step in improving outcomes for all students and especially for queer students, this blog series will explore the possibilities for creating and implementing inclusive learning materials, with a focus on leveraging open educational resources (OER). It will explore how OER, which are designed to be easily updated and shared, could provide a new approach to creating more inclusive learning materials and equitable learning environments.

Last month, this blog series explored some of the challenges to OER-enabled pedagogy in states with homophobic education laws. It may be 2019, but seven states still have laws on the books prohibiting teachers from even mentioning LGBTQ identities aloud in the classroom. Two of these states—Arizona and Oklahoma—are also #GoOpen states, which means they are simultaneously working for open learning and against inclusive learning in ways that complicate the landscape for LGBTQ students specifically.

On the opposite end of the spectrum are California and New Jersey, the first two U.S. states to require curricula in public schools to include identities and histories of LGBTQ people and people with disabilities. Through similarly-intentioned but technically-different efforts, these two states are approaching inclusive learning by embedding references to LGBTQ people, identities, and histories into preK-12 history and social science curricula.

Passed in 2011, California’s FAIR Education Act required the contributions of LGBTQ historical figures to be taught in K-12 schools, and paved the way for 2017’s updated History and Social Science Framework. The framework is meant to guide new curriculum, starting in second grade with lessons on diverse types of families, and continuing through high school, with coverage of the gay civil rights movement. It includes events and figures from the Stonewall Riots and the Defense of Marriage Act, to poet Audre Lorde and scientist Alan Turing. The robust nature of the new curriculum is a clear reflection of efforts by state leaders, activists, and community members who provided multiple rounds of input and content guidance. Two years after the curriculum was passed, state leaders are now deep in the costly and arduous process of updating textbooks.

With similar intent, New Jersey became the second state committed to teaching an LGBTQ-inclusive curriculum just last month, when it passed a measure to update middle and high school social studies standards. Like California, New Jersey will embed new content into what is already taught in classrooms, rather than require additional units specifically focused on LGBTQ history or identities. This is an important detail, since doing so will likely help normalize, rather than further differentiate, LGBTQ content in relation to other content being taught.

Unlike California, New Jersey will relegate the creation of these new standards to local school boards, leaving inclusivity to the discretion of its 678 individual districts. This means there could be vast differences across the state in what LGBTQ-inclusive learning looks like, which topics are covered, and how they’re taught. Also unlike California, New Jersey will require new standards for middle and high school only, leaving open the possibility for schools to teach LGBTQ civil rights in the upper grades without taking the time in the earlier grades to explain queer identities and why recognizing them is important.

While the new standards are an important step in the right direction, they alone will not be enough to ensure inclusive, high-quality teaching and learning across the state. Getting students to feel motivated and connected to what they are learning requires school systems to develop robust systems of improvement and support that engage teachers and students in meaningful ways. And while both California and New Jersey have ambitious content goals, neither state has clear plans for updating professional learning to prepare teachers to teach this new material.

This is where open educational resources, or OER, may be an especially useful tool—both for student and professional learning. After defining new standards, each New Jersey district will face the same challenge that state leaders in California are currently tackling: updating textbooks. This process will be just as expensive, time-consuming, and logistically complicated for New Jersey, which is not a #GoOpen state, as it has been for California, which is purchasing new proprietary textbooks, despite being a #GoOpen state.

By openly licensing new textbooks, states could save money and share resources with other education systems across the country, making it easier for schools everywhere to access high-quality, inclusive content. OER also has the power to support content adaptation in ways traditional textbooks do not: With the new legislation, California is updating its history textbooks for the first time in 10 years. The content that goes into these textbooks may very well be used to teach students for another 10 years. This is a problem for LGBTQ inclusion specifically because our understanding of these identities and the language we have to describe them change. The country did not understand queer identities or even recognize important moments in queer history a decade ago in the ways it does now. Openly licensing inclusive curricular content would not only prove much more affordable for states, but it would also allow schools and teachers to update and personalize this content as iterative knowledge.

Of course, doing so would put the onus on teachers to not only update content, but to also be prepared with the knowledge to do so. This has a whole host of implications for teacher professional development—for which OER might also be a useful tool—that the next post in this series will explore. For now, it’s encouraging to see two states prioritize inclusive learning and take important first steps toward supporting LGBTQ students. By capitalizing on every available tool, however, the process of creating inclusivity might be that much easier, and therefore more attractive, to other states as well.