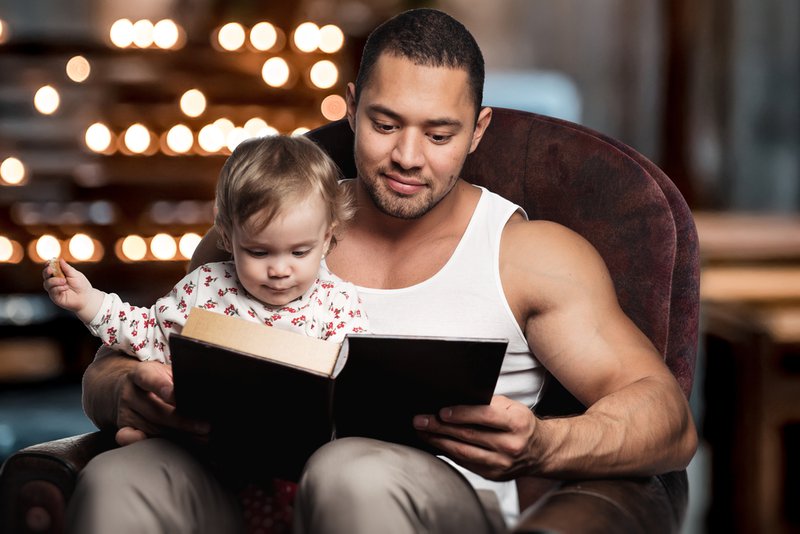 But a new study published in the latest issue of Child Development provides evidence that the seeds for success in kindergarten and adulthood are planted years before children first pass through the schoolhouse gate to begin pre-K or kindergarten. The study, conducted by researchers from Penn State, UC-Irvine, and Columbia University, found that children with larger vocabularies at age two entered kindergarten better prepared both academically and behaviorally than their peers. The researchers measured two-year-olds’ vocabularies and then measured those same children’s levels of academic achievement and behavioral functioning when they entered kindergarten three years later. To measure academic achievement researchers tested students’ proficiency in both early reading and math skills while behavioral functioning was measured by teacher ratings on specific behaviors, such as the frequency of acting-out, difficulty concentrating, and physical aggression.

What researchers found provides further evidence of the strong link between the vocabulary skills of very young children and later school and life success. Children with a larger oral vocabulary at age two not only entered kindergarten with higher levels of math and literacy achievement, but were also found to display greater behavioral self-regulation and fewer anxiety-related behavior problems, such as excessive worrying and extreme shyness. This advantage held even when other variables, such as students’ general cognitive functioning at age two, were controlled for, providing strong evidence for a direct link between two-year-old vocabulary levels and success later in life.

This new study is certainly not the first to provide evidence for a link between the vocabulary skills of young children and later life success. In 1995, Betty Hart and Todd Risley published a study that found that young children from low-income families hear as many as 30 million fewer words than their more affluent peers. A follow-up study examined these same children when they were in third grade and found that this “word gap” had a lasting influence on children’s performance later in life. More recently, a 2013 study by Anne Fernald found significant differences in the vocabulary skills of children as young as eighteen months old and found that gaps in language processing skills emerged as early as the age of two.

But this new study builds and improves upon this prior research in important ways. Perhaps most significantly, prior research has relied on very small sample sizes of children. For example, the well-known Hart and Risley study analyzed data from a sample of only forty-two families and the 2013 Fernald study was based on a sample of forty-eight children. In contrast, this new study analyzed data from a sample of 8,650 U.S. children, making its findings less likely to be skewed due to small sample size. This new study also is one of the first to link the vocabulary skills of young children to later success in both academic achievement and behavioral regulation.

So what is the key takeaway from this new study for policymakers, educators, and parents? It’s simple: early intervention efforts that target the vocabulary skills of very young children are vital to ensuring later academic and life success. George Farkas, one of the study’s coauthors, made the same point, arguing that “Early interventions that effectively increase the size of children’s oral vocabulary may help at-risk two-year-olds subsequently enter kindergarten classrooms better prepared academically and behaviorally. Interventions may need to be targeted to two-year-olds being raised in disadvantaged home environments.”

The good news is that there are now several campaigns in operation around the country aimed at providing just this type of early intervention. For example, the city of Providence, Rhode Island has recently launched an early intervention program called Providence Talks. Explicitly targeting children as young as three months old, Providence Talks uses home visits and parent coaching sessions in an effort to increase both the quantity and quality of vocabulary that young children hear at home. Parents are given a free “word pedometer,” developed by the LENA Research Foundation, that precisely maps out what a child hears each day and enables home visitors to provide targeted feedback to parents.

Another promising example of early intervention programs with a specific focus on building vocabulary is Too Small to Fail, a joint initiative of the Clinton Foundation and Next Generation. With a specific focus on children aged zero to five, Too Small to Fail emphasizes the importance of talking, singing, and reading to infants and young children. They also have a helpful community resources site that allows parents and providers to view recent research, download information guides, and find similar early intervention campaigns in their own area.

Reach Out and Read is yet another example of a program that targets young children for early literacy-based intervention. The program serves more than four million children annually by partnering with medical providers to promote early literacy and school readiness in pediatric exam rooms.  Reach Out and Read enables pediatricians to distribute millions of books each year while stressing to parents the importance of reading aloud to children starting at birth. While a simple idea, research proves that it is an effective one. Studies show that parents served by Reach Out and Read are up to four times more likely to read aloud to their children, and preschoolers participating in the program score three to six months ahead of their peers on vocabulary tests.

These types of early intervention efforts should be supported and replicated in order to reach very young children and put them on the road to later academic and life success. If this new study linking the vocabulary of two-year-olds to kindergarten success proves anything, it’s that it’s never too early to start building the vocabulary skills of our youngest learners. All of these early intervention efforts and more are featured in the new book Tap, Click, Read: Growing Readers in a World of Screens, co-authored by New America’s Lisa Guernsey and officially launching on October 1 at New America's offices in Washington, DC at 4:30 p.m. (Register here)."