When It Comes to Infant Language Development, Not All Toys Are Created Equal 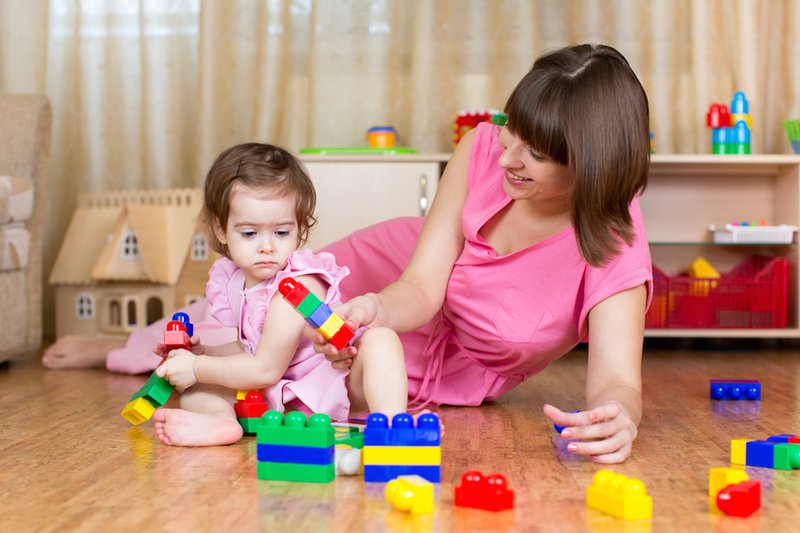 It’s now well-known that early language development is crucial to a child’s long-term academic success. As I discussed in a previous article, children with larger vocabularies at age two have been found to enter kindergarten better prepared both academically and behaviorally than their peers. And research has shown that what’s key in ensuring that infants eventually develop these larger vocabularies is the quality and quantity of language heard from caregivers during the first months and years of their lives. Simply put, the more words an infant hears from caregivers, the more they are engaged in back-and-forth interactions, the better her language development will be.

But what role do toys play in language learning? Can something as simple as the type of toy an infant plays with affect language development? The answer appears to be yes. At least, that’s the conclusion of a new study published in JAMA Pediatrics examining the type of toy used by infants during play and the quantity and quality of parent-child communication the toys encourage.

The procedure of the study is fairly straightforward: about two dozen infants, aged 10-16 months, and their parents were provided with three different sets of toys: electronic toys, traditional toys, and books. The electronic toy set consisted of a baby laptop, a talking farm, and a baby cell phone. It’s important to note that these specific electronic toys were chosen because they are marketed as educational toys that promote language development for children in this age range. The traditional toy set consisted of a farm animal puzzle, a shape-sorter, and a set of blocks. Finally, the books toy set was made up of five different board books. Each parent-infant pair engaged in two 15-minute play sessions per toy set over a three-day period, enabling them to play with all of the toys in each set.

The researchers were most interested in capturing the parent-child interactions in their natural environment, so the parent-infant pairs played with the toys in their own homes without being directly observed by researchers. In order to capture the words spoken by both parent and child during play the researchers outfitted each infant with audio recording equipment developed by the LENA Research Foundation. This is the same technology used by successful early intervention programs such as Providence Talks. A small recording device is placed in the child’s pocket so that all conversation can be captured and subsequently analyzed.

After the parent-infant pairs had a chance to play with all three different toy sets researchers analyzed the data captured by the recording device. The results were striking: play with books and traditional toys was clearly superior to play with electronic toys in promoting high-quality, parent-child communication. During play with electronic toys, there were fewer words spoken by parents, fewer conversational turns between parent and child, fewer infant vocalizations, and fewer parental responses to infant vocalizations than during play with traditional toys or books. And the differences were significant. Take the number of words per minute (WPM) spoken by parents during each play session, for example. When playing with books, adults spoke an average of 66.89 WPM to their child. When playing with traditional toys, they spoke an average of 55.56 WPM. But when playing with electronic toys adults spoke an average of only 39.62 WPM. These differences led the researchers to conclude that the type of toy used during play was “significantly associated with both the quantity and quality of language use.” The researchers went even further and cautioned that “play with electronic toys should be discouraged” for infants.

When children are engaged with electronic toys, such as a baby laptop or talking farm, parents may get the mistaken impression that the toy is helping the child more than their parents can. Or, given the demands and stress of juggling work and household duties, parents may feel no choice but to leave their infants and toddlers alone with these toys for periods of time. But there’s no evidence that children in the 10-16 month age range are able to learn vocabulary by using media without a parent or other adult talking with them about what they are seeing and playing with. Research summarized in this 2013 Zero to Three article by New America's Lisa Guernsey shows some discrepancies in the few studies so far that have examined the ability of children under the age of 24 months to learn from media without engagement from a human caregiver. Two studies show no learning at all; two others show that it may be possible after 18 months but only in very controlled conditions. In the current study, it appears that media just isn’t responsive or social enough to act as language teachers for children as young as 10-16 months.

So should parents stop purchasing electronic toys for their young children? Well, it’s not quite so simple. This is just one study and it comes with some limitations. The study had a small sample size of just 26 parents and almost all of them were white and college-educated. Hopefully, similar research will be done in the future with a more demographically diverse set of participants.

But, limitations aside, it’s hard to dismiss research that shows such clear benefits of traditional toys over fancier (and more expensive) electronic items. So my advice to parents of very young children looking to purchase a toy to help their infant’s language development would be this: Be skeptical of a toy company’s grand claims about the educational benefits of their high-tech product since they rarely have research to back it up. Instead, opt for a low-tech toy or book that both parent and child can engage with together."