There are Better Priorities than Hunting Down Highly Educated Immigrants

Almost everything is better, actually 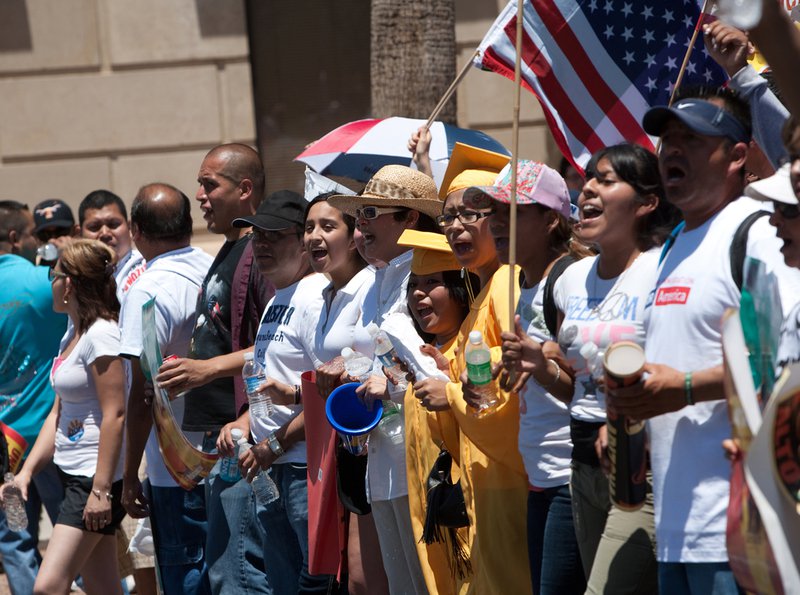 Last week, Representative Duncan Hunter (R-CA) introduced the “No Funding for Sanctuary Campuses Act”, which would prevent colleges from receiving federal student aid if they fail to comply with federal immigration law, including if they “harbor an alien”. The bill is a response to moves by some universities to designate themselves as “sanctuary campuses,” open to illegal immigrants. If passed, the bill would mean colleges would have to cooperate with investigations of immigrants on campus and could have a chilling effect on colleges’ willingness to enroll illegal immigrants, as nearly all colleges rely on federal student aid (such as federal student loans and Pell grants) in order to keep the lights on.

Mr. Hunter, who was one of the first sitting members of Congress to endorse President-elect Trump, is taking solid, defendable concepts regarding the rule of law and using them for absurd ends. Furthermore, he is highlighting a misplaced priority for Republicans when it comes to higher education: They are focused on witch hunts for illegal immigrants while they should instead be focused on reducing the risk to taxpayers from bad schools with bad outcomes.

In his bill, Mr. Hunter is targeting the so-called “Dreamers”--people in high school, obtained a high school diploma, or served in the military who entered the U.S. as minors. Through executive action, President Obama guaranteed that these people would not be deported, making a calculated guess that most Americans would be sympathetic to their plight (in 2010, when the idea was being debated in Congress, a small majority of the public supported the legislation, though Republicans did not).

Now that Mr. Trump has been elected, many students and college administrators worry about perceived threats to higher education. Some colleges, without any specific policy proposed by Trump, declared that they would resist (to the best of their legal ability) any attempted crackdown by the federal government when it came to harboring illegal immigrants. That disregard for federal law angered some conservatives, especially since these colleges rely on federal dollars. Thus, Mr. Hunter’s bill, threatening to withdraw federal support for colleges.

Mr. Hunter and conservatives who are pained by the idea that a college might get away with harboring illegal immigrants and still receiving federal financial aid need to focus on the real scandal. Where is their outrage to the fact that hundreds of millions of federal dollars a year go to schools that don’t graduate students or prepare them for the economy? Or federal dollars to schools with high percentages of students who borrow federal student loans and haven’t paid back a dollar of principal three years after attending? Blame the schools or blame the students; either way, these schools are taxpayer money pits, predatory lending schemes that manage to leave both the taxpayer and the student poorer, with only the school enriched.

Students can borrow an unlimited amount of money to attend an increasing number of shoddy graduate degree programs and then enroll in repayment plans that all but guarantee loan forgiveness at the taxpayer’s expense. Parents who are homeless or in severe financial distress qualify for tens of thousands of dollars in federal loans for their child to go to college—loans these parents will never pay back. These are the issues that conservatives like Mr. Hunter ought to focus on.

Hunter is not the first to realize that federal dollars to schools are a great lever to advance an identity politics agenda. A recent pioneer in that field is Mr. Obama, who also pushed executive actions that threatened to stop the flow of federal financial aid should colleges not comply with certain culture war issues, like the transgender bathroom fight. Worse, Obama did this outside of the formal regulatory process.

Republicans should resist the urge to use Mr. Obama’s tactics of politicizing federal student aid for their own ends. And while there are differences (illegal immigration really is illegal, and it’s an act of Congress, not an executive action), Republicans should use what we might call prosecutorial discretion. Mr. Trump, for instance, has vowed to target illegal immigrants who have committed crimes in the U.S. This is a far less sympathetic group. By not adhering to the laws of the country and potentially endangering citizens, they have not earned the right to be in the United States.

But these students are the opposite. They are learning and growing in one of America’s strongest existing set of institutions—colleges and universities—the majority of which have helped ensure the country’s scientific, military, and economic dominance over the last sixty years. They are more likely to be tax-paying citizens who produce and contribute to the general welfare. While the colleges provoked conservatives by standing in defiance to the law, Mr. Hunter’s reaction is worse.

Republicans should start holding colleges accountable for what matters: taxpayers dollars. Largely thanks to federal intervention and neglect, the higher education market is extremely distorted and increasingly burdensome to the American taxpayer.

There are real, thoughtful conservative reforms, like those of Jeb Bush when he was running for president, and there are more on the way. Republicans have a tremendous opportunity. They should not waste it by making higher education the next identity politics battleground.