The American Rescue Plan and Students with Disabilities: What’s In It and What’s Missing 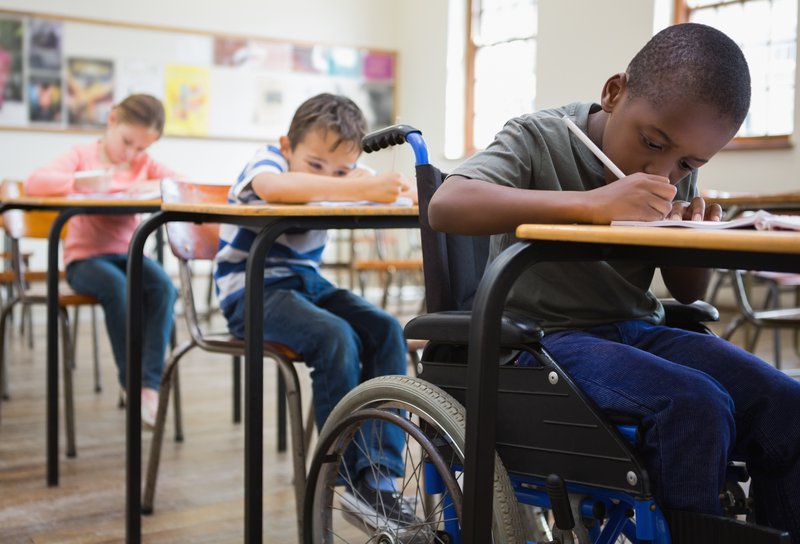 This targeted funding for IDEA is a big win for students with disabilities and will help schools and districts meet the needs of the 7.1 million (14 percent of the PreK-12 population) public school students with Individualized Education Plans (IEPs) which includes those with cognitive, physical, emotional, behavioral, and other disabilities. The American Rescue Plan provides funding for various parts of IDEA for children with disabilities from birth to age 21 (Table 1). $2.58 billion is set aside for state grants under IDEA, Part B (the largest of the four IDEA parts), $200 million for preschool grants under IDEA, Section 619, and $250 million to support infants and toddlers with disabilities under IDEA, Part C.

Students with disabilities will also benefit from the $130 billion in funds that is set aside for elementary and secondary schools. The American Rescue Plan sets funds aside in the same way that the CARES Act did via the Elementary and Secondary School Emergency Relief (ESSER) fund, and money will continue to flow to states and districts based on the Title I formula. ESSER funds include $109.8 billion for school districts, $6.1 billion to address lost instructional time, $1.2 billion for afterschool programs, $1.2 billion for summer enrichment programs, and $800 million for students experiencing homelessness. While not specific to education, it is important to note that the American Rescue Plan includes a funding boost for Home and Community-Based Services (HCBS) which was expanded to include behavioral health services like counseling. This is important for members of the disability community, particularly for older students with disabilities needing access to services at home.

It’s a win, but it’s still not enough.

American Rescue Plan funding alongside the $13 billion that Congress appropriated for IDEA for FY2021 still fails to meet Congress’ commitment to cover 40 percent of costs associated with educating students with disabilities. While the ARP reserved significantly more money for education than previous stimulus bills, it falls short of what is required to address the needs of these students. When IDEA was signed into law in 1975, guaranteeing a student’s right to a free and appropriate public education in the least restrictive environment, it included a commitment from the federal government to provide up to 40 percent of the average per pupil costs for eligible students. As it stands, the federal government currently funds about 15 percent of eligible per pupil expenditures, which means states and districts are left to implement the requirements of the law without the resources needed to do so. Congress has never fulfilled this promise in the 46 years that the law has been in effect, and it’s estimated that it would take an additional $20 billion annually to meet this commitment.

Additionally, the ARP does not include targeted funding for students served under Section 504 of the Rehabilitation Act of 1973. 504 plans are designated for students that have a mental or physical disability that substantially limits life activity, and includes ADHD, anxiety disorders, depression, and students who have experienced trauma. While the law’s focus is to protect students with disabilities from discrimination, whether they are served under IDEA or not, it also includes the provision of learning accommodations, assistive technology, and services like transportation and speech therapy. According to a new report from the Center on Civil Rights Remedies, evidence suggests that prior to the pandemic, states were failing to identify 504-only students, and ultimately failing to provide them with the mental and behavioral supports associated with their status and needs. These supports were needed prior to last year, and will continue to be high priority as the pandemic has stressed the mental health of disabled and non-disabled people alike.

There was also a missed opportunity to fund a strong research and development agenda. The disability community would benefit from a cross-sectional analysis of demographic and specific diagnosis disparities within 504 and IEP populations, and is long overdue for a special education funding study. Given the distinctions between IDEA and Section 504 of the Rehab Act, we would expect to see differences between the students who receive services under these two laws and differentiated types of services recorded under the two service plans. But because the laws are so different, there is a lack of comparability, and as a result a lack of data. Districts do not receive special funding for 504 students which means the cost of serving students on 504 plans is often underestimated or ignored altogether. The most recent attempt to account for the cost of special education spending at a national level was based on data from the 1999-2000 school year. Funded by the federal government, the Special Education Expenditure Project (SEEP) found that average expenditures for a general education student at the time was $6,556 compared to $12,474 for students with disabilities. This regularly cited data point (often rounded up to “twice the cost”) is now more than 15 years old. Achieving quality and equity in special education hinges on our understanding of this diverse population, how it’s changing over time, and how students are being classified and served under separate but intersecting laws.

The American Rescue Plan is a step in the right direction, but it’s a fraction of what students, particularly students with disabilities, need. The Biden-Harris administration must continue to push to fully fund IDEA as promised in its disability agenda. This is the only way for the administration and Congress to enable states and districts to address not only the issues that the pandemic has created for their education, but also address the unmet needs that students with disabilities were facing long before COVID-19.