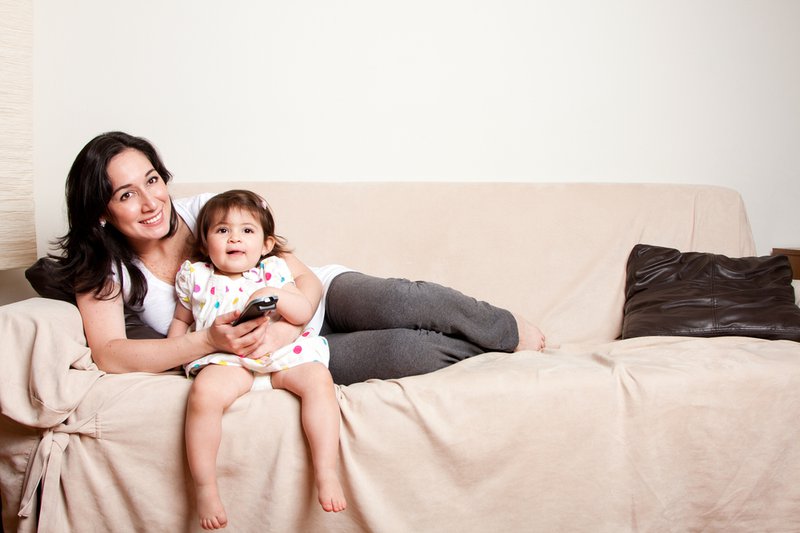 The Learning Sciences Exchange (LSX) is a cross-sector fellowship program designed to bring together journalists, entertainment producers, policy influencers, researchers, and social entrepreneurs around the science of early learning. As part of the program, our fellows contribute to various publications, including New America’s EdCentral blog; BOLD, the blog on learning development published by the Jacobs Foundation; and outside publications.

I have always been fascinated by babies’ brains and the importance of quality parent/caregiver interaction on early childhood development. Following continued research into this area and a fusion of my degree studies in Contemporary Theatre at the Royal Scottish Conservatoire and Play Therapy at Glasgow University/Notre Dame Centre., I created a theatrical installation experience within an inflatable called ‘BabyChill’ designed to soothe babies and relax parents.

BabyChill was a relaxing musical and sensory environment for parents and babies to connect, interact and chill in together. The installation was set within an inflatable dome lit with beautiful soft coloured lighting to create a calming atmosphere. I worked with a designer to create an interior design that was cozy and inviting, filled with super soft textures and specially-designed toys that encouraged play and awakened the senses. The music was specially composed and written with a musician to create an environment that encouraged deep relaxation and calm between parents/caregivers and their children.

I brought the installation throughout the UK and Ireland to International children’s theatre festivals including the Imaginate Festival in Edinburgh and Malta as well as The Ulster Museum Belfast and into schools, nurseries, playgroups, Dad-focused parenting groups, special education needs centres, and specific groups such as Down syndrome Scotland. Within each thirty-minute experience for six parents and six babies at a time, I observed a change in participants during the installation experience. Babies and their caregivers maintained eye contact with each other, they imitated actions and reactions through their voices. I also observed clear mirroring between babies and their caregivers. It was a very moving experience to watch this special ‘dance’ between them taking place. I collected both verbal and written audience feedback from parents describing how their levels of in-sync interaction and bonding increased while their feelings of stress and anxiety decreased. Additionally, those parents with children who experienced behavioural difficulties or had special needs/autism regularly responded that the experience offered a sense of calm and regulation that they had rarely seen in their children. An additional part of the feedback I received from parents was that their babies slept deeply following the experience and went to bed easier that evening, sleeping through the night.

Alongside the BabyChill installation experience, I was also beginning to develop my work as a creator of children’s television content and was asking: Would it be possible to create a television show that could replicate this hypnotic, relaxing, calming atmosphere and bring it directly into the homes of parents and babies? How could I incorporate the use of music, relaxation, sound, and singing into such an experience? Would this enable more parents regardless of class, location, and income, to access these benefits of this quality exchange?

As I was forming these ideas into an animated series and pitching this to CBeebies/BBC, I was selected to be a fellow in the Learning Sciences Exchange (LSX) as a representative from the “entertainment” sector. The key aims of the fellowship—designed to break through traditional silos that separate learning scientists from those in journalism, education policy, and entertainment—were directly in line with my own individual work as a television content creator with an interest in understanding the science behind children’s development.

I came to the LSX with a series of questions around the science of sleep, bonding, language development and lowering stress and anxiety in young children. The contacts and experiences provided by the fellowship allowed me to address these questions and provided me with the scientific knowledge and understanding to explore these areas in more detail. I also had on hand a number of experts that I could call on who had a wealth of knowledge on brain and language development and the importance and benefits of lullabies and singing between parents/caregivers and babies. This direct contact with scientists working and developing cutting edge research influenced and added to the strength of the television show that I was creating. My team member, educational psychologist and Harvard professor Meredith Rowe, furthered my understanding and knowledge of language development and the importance of conversational turn taking through her expertise and knowledge in early language and literacy development. This directly impacted how I approached and viewed language and the process I used as a writer to create text and write original lullabies for this specific age group.

Over the last two years, I developed an animation series—‘Hushabye Lullabye’— which has now been aired on CBeebies/BBC as part of the Bedtime Hour, a perfect slot for being together and winding down before sleep. The visual aesthetic reflects the cosy and inviting super soft environment I set out to create in the BabyChill experience and I worked with leading composer Giles Lamb to create the musical landscape for the series to compliment each unique lullaby that I have written. The show features characters that I have specifically designed to reflect and relate to a children’s bedtime experience such as ‘Dilly Dallie’ the little alien who dilly-dallies before bed, the ‘BedTime Sheep’ and the cheeky ‘Chumbles’, mischievous little creatures who bounce and hide before its time to go to sleep. As a director I wanted to make sure that the series encouraged a sense of calm in the home before sleep and bedtime therefore alongside the use of language and music, the pace at which the programme moves and each character interaction has been specially considered for the early years audience.

‘Hushabye Lullabye’ launched on CBeebies in March 2020 and has been very well received across BBC linear television, with high figure streaming requests on BBC IPlayer, and has been recommissioned for a further two series. The show has also been selling internationally and the music available to download has been very well received and used regularly by parents during quiet time/bedtime. It has been wonderful to see parents and babies enjoy the programme and experience the positive benefits of music and singing lullabies together. I have been receiving daily feedback on social media platforms from parents who have shared that it has helped with sleep and bedtime, encouraged singing in the home, and been a really positive experience for those parents with autistic children.

Throughout the two years of the fellowship, I have exchanged learning with each of the other 11 fellows, met experts in their respective fields, attended conferences in America and Switzerland and, of course, received invaluable input from LSX co-founders Kathy Hirsh-Pasek, psychology professor at Temple University, and Roberta Golinkoff, psychology professor at the University of Delaware. All of this was integral to the credibility and successful development of the final television programme. As I continue to develop my new slate of television programmes I will continue to develop research led and considered programming for parents and children using this continued learning and knowledge backed by the science of early childhood.