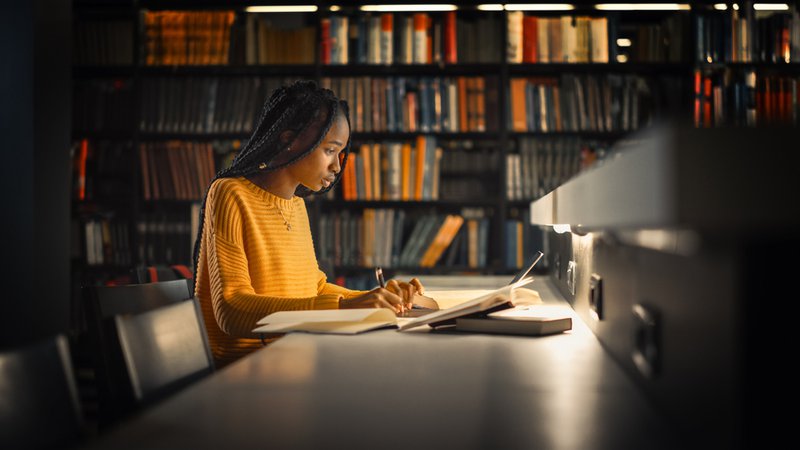 Not many student success programs could do what the Accelerated Study in Associate Programs (ASAP) at the City University of New York (CUNY) did. The program doubled the three-year graduation rate of participants by implementing a comprehensive wraparound support model that includes components such as financial aid, structured academic pathways, and advising. ASAP's amazing results sustained when the program was replicated in Ohio and many colleges in the country have begun to adopt the program. But ASAP is expensive on a per student basis. It was estimated that the cost per student for the program at CUNY was $3,440 a year, and implementing ASAP cost 60 percent more than other regular support services at the school. In Ohio, where three colleges piloted the program together, only Lorain County Community College (LCCC) continued to offer the program after the pilot due to the high costs. The success and sustainability of evidence-based programs like ASAP will undoubtedly require significant financial support from many sources, including the federal, state, and local governments, philanthropy, and even the colleges themselves.

Recently, Congress passed the FY2022 spending bill that allocated $5 million for the establishment of the Postsecondary Student Success Grant program that would support evidence-based practices in college retention and completion. This funding will be invaluable to help colleges and universities replicate and expand evidence-based programs such as ASAP, setting a foundation that would likely incentivize colleges to sustain the programs. The stories of CUNY and LCCC can help policymakers understand how these colleges were able to secure enough funding to sustain their programs, and where the federal government can step in to promote wider adoption.

CUNY’s ASAP started more than 15 years ago when CUNY’s chancellor pitched the idea of a comprehensive program that combined evidence-based best practices to address CUNY’s low graduation rates to the Office of the Mayor’s Center for Economic Opportunity (now known as NYC Opportunity). The program anchored on three well-documented beliefs: the importance of academic momentum, the need for college integration, and the value of timely intervention. ASAP required students to be full-time, provided opportunities for summer and winter classes, and offered financial support to help students gain academic momentum. The program also required frequent advising sessions, provided personalized advising, and created opportunities for ASAP students to enroll in the same courses to promote student integration. Last but not least, ASAP provided comprehensive support services including dedicated advising, career counseling, tutoring, and other services to make sure students can easily access these resources when they need to.

CUNY received $6.5 million per year for three years to pilot the program at six CUNY campuses. Seeing the strong results of ASAP after the first two cohorts, NYC Opportunity in 2012 made the allocation permanent. The State of New York also allocated $2.5 million annually to the program. This stable funding stream allowed for the first expansion of ASAP, with the goal to increase the program’s participants from around 1,200 in 2011 to more than 4,300 in 2015.

When a rigorous evaluation came out showing that ASAP nearly doubled the graduation rate of participants, New York City was even more interested in expanding the program. In 2015, the City Council’s Finance and Higher Education Committees allocated $42 million to support ASAP’s expansion, and the City Council allocated an additional $35.4 million for the program to support STEM students. The generous investment from the City of New York expanded ASAP participation from 4,300 students in the academic year 2014-2015 to more than 25,000 students in 2018-2019.

But not many colleges in the country received such investments from their local and state governments. In 2014, three community colleges in Ohio (Cincinnati State Technical and Community College, Cuyahoga Community College, and LCCC) participated in a demonstration to explore whether the CUNY ASAP model could be replicated and achieve similar positive results in different locations. Funded by multiple philanthropic organizations, these three Ohio colleges implemented their own programs with components mirroring CUNY ASAP, including student academic advising and career services, financial support, and priority course enrollment. The evaluation study of these Ohio programs showed similarly positive results to ASAP. They increased full-time enrollment, boosted credit accumulation, increased the number of students who transferred to a four-year college, and nearly doubled the three-year graduation rates. Despite the positive outcomes, among the three colleges, only LCCC continued offering its program to students beyond the pilot years.

Without substantial fundings from local and state governments like CUNY, LCCC had to figure out how it could sustain its ASAP program, or as formally known in LCCC, the Students Accelerating in Learning (SAIL) program. SAIL, costing approximately $2,500 per student, was definitely not cheap to implement. But LCCC had a plan. Since SAIL increased enrollment and improved student outcomes, the college believed that sustaining the program meant greater Pell revenue and performance-based allocation from the state in the long run.

During the program’s pilot years, despite receiving grant funding, LCCC had to gradually contribute to the cost of SAIL as part of the grant requirements. To meet the program’s needs, LCCC leveraged its existing resources. The college used the existing tutor and career services center to provide academic and career support to students in the program, rather than hiring new staff to work on SAIL specifically. LCCC also switched its traditionally first-dollar scholarship to last-dollar scholarship and used the savings to support students in the SAIL program. LCCC also looked into improving operational deficiencies so that it could allocate more resources to SAIL.

LCCC explored other funding sources, including discussions with the Ohio Department of Higher Education advocating for state-level funding for comprehensive programs such as SAIL. The proposal, unfortunately, was cut from the final state budget. LCCC also explored partnering with the Ohio Department of Jobs and Family Services so that the Department could potentially use its Temporary Assistance for Needy Families and Workforce Innovation and Opportunity Act funding to support eligible students in the program. In the meantime, LCCC continued to gradually integrate SAIL into its general operations, making the program part of the campus life, rather than an isolated program. This strategy let LCCC’s leaders leverage the college’s existing resources to expand the program.

The COVID-19 pandemic has threatened funding cuts for colleges and universities in the country, in fact in New York the city proposed a $20 million funding cut to CUNY ASAP before backing down. However, both CUNY and LCCC remained committed and were able to transfer their program components virtually.

Both CUNY and LCCC share one thing in common about how they started and sustained ASAP. Both received grant funding to pilot the programs and both decided to continue after seeing the significant improvements in student outcomes. To expand proven programs like ASAP, colleges need to experiment with the program first. This is where the federal government can step in. The $5 million allocated for the Postsecondary Student Success Grant program will create a competitive grant that is managed by the Department of Education (ED).

ED could structure the application so that it prioritizes colleges that will pilot a proven student success program such as ASAP. ED should focus the funding on colleges that serve a significant number of low-income students, as this is the targeted population for these programs. To incentivize colleges’ commitment to the programs after the grant period, ED could prioritize colleges or states with plans to match funding for or otherwise lend support to the program. As student success remains an important objective for the Biden’s Administration in years to come–the President’s recently released FY23 budget included $110 million for a new Retention and Success program, there are hopes that there will be more funding to support and sustain the expansion of programs like ASAP in the future.