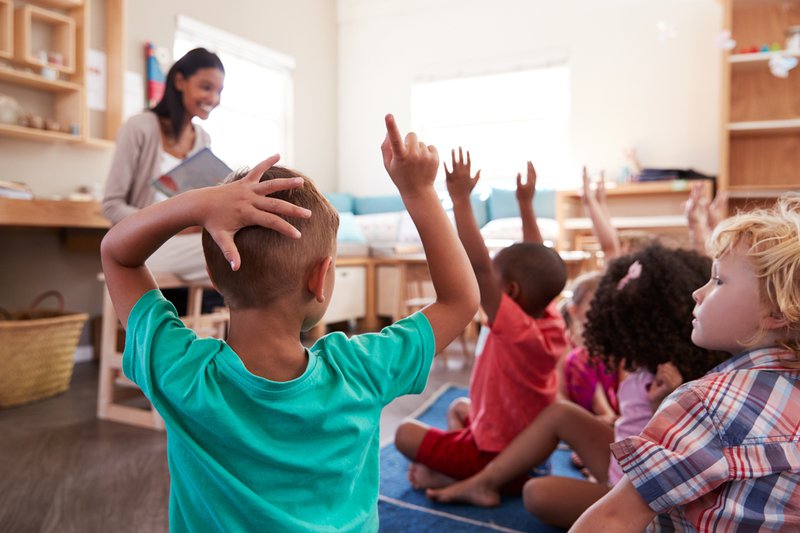 Last week, the National Association of Elementary School Principals (NAESP) released  The Pre-K-8 School Leader in 2018: A 10-Year Study—the ninth study in a series of research studies that report data collected on the school climate, challenges, and conditions of pre-K through grade 8 principals and assistant principals.

Among the report’s key findings: principals’ top concern is addressing students’ emotional problems, a shift over the last decade. In the 2008 study this issue ranked eighth on the list of top 12 extreme or high concerns for principals. Of the 58 concerns listed in the survey, principals rated as an extreme or high concern the numbers of students with emotional problems, student mental health issues, and student poverty. Other top concerns were providing services for at-risk students, teacher performance, and professional development of staff.

Over the last few years, schools have been faced with an expanding population of students who need additional supports, combined with more rigorous academic standards for students and evaluation systems for educators. Additionally, more and more four-year-olds are joining the elementary school community. Just over 50 percent of principals reported having pre-K and more than 20 percent reported having early childhood programs in their schools. And as New America's Early & Elementary Education Policy team has written, serving as a leader for pre-K as well brings additional considerations and responsibilities for principals.

Because of these shifts, teachers and principals are facing an overwhelming portfolio of responsibilities. In addition to setting the school vision, implementing policy, and managing schedules, finances, family relationships, student safety, principals are also expected to excel as “instructional leaders.” They provide feedback and coaching to teachers, connect instructional and curricular resources to state standards, and use data to inform professional learning for teachers. It is no wonder that just over half of survey participants reported that fragmentation of principal time was an extreme or high concern.

Performing all of these duties well, and within the regular work week, is near impossible. Eighty percent of survey respondents indicated that their job has become more difficult over the past three years. Despite this, 83 percent of respondents reported decreased support from the state. Respondents also report that the average number of hours worked per week has increased over the past 90 years, going from 44 hours in 1928 to 61 hours in 2018. Principals also reported working an average of eight hours per week outside of the school building. And even though one-third of survey participants reported working with an assistant principal, 62 percent reported that the number of assistant principals assigned to their school was not enough to ensure effective leadership.

New America’s PreK-12 team heard similar sentiments when conducting focus groups with principals in districts trying out distributed leadership models. The expanded role of school principals, along with research pointing to the importance of principals as instructional leaders, has led some schools and local education agencies to rethink school leadership roles. Distributed school leadership models, which can vary in form, generally entail having other building staff—teacher leaders and/or school administration teams—take on some responsibilities of the principal. The idea is to allow the principal to have a more focused role. In New America’s report, “From Frenzied to Focused: How School Staffing Models Can Support Principals as Instructional Leader,” Melissa Tooley found that “new school leadership models in these districts have clear benefits. But for a variety of reasons, they are generally not building enough capacity to address the myriad of functions necessary to make schools successful, including helping principals focus on supporting teacher practice.”

Still, adding resources and building staff capacity is a step in the right direction to making principals’ roles more manageable, and NAESP’s data shows a shift toward shared leadership responsibility. More respondents indicated sharing responsibility with others in the school in 2018 than in 2008—respectively 16.7 percent and 9.3 percent. Also, 45.8 percent of respondents indicated sharing responsibility for instructional improvement with others in the school—in 2008, that number was 41.2 percent.

But even when additional staff are allocated to a school to help manage a principal’s workload, principals need training and support in helping them figure out how to restructure their time and where to focus.  When asked about professional development needs, time management was among the top areas of need—support in improving student performance was at the top of the list. Other top areas of need included improving staff performance and understanding and applying technology.

The Every Student Succeeds Act specifically gives states and districts the opportunity to use Title II, Part A funds to support school leader development. NAESP’s 10-year study provides information that can help guide states and districts’ development of professional learning opportunities. The survey tells us that principals are most likely to participate in school-level opportunities (67.1 percent highly likely) and district-provided opportunities (64.9 percent highly likely) to address their professional development needs, but are unlikely to enroll in a graduate (66.2 percent not likely) or nondegree program (64.9 percent not likely) to meet these needs. States and districts can use this information to ensure that professional learning for principals is relevant, impactful, and delivered in a way that works best for principals.