Six months into the coronavirus pandemic, many of California’s family child care providers have still not reopened. Experts wonder if they ever will. 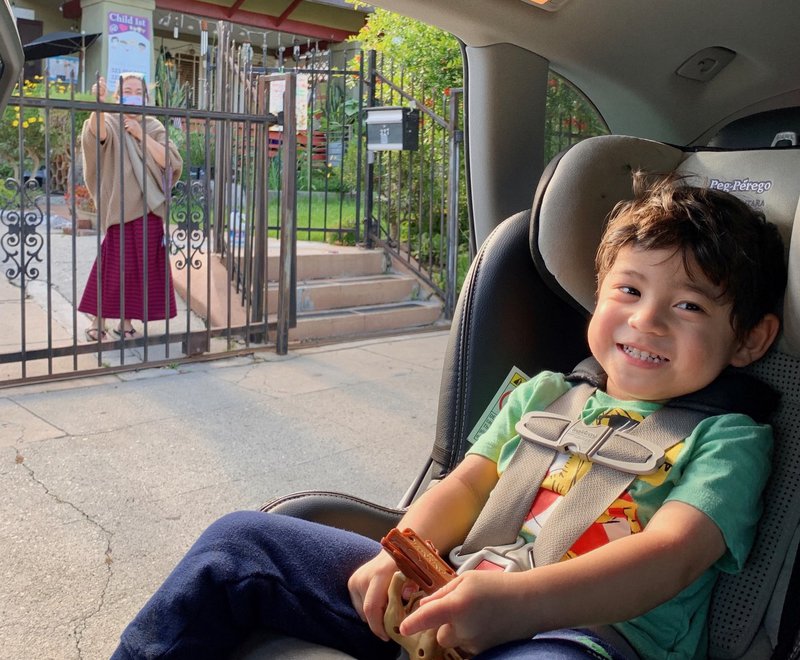 Mirabelle Guevarra had been running Tita Mira’s Family Day Care out of her home in Los Angeles for ten years when the pandemic forced her to close her doors.

“I thought it was only going to be for a week or two,” Guevarra said. Six months later her family child care program remains closed—forecasting what many advocates in the state fear is the permanent loss of thousands of child care slots.

California didn’t have any to spare. Pre-pandemic, as the LA Times reported last month, “60% of Californians lived in areas that lacked adequate access to child care.”

Today, the Times analysis of state data shows, almost one out of every four licensed child care providers in California have closed. Many close because their owners like Guevarra are concerned about health risks and new financial challenges imposed by health and safety orders.

Guevarra, an immigrant from the Philippines, is worried about the loss of her family’s sole source of income, but also about their health. She lives with her husband who has diabetes, her two children ages 12 and 14, one of whom has severe allergies, and her mother.

“The decision is not just as a business owner, but as a mother with children, as a daughter to a senior citizen living in the home,” Guevarra said. “It’s a very tough decision.”

A large portion of young children in California attend family child care programs run by women of color like Guevarra in their homes. These women now face stark choices in deciding whether and how to reopen their family businesses.

Before the pandemic, Guevarra and her husband cared for up to 14 children under age 4, including infants. In addition to art and circle time, Guevarra spent a lot of time with her children outside in their garden, teaching them to plant seeds and watch them grow. Her husband, who left his job at FedEx a number of years ago to join her full-time, cooked for the children and taught yoga.

In response, Guevarra made plans to open several times this spring and summer, but then pulled back as infections grew in the LA area. Her mother and her teenage children, Guevarra said, were scared of the health risks associated with opening the child care and bringing the children back into their home. She feels torn between the needs of the parents she serves and the needs of her own family.

In addition to this pressure, keeping her child care program closed is coming at great financial sacrifice. Her last family stopped making payments in August. Guevarra received some early funds from the Federal Paycheck Protection Program, but used those up quickly to repair a burst pipe in her 1912 home. The family’s mortgage is in forbearance and she is focusing on only paying for the essentials.

Like other family child care providers, Guevarra’s business operated on small margins of profit pre-pandemic. Many small child care businesses in the state were already struggling due to the recession and California’s housing crisis.

For Guevarra and her husband the personal loss of their regular time with the children is perhaps the most painful. The two held regular Zoom video conferences with the kids for a while – reading books, leading movement exercises, and games. And they continue to host socially distanced drive-bys at the park or in front of their home.

“It breaks all of our hearts to see them in the car,” Guevarra said. “They want to touch us and we have to say ‘no, just blow little kisses.’”

But by now, fewer and fewer families are coming.

Large investment is needed to keep the child care industry from collapsing, experts say. “This was an industry that was really struggling before the pandemic,” Simon Workman, the director of early childhood policy for Center for American Progress, told Time. “If you were struggling to get by before, then the chance of you closing now is pretty high.”

In California, advocates are calling for special attention to providers serving dual language learners who make up 60 percent of children age 5 and under in the state and to policies that will help protect the early learning workforce at large. They say providers need funding to support operating expenses, clear guidance on how to open safely during the pandemic and access to testing, paid medical leave, and protective equipment and supplies.

Charlotte Guinn is a family child care provider in Oakland who has been able to reopen. Guinn said she made big changes to her home in order to protect children and herself—providing more space for the eight children she cares for. She split the kids into two groups of four and bought lap desks rather than sitting them together at big tables for activities. Guinn encourages them to social distance with floor markers.

But without more federal or state investment, this may prove the exception rather than the rule.