States, Not Publishers, Driving Innovation in the Curriculum Marketplace 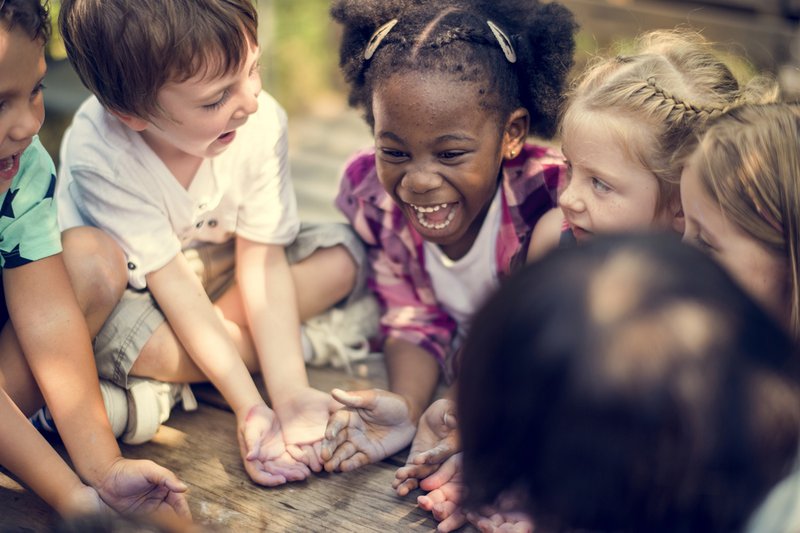 Over the past five years, education leaders and researchers have finally begun to focus on the need for quality, standards-aligned curricula. Now the question is: Where will these curricula come from? Will schools continue to rely on traditional publishers, buying whatever is available in the curriculum marketplace, or is there another way? This blog series spotlights a growing trend: states and districts are turning to open educational resources, or OER, for curriculum in core subject areas. This post explores the role states have played in driving innovation and improved quality in the curriculum marketplace. Check out the first post, which highlights several new reports on state curriculum reform efforts and the role of OER, and the second post which discusses ‘open pedagogy’ and the connection between curriculum and teacher professional development.

When you think about where innovative new practices in learning are coming from, state departments of education are generally not the first places that come to mind. Reporters, investors, and the general public—for better and for worse—tend to focus instead on the “ed tech” marketplace, with its steady stream of new apps, games, and tools designed to revolutionize how we teach and learn.

Unlike these flashy new tools and tech on offer though, the core curricular materials that students use every day—the resources that make up the actual substance of what students are learning—have received significantly less attention by the public at large, and the marketplace in particular. Even after the majority of states adopted shared, rigorous academic standards across English language arts and mathematics, districts and teachers continued to call out the difficulty in finding core curricular materials that meet their needs.

As the first post in this series discusses, states have moved to improve their curriculum using open educational resources, or OER. In doing so, states’ new approaches to purchasing, developing, and sharing curriculum have shaken up the marketplace, opening up opportunities for new competition. These new state practices are not only improving the quality of offerings, but also providing students with more equal access to timely and relevant curriculum.

Throughout the 1990s and early 2000s, an accelerating series of mergers and takeovers in the publishing industry resulted in a largely stagnant curriculum marketplace. By 2010, this consolidation had left behind just three major publishers which dominated nearly 90 percent of the PreK-12 market: Houghton Mifflin Harcourt, Pearson, and McGraw Hill. While there still appeared to be dozens of curriculum options for districts, the competition was largely illusory—the same three companies owned the majority of the titles.

Why does this market consolidation matter? In 2007, the International Association for Research on Textbooks and Educational Materials published a review of the research available on the textbook industry, which drew out an important finding: “As conglomerates gained control of the textbook publishing industry, barriers to market entry and survival posed by increasing production and marketing costs did not portend well for improving the quality of products.” In other words, with little threat of competition and a new focus on marketing, these companies had few incentives to improve upon the quality of their curricular materials, or take advantage of emerging technologies to create more engaging content.

This concern wasn’t just hypothetical. After the vast majority of states adopted the Common Core in 2010, a competitive marketplace would have responded to this national shift in academic standards. Report after report, however, showed that the curriculum marketplace did not. In 2015, EdSurge reporters Louis Freedberg and Theresa Harrington reported that curriculum continued to be the primary sticking point for many districts working to implement these new academic standards in classrooms. “Textbook publishers were slow to come up with materials that were fully aligned to the Common Core standards,” Freedberg and Harrington wrote. They continued, “In many cases, materials that were purportedly aligned with them were just hastily updated versions of older materials.”

The quality of these ‘hastily updated’ materials didn’t hold up under close scrutiny. As an example, a 2015 review of the math curricula available in the marketplace conducted by Edreports.org, an education nonprofit, found that the majority of the resources were not aligned to the Common Core (in ELA it wasn’t much better). While publishers contested these findings, other analyses have continued to show there are few curricula that fully meet the needs of states and districts.

One of the only sets of resources that has consistently received high marks is the state of New York’s math curriculum. The New York State Education Department didn’t write this curriculum itself: The state requested proposals from curriculum writers that were willing and able to write high-quality materials for them, which would be paid for with funds from the state’s federal Race to the Top grant. New York's request for proposals made clear that the materials developed for the state would be made available free of charge on the EngageNY website, for anyone to use, adapt, and share.

This was an entirely new approach to procuring curriculum, and it opened up new opportunities for competition in the marketplace. Instead of simply buying whatever publishers were selling, New York used its market power to demand the resources it needed.

It should come as no surprise that the major textbook publishers did not respond to New York’s request. But several smaller education organizations with the necessary expertise in curriculum development were in a position to step up and create the materials. One of these organizations, Great Minds, won all the state contracts to develop the full PreK-12 EngageNY math curriculum. After the adoption of the Common Core, Great Minds saw a clear need for high-quality math curriculum that moved beyond a procedural understanding of the subject, Great Minds CEO Lynne Munson told me in a recent conversation. Her organization had been looking for funding to support their work, and the opportunity to develop the materials for New York presented a clear opportunity. After winning all the state contracts for math, Munson told me, “over the course of two and a half years, we produced over 70,000 pages of comprehensive math curriculum.”

Given this major opportunity to break into the curriculum marketplace, Great Minds has now gained a national foothold as one of the top Common Core-aligned math curricula developers. In addition to its open math curriculum—which Great Minds calls Eureka Math—the organization also offers several paid services that build upon the open content: It sells printed copies of the resources and also markets an enhanced digital version of the curriculum online. According to Munson, the proceeds from these activities are used to maintain and update the materials, as well as create resources in additional subject areas.

Outside of New York, several additional organizations have started developing open curricula in the PreK-12 space as well, including new mathematics materials from Open Up Resources, seven new high school STEM textbooks from OpenStax, and most recently, a new history curriculum from Core Knowledge.

There are also a growing number of organizations that provide teacher professional learning opportunities based upon open content, supporting the development of open pedagogy. One example is UnboundEd, an education organization which spun out from New York’s work to develop EngageNY. Kate Gerson, managing partner of programs at UnboundEd, worked with the New York State Department of Education early on in the process of developing EngageNY, while she was at the state’s Regents Research Fund.

“We knew that the curriculum would change the game,” Gerson said, “but a lot more work is needed to support adults using it.” To help meet this need, UnboundEd has developed a valuable collection of open professional learning resources that wrap around the EngageNY curricula to help teachers build content-area expertise and a stronger understanding of the standards progressions, which will work to improve their practice.

Another prominent example is the Institute for the Study of Knowledge Management in Education, or ISKME,  which has been working since 2002 to support teachers working with OER, in part through the use of content that ISKME curates in OER Commons.

This reinvigoration we’re seeing in the curriculum marketplace did not happen on its own—it happened because states are stepping up to demand high-quality curriculum options for their districts. By employing new approaches to purchase, develop, and share curriculum, states like New York are driving innovation in the marketplace—not just for curriculum, but also for teacher professional learning. And by freely sharing these curricula, they are also providing more equal access to the resources students need to learn.

While there are promising examples emerging, there is still a significant amount of work to be done to ensure high-quality options are available in every subject area, for every grade level. More states need to demand better resources for their districts. If states and districts don’t lead improvement in the marketplace, history’s shown us what is likely to happen.