States Can and Should Hold Federal Student Loan Servicers Accountable 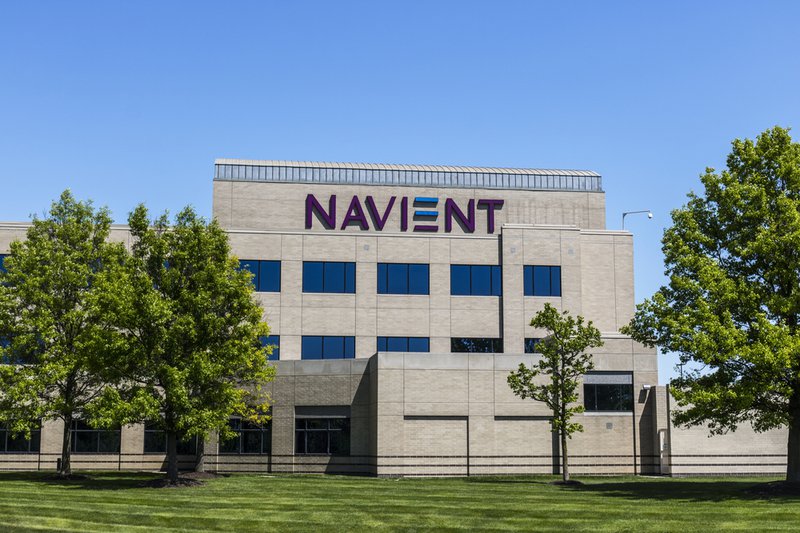 In 2015, the Obama Administration began the long process of determining how best to hold accountable the companies hired to service the federal government’s $1.3 trillion student loan portfolio. But after more than two years of interagency collaboration, input from industry leaders, and feedback from current borrowers, pre-existing federal efforts to improve the student loan servicing system may have now been put on ice. At the same time, however, parallel state actions to keep these companies accountable are only starting to heat up. And despite claims to the contrary, states appear to be safely within their legal authority when requiring that loan servicers apply for state licensure and abide additional regulations.

As the face of the federal student loan program, servicers not only collect payments, but are also expected to guide borrowers through a maze of different repayment options, each with different terms and eligibility requirements. Unfortunately, several servicers have made this process even more difficult to navigate. Lost paperwork, faulty information, and misapplied payments are a few of the common complaints lodged against the nine contractors currently on the government’s payroll. But in addition, several servicers acting to maximize their own revenue have even been accused of intentionally misleading borrowers to pursue options not in their best interest. Perhaps the most notorious of the U.S. Department of Education’s (ED) loan servicers, Navient, has found itself embroiled in multiple federal and state lawsuits for its poor performance. In addition to other negligences, the Consumer Financial Protection Bureau (CFPB) has sued  the company for deliberately pushing  borrowers into short term fixes in lieu of long-term solutions  that could have lowered borrowers’ monthly payments. These misdirections not only cause borrowers a great deal of headache, but they can even sometimes tip the scales for those on the cusp of delinquency and default.

To address these issues and improve the quality of customer service borrowers receive, the Office of Federal Student Aid (FSA) began updating the entire system of federal student loan servicing last year.  But in a dramatic move earlier this summer,  Secretary of Education Betsy DeVos rescinded a critical policy document sent from then-Undersecretary of Education, Ted Mitchell to the former Chief Operating Officer at FSA, James Runcie, which outlined the Department of Education’s (ED) guiding principles about what to include in a new system (commonly referred to as “The Mitchell Memo”).

By revoking the Mitchell Memo, DeVos signalled that this important and time-consuming work from the last administration could all be for naught. For instance, to ensure nothing was left open to interpretation, FSA had painstakingly amassed a list of nearly 5,000 specific expectations to include in a future  student loan servicing contract. As expected the Trump Administration struck several of these provisos in May, but ED officials initially seemed like they may maintain many of the Obama-era additions. Earlier this month, however, DeVos took an abrupt step: In addition to the tinkering that her staff had already done to the list of requirements, DeVos scrapped the existing recompete, suggesting that her Education Department may revisit the entire premise part and parcel.

Beginning anew the Trump Administration will add several years to an already tight timeline. And since contracts expire in 2019, the Department will likely be forced to temporarily keep current servicers on the job  (despite their bad track records and at no small cost) as a stopgap until FSA is prepared to solicit bids for any new system it devises.  Even if the new version of the recompete includes many of the same borrower protections outlined in the Mitchell memo, though, it will still delay the effective date for those improvements. Borrowers can’t afford to have unhelpful, clumsy customer service any longer than necessary.

Fortunately, borrowers living in Connecticut, California, Massachusetts and Washington, D.C. might see some additional protections in the meantime. Instead of waiting for the federal government to wrangle its servicers, licensing agencies in these four states have begun quietly building their own enforcement regimes. For some, these laws correct a blindspot left by the move from a guaranteed federal loan program to one in which the government provides direct loans to borrowers. As a result of this switch seven years ago, federal servicers may have been out of some states’ jurisdiction until now. While for others, these changes sprung from a more general effort to define how state law will be applied to poor-performing servicers.

In addition to the four states that have laws on the books to bring federal student loan servicers into their regulatory purview, similar proposals are under consideration in Colorado, Illinois, Maine, Missouri, New Jersey, New York, and Washington State. By mandating that federal servicers be licensed to accept payments from student loan borrowers within their borders, much like other financial institutions are, state agencies will have the power to monitor and supervise federal student loan servicers’ behavior. If a servicer is discovered to be engaging in illegal practices, the state banking authority or another state department that grants the license, can assess hefty punitive fines until the misconduct is rectified. An agency could even revoke a license, though this threat is exceedingly rare.

As the federal recompete took center stage, state laws to hold servicers accountable were forming on the periphery. But with the recent reset by the Trump Administration, stakeholders have quickly begun to shift their attention to understanding how these new state laws may affect business. Last month, the National Council of Higher Education Resources (NCHER), the main trade association for student loan companies, sent a letter to the Department of Education arguing that federal laws and regulations preempt state action. The group requested that the Department issue guidance confirming this view. Furthermore, NCHER claimed that any efforts to regulate servicers at the state level will create a confusing patchwork of compliance criteria that will be difficult to manage and could drive up costs. And NCHER worried what may happen if a state decides to revoke a servicer's license to operate since student loans are generally assigned to a company without a borrower’s input.

Although state licensure requirements to better hold accountable student loan servicers may be a promising first step, the implementation of these regulations will certainly require careful federal-state coordination to prevent any hiccups. Despite its unlikelihood, the federal government should have a plan in place if a state revokes licensure or charges steep penalties that hamper the company’s ability to perform its responsibilities.

NCHER’s primary point, however, is less compelling. State governments believe they are well within their right to implement borrower protections that go above and beyond federal regulation. This is partly because a January 2016 response from the Department of Education’s nonpartisan Office of the General Counsel to an inquiry from the State of Maryland on the subject appeared to give state governments the green light. In the letter, the Department assures Maryland that “Such regulations would not conflict with the Department’s contracts with [federal servicers], which provide generally that loan servicers and [Private Collections Agencies] must comply with State and Federal law.”

Regardless of how the Trump Administration proceeds, states can and should hold federal student loan servicers accountable. But there should also be no confusion: These efforts at the state level are no substitute for much-needed federal action.